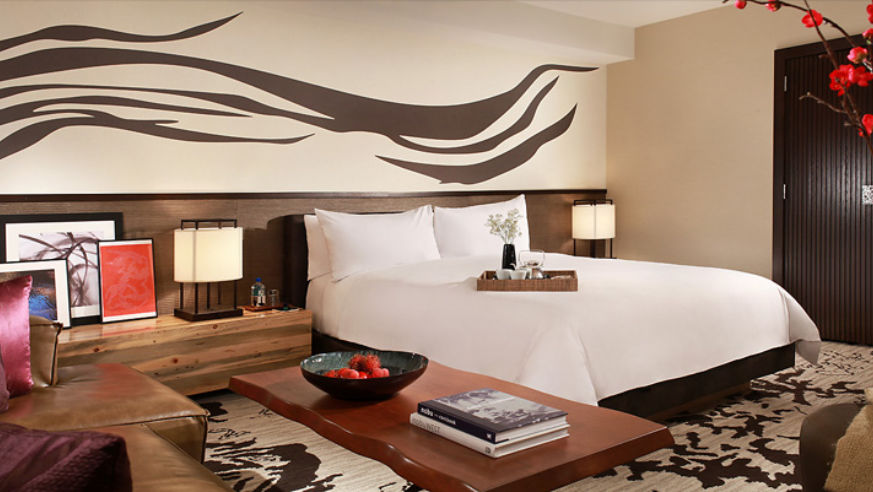 According to Madonna, "you can tell how much fun a city is going to be if Nobu is in it." Inspired by this kind of culinary success, chef Nobu Matsuhisa is branching out into the hotel space, the Wall Street Journal reported.

WillNobu's new hotel live up to the hype that has been created by his restaurant empire? Well, you can soon find out for yourself. Booking is now open and they have already sold out for January, when the hotel officially unlocks its doors for business. It will be a hotel within a hotel in Caesar's Palace in Las Vegas. Rates start at $249 per night, which feels steep for Las Vegas—a city where rooms average $91 per night, according to one Hotwire report.

The brand will be built around Nobu's signature cuisine, with room service carrying menu items such as yellowtail sushi with jalapeno and green tea waffles. The minibar will stock Japanese beer and sake and even the bath amenities, which are scented with rosemary and white tea, have been designed specifically for Nobu.

They have six other properties planned across the world.

It's certainly not the first brand to venture outside it's core business to open a hotel chain (Armani, for example), but it is the first restaurant that I know of to open a hotel. Depending on how they do, I wonder if this will start a trend among other popular restaurant chains?

Would you be inspired to check out a hotel that was opened by a restaurant you like? Or do you think restaurants should stick to what they do best—preparing food?