How Safe Was Your Last Cruise? 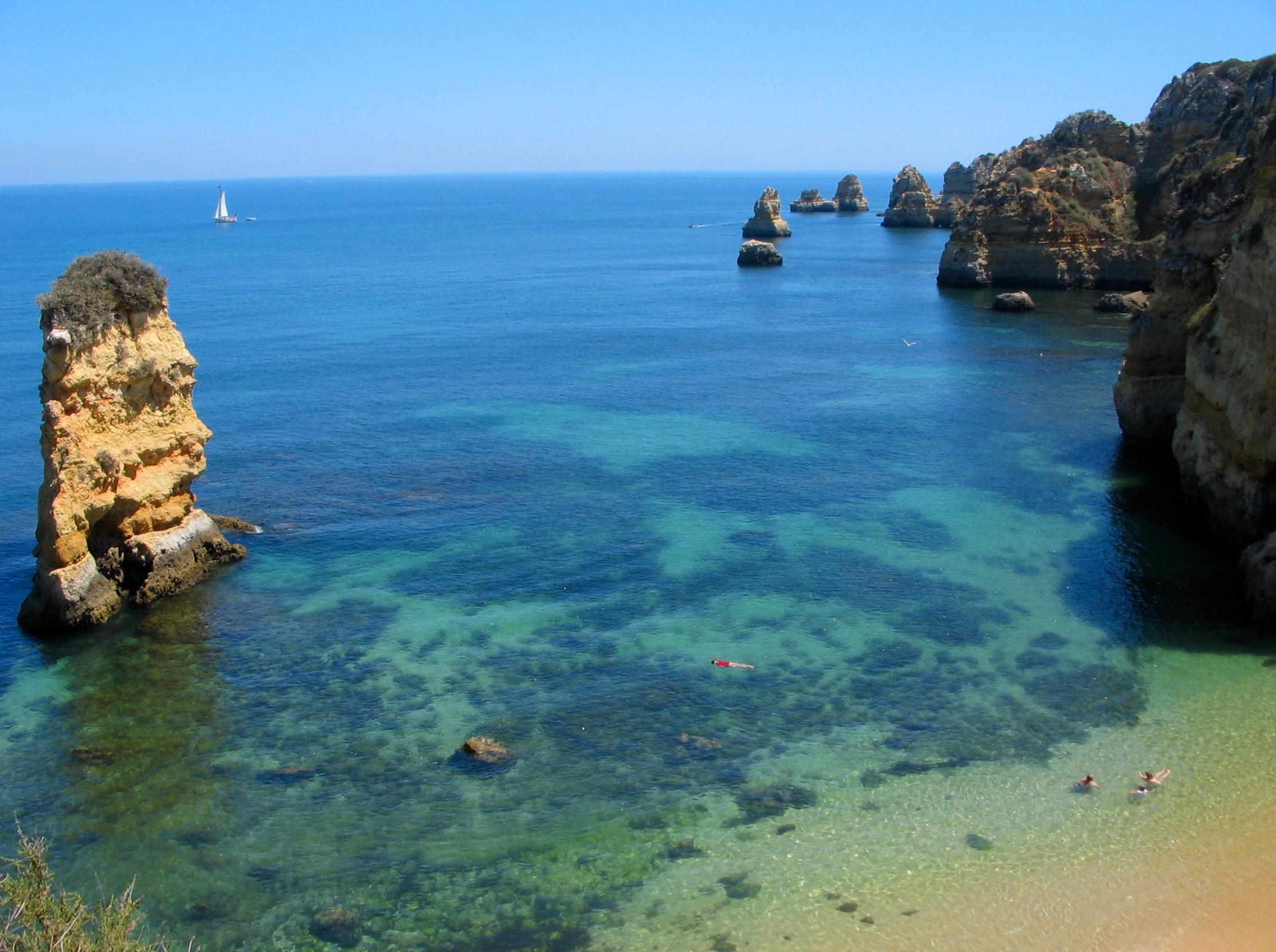 For anyone concerned with cruise ship safety, the capsized hulk of the 1,000-foot-long Costa Concordia stands as a grim sentinel in the waters off the Tuscan island of Giglio, where the vessel ran aground in January.

In Italy on Monday, pre-trial hearings began in a lawsuit brought by the families of the 32 people presumed killed in the accident (to date, 30 bodies have been recovered). The court prepared to hear data recorded on the ship's "black box," and the goal was to determine whether Captain Francesco Schettino should stand trial next year.

While Schettino himself has acknowledged his own blame in the accident—he brought the ship close to shore in a maneuver known as a "salute," and left the ship before all passengers were evacuated—both he and a board of court-appointed experts maintain (in a 270-page report) that some responsibility may lie with the cruise line, Costa Corciere, a division of Carnival Corp. In a finding that should resonate with anyone booking passage on a cruise line, the board noted that some members of the Costa Concordia's crew did not speak Italian, lacked current certification for safety and evacuation, and that some passengers had not been given the chance to participate in evacuation drills.

The ship struck a rock off Giglio on January 13, tearing a hole in its hull and rapidly capsizing; in the attempt to evacuate more than 4,000 passengers and crew members at night, more than 30 people died. Schettino was dismissed from Costa Corciere earlier this year, but he has sued the company, claiming his firing was unfair.

As more details from this terrible accident come to light, we'd like to hear about your own experiences with cruise safety. When you've sailed, what kind of opportunities did you have to participate in evacuation drills?

Even the most experienced cruises would benefit from downloading these three apps that give you the inside scoop on all the boats before you board and the ports you'll be visiting along the way. PortPal Make the most of your shore excursion with weather updates, ship itineraries, and guides to over 800 ports. Available for iPhone, free Cruise Finder Search deckplans, photos, and schedules for 220 ships across 20 cruise lines. Available for iPhone and Android, free Cruise Cam Take a peek through the webcams of nearly 100 ships and 150 ports worldwide. Available for iPhone, $1.99 Rather spend your vacation on dry land? Download our Ultimate Road Trips app today! MORE FROM BUDGET TRAVEL 10 Common Cruise Myths—Debunked 12 Top Tips from the World's Best Cruisers Your Top 5 Money-Saving Cruise Questions—Answered

Looks like Carnival's anti-chair-hogging policy has gone fleet-wide. We told you about the program last month, which was limited to the new Carnival Breeze. It was so successful (and scored so much goodwill with passengers) that the line expanded it to all of their ships. And other cruise lines are jumping on the bandwagon. According to Travel Weekly, Norwegian Cruise Line is testing the waters with on the Norwegian Star—with a 45-minute grace period before your belongings are removed. Unofficial policies are also in place on Holland American and Royal Caribbean, which limit saving to 30-minutes. Don't dilly-dally on some Princess sailings, though—staff is reportedly allowed to remove belongings after just 15 minutes. So three cheers for not having to get up at the crack of dawn to get a good seat by the pool. Now that that's taken care of, where else would you like to see policies like these put in place? MORE FROM BUDGET TRAVEL 10 Common Cruise Myths&mdash;Debunked 12 Top Tips from the World's Best Cruisers Your Top 5 Money-Saving Cruise Questions&mdash;Answered

The Next Wave In Cruise Ships

What will be new in cruise ships for 2013? Here's a sneak preview of Norwegian Breakaway and Royal Princess, plus an update on little known Azamara Club Cruises. Norwegian Breakaway In May, Norwegian Cruise Line launches its twelfth ship, a 4,000-passenger beauty. The Breakway's home port will be New York City. The vessel will sail 44 trips a year, visiting ports in Bermuda, the Bahamas and Orlando [CLARIFCATION: Aug. 19. meaning nearby Port Canaveral, Fla.]. One of the ship's specialties is entertainment. Expect Broadway-style shows, such as the 80’s-inspired rock musical "Rock of Ages," and a Cirque du Soleil type extravaganza. The ship will be unique in offering open-air seating for eight of its optional restaurants, such as one created by celebrity chef Geoffrey Zakarian. These restaurants will be part of an oceanfront, three-story boardwalk. Royal Princess With 3,600 berths, the ship is Princess' largest ship to date and arrives June 2013. Some perks include an upper-deck pool exclusively for adults, a glamorous piazza-style atrium that's 50 percent larger than on other Princess ships, and the largest-ever Movies Under the Stars screen. Most eye-catching of all is the glass-bottomed enclosed walkway that cantilevers over the side of the ship's upper decks. Passengers can look straight down to the ocean 28 feet beneath them. The new cruise line many people don't know about Azamara Club Cruises This brand, launched in 2010 by Royal Caribbean Cruises, stands out from competitors in a critical way: It stays overnight in port much more often than the average ship, giving guests more of a chance to explore destinations. This matters because Azamara travels to unusual ports, from the Isle of Skye to Israel's coastline. MORE FROM BUDGET TRAVEL Viator's New Website Offers Cheaper Shore Excursions Than Cruise Lines Offer A Sailable Feast: What's New in Cruise Food Cruises: New Site Predicts When You Should Book

Help Me Plan A Family Reunion At Sea!

Growing up, I was the resident contrarian at my house, and nothing brought out this tendency more than family vacations. My parents took us to Washington, D.C., to meet one of our senators and get a tour of the Capitol and I insisted on a side trip to, of all places, the Pentagon. (Sorry, I was a little boy. And I lost that argument, by the way.) Two weeks on Martha’s Vineyard? I was perfectly content to skip drop&ndash;dead&ndash;gorgeous South Beach and read Bleak House in a comfy chair at our rental home. So, when my siblings recently suggested that we attempt a “family reunion at sea,” booking a cruise that would include my parents along with all of their adult children, significant others, and grandkids, I was the one who raised the annoying questions: Seriously, all of us? On a boat? Where? When? How? It occurred to me that my favorite travel experts, Budget Travel readers, could slap some sense into me on this topic. Have you ever organized&mdash;or even just attempted to organize&mdash;an extended&ndash;family cruise? I’d love to hear your success stories: How did you get the ball rolling? How did you accommodate special needs like handicap access and dietary restrictions? How did you manage to keep the seventy&ndash;somethings, the preschoolers, and everyone in between literally and figuratively onboard? And, of course, my inner contrarian is just as interested in hearing about the quirky, unexpected, and, as we say in BT’s True Stories section, just plain bizarre. &mdash;Robert Firpo&ndash;Cappiello MORE FROM BUDGET TRAVEL Secrets to the 10 Most Popular Cruise Ports 10 Common Cruise Myths&mdash;Debunked 12 Top Tips from the World's Best Cruisers