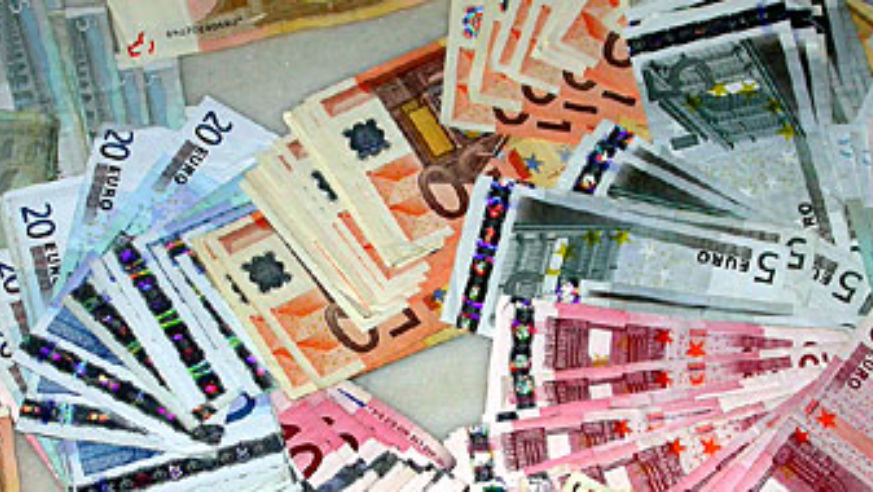 It's frustrating. When everyone was planning their vacations earlier this year, the euro and the pound were bashing the dollar. The cost of a McDonald's Big Mac was $5.34 in Europe this summer on average, or roughly twice what it cost here at home.

But in recent weeks, the dollar puffed up in value and reached a two-year record high against the euro. A $1.27 gets you a €1.

The dollar has also strengthened against the British pound. Last spring, you needed $2 to get a British pound. Now you only need $1.61—which is a good thing.

Paradoxically, right at the moment when the dollar is strengthening, you are probably cutting back on your expenses and not traveling as much.

Worse, after this economic storm passes, the dollar will probably weaken again. But by how much? Consider that it has fallen about 20 percent against the dollar since last spring.

I'm no currency trader, and future trends are anybody's guess. But let's say that you thought that there would be a 10 percent rebound by next August. If you did, what would than mean for you? Suppose you set aside $2,000 today for a trip to western Europe next summer. That money will fetch you 1,576 euros today. If the greenback gains in value by 10 percent next summer, the same $2,000 will buy you fewer euros—the equivalent of losing roughly $200.

We've come up with a couple of ways for you to lock in today's low exchange rates for a trip within the next year—whether it's euros or pounds you'll need.

Option one: Hoard euros and pounds now. Get them at a foreign-exchange firm like American Express—or at a bank like Wells Fargo.

Sadly, if you do this here in the U.S., you'll pay high fees. Wells Fargo, for instance, charges a shipping fee is $8 if you order foreign currency online. (If you have an account with Wells Fargo's bank, you can pick up the currency at no charge at one of its locations.)

How does that $8 fee compare to the cost of using your ordinary ATM bank card to withdraw cash overseas? Well, the answer is pretty complicated. For example, say you use your bank’s debit card to withdraw $400 equivalent of Hong Kong Dollars from an ATM. You would typically (with a major bank like Citibank or HSBC) be charged 3 percent for the foreign exchange conversion and a foreign transaction fee of about $15. You might also get a $2 foreign ATM fee (the same as if you withdrew from an ATM belonging to a different bank than your own in the US.) Total cost: $29 for a $400 withdrawal. That equates to roughly 7 percent fee. But on the other hand, your bank would offer you a pretty good foreign currency exchange rate through Visa, Mastercard, or a similar interbank system. In contrast, Wells Fargo (like other banks) marks up the currency exchange rate by about 3 to 4 cents on the dollar. So there is a "hidden" fee.

The short answer: The fees are pretty much the same whether you get cash, use an ATM, or a credit card. But if you get your cash now and hoard it for later, you may save money by "hedging" against a weakening of the dollar's value internationally.

Option two: Buy a pre-paid currency card. Consider the Travelex Cash Passport, which debuted in euro- and pound-denominated versions in the U.S. last May.

The Cash Passports are pre-loaded travel cards. There is no bank account involved. You put a set amount of money in the account and spend it anywhere that accepts Mastercard. (The cards look just like credit cards and have the Mastercard logo on them.)

If you lose the card, call Travelex and it will stop withdrawals on that card and issue you a new one. Traveling with someone else? You can have a second card for them with access to the same shared pool of money, so that both of you stick to your joint travel budget.

You can use the card to pay for hotel stays, restaurant meals, or purchases at stores—without any fee.

You can also withdraw euros from ATMs that operate on the Mastercard, Maestro, and Cirrus systems. (Travelex says its Cash Passports are on so many ATM networks that it has never heard of anyone being unable to withdraw cash from an ATM in western Europe.) As usual, the ATM you use may charge a fee of about a couple of dollars. Plus Travelex will charge a fee €1.75 or £1.25 per ATM withdrawal, but no percentage-based fees.

On the plus side, you don't pay conversion fees (remember the 3 percent fee we talked about above?) or a transaction fee (that's either flat like $15 or a percentage, like about 1 percent). You skip those.

On the downside, there is a different, pesky fee to worry about—but we'll tell you now how to avoid it. You see, if you don't have "activity" on your card within 12 months, Travelex will charge you an inactivity fee (roughly between $3 and $4 a month). But you can avoid this fee by topping off the card—for free—with a little more cash every 12 months.

A card costs $10 to buy from a Travelex retail location. (Some banks also sell the card and they may charge a small purchase fee, too.)

We mentioned above that banks mark up the cost of euros over the wholesale rate quoted on websites like xe.com—which are the rates used when money is transferred electronically between banks. Consumers pay a markup of about 7 percent on these rates when they withdraw money through an ATM. Travelex charges a similar markup over wholesale: It's approximately 5.5 to 6.5 percent. When you factor in the $10 fee for the card, buying a Travelex Cash Passport is a competitive option compared with buying euros from a bank or currency dealer.

Cash Passports are sold at more than 100 retail Travelex locations in the U.S. Please be sure to bring a photo ID to buy a card.

You may also buy it online, thought the process appears to be more complicated, plus you have to pay a shipping fee of $15.

You'll soon also be able to purchase the card at community banks, credit unions, and U.S. Bank branches. We recommend you look up the nearest seller of the card at Mastercard's locator site.

[Of course, like everything in finance and life, nothing's perfect. By putting all this money into cash, you are missing out on gains you could make by instead putting your wad of cash into an interest-bearing account. And who knows, maybe inflation is going to go through the roof.]

Please be aware that in Britain, you may have difficulty using the card (as well as standard debit and credit cards issued by major U.S. banks) at some pubs, gas stations, and convenience stores that require a card to have a "smart" microchip built into it (instead of a magnetic strip, which is what the Travelex Cash Passport card has) and a personal identification number (or P.I.N.). Executive vice president of Travelex Christopher Russell says, "We have projects under way to include Chip and P.I.N. within the coming 12 to 18 months." Note, major banks also have plans underway to update their credit cards.

Bonus material! While we're on the topic, could you open an account in a foreign currency in an online bank? The answer is, sadly, "not easily." You can't open an overseas bank account from the U.S., and you have to have an overseas bank account if you want to make ATM or bank withdrawals while you're traveling abroad. Of course, on your next trip overseas, you could open a bank account locally. (Call ahead to make sure you bring all the necessary personal financial documents.) That way, you could keep your money in euros (or other currencies) and withdraw it easily when you travel someday.