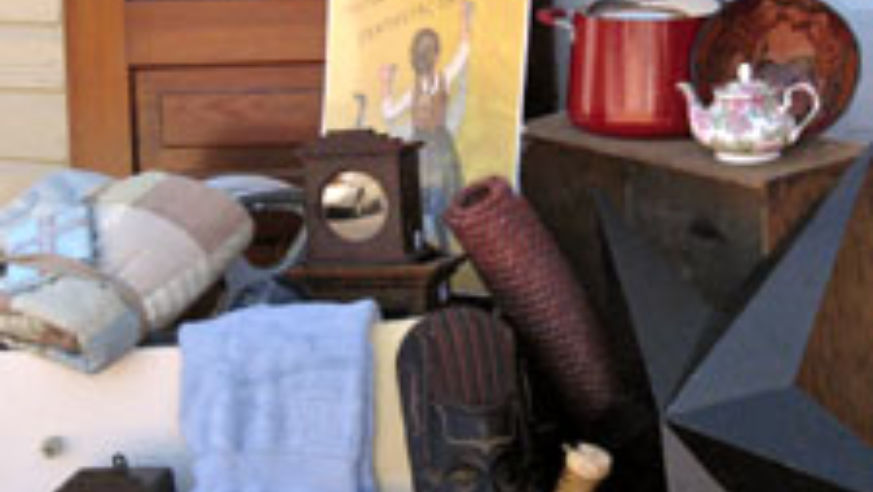 Transportation Security Administration officials at airport checkpoints have confiscated millions of items annually since 9/11; chain saws, fuzzy handcuffs, nunchucks, and ulus (round Eskimo chopping blades) are among the craziest. The contraband is turned over to state surplus agencies, and our recent story Leftover Loot details where you can puchase it in stores and online.

Not only is more stuff being confiscated, but the amount of lost and mishandled luggage is rising. On the eve of Thanksgiving—when an estimated 27 million passengers are expected to be flying—theNew York Times reported that all major airlines have had increased difficulties with baggage in 2007. ("One in every 138 checked bags was lost during the first nine months of this year, compared with one in 155 bags a year earlier.")

After 90 days, an unclaimed bag's contents are put up for sale at the aptly named Unclaimed Baggage Center (UBC), a 40,000-sq.-ft. store and the biggest tourist attraction in tiny Scottsboro, Ala. The UBC has seen its own share of oddities, from a suitcase full of Egyptian artifacts dating to 1500 B.C. (sold to Christie's) to a 5.8-karat solitaire diamond ring (bought by a couple from Tennessee for $23,000).

More than 7,000 items arrive daily, and spokeswoman Brenda Cantrell cautioned that the privately-owned UBC can't take requests to search for anything specific. Disgruntled callers are instead invited to make a trip to Scottsboro—as are interested shoppers. The press-savvy store's website allows you to take a tour and read about surprising finds, but not to make online purchases.

According to Cantrell, the UBC has only one documented case of a retrieved lost possession: A man passing through on business picked up a gift for his wife, who had the unexpected pleasure of being reunited with lost ski boots that had her initials monogrammed inside.

A photo of assorted goods for sale at the Unclaimed Baggage Center (courtesy of the UBC).

RELATED: Tired of lugging your luggage? Ship it!, Pack to Avoid Checking Luggage, and Confessions of a Baggage Handler.