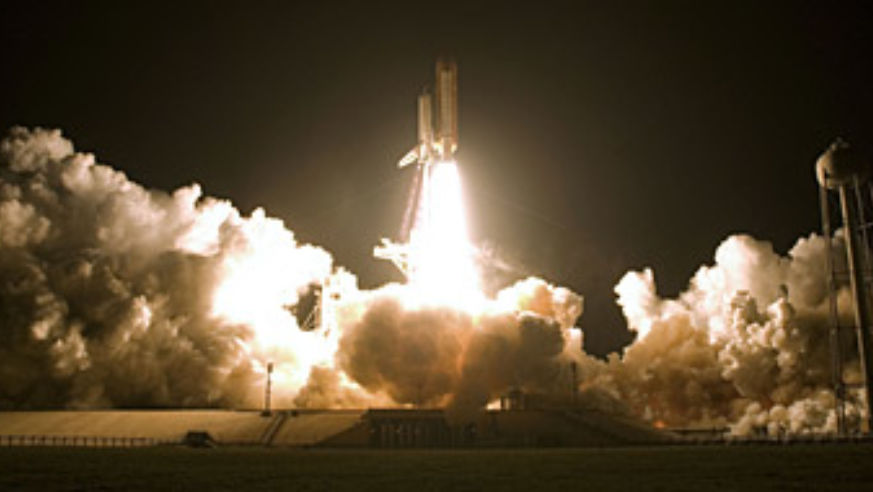 Courtesy NASA
The Space Shuttle Endeavour lifts off on Nov. 14, 2008

Go for lift off!

NASA will conduct 10 more launches of space shuttles before it retires the Endeavour, Discovery, and Atlantis. If you don’t see one of these launches by the end of 2010, you may have to wait a while. A new series of manned spacecraft, Orion, might not take to the skies until 2014.

NASA regularly updates the launch schedule on its website, but the agency usually changes the schedule repeatedly—including at the last minute. Plan to be around Cape Canaveral, Fla., for at least two days—the scheduled day and the day after. (We suggest you arrive a day ahead of the launch date so that you can take a tour and snap photos up close of the space shuttle on the launch pad.) The area immediately around Cape Canaveral isn't that interesting, but Orlando is about a 45-minute drive west, and the Spanish colonial town of St. Augustine, Fla., is only about two hours north.

Here's where to catch the best views

The closest you can get to a rocket launch is the NASA Causeway, which offers a clear view from a spot five-and-a-half-miles from the launch pad. At this spot, you'll hear official launch countdown commentary and have access to restrooms. Visitors must buy a launch transportation ticket and admission to the Kennedy Visitor Complex.

The other officially sponsored option is The Rocket Garden at the main buildings at the Kennedy Visitor Complex. At the Rocket Garden, you’ll be able to hear launch briefings, talks by astronauts, and a live NASA countdown. You'll also see video presentations on a jumbo-sized screen. But the Center is six miles from the launch pad, and a treeline partially obstructs the view of the take-off.

Tickets for both sites, which include a tour of the Kennedy Space center, become available from the Kennedy Space Center by phone at 321/449-4444 about six weeks before a launch. They cost $40 to $85, varying by the launch date you pick and the location you choose. Tickets are limited. The next launches are Discovery on February 12, 2009, Endeavour on May 15, 2009, and Atlantis on July 30, 2009. Updates about future launch tickets can be found on the space center website: kennedyspacecenter.com

A word of caution

Watch from an off-site location. NASA recommends four different locations (the first three listed on this webpage are free). Listen for launch details on the radio on AM stations 1240 and 1350.

Can't make it to Florida?

Here's a minute-and-a-half video with a synchronized collection of space shuttle launches.