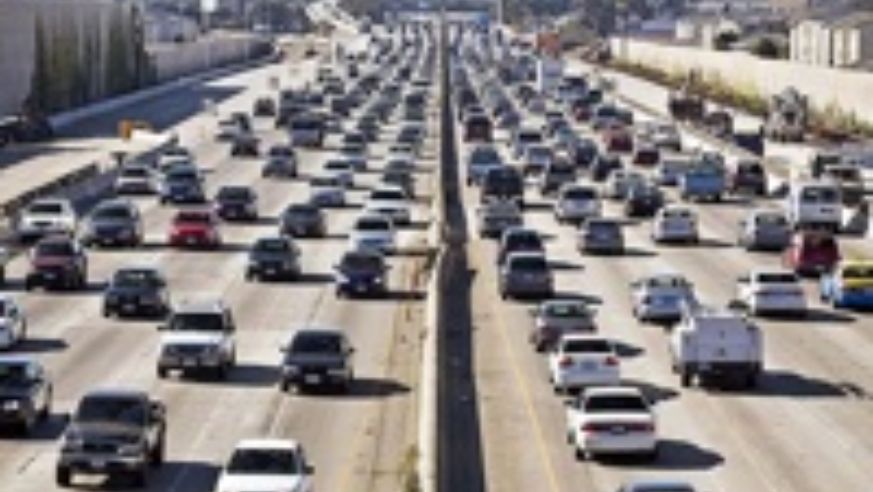 Courtesy bart_everett/Flickr
Traffic on the 405 in Los Angeles

It's been deemed "Carmageddon" — Interstate 405, the major north-south freeway on the Westside of Los Angeles, will be closed starting this Friday at 7 p.m. through Monday, July 18, at 6 a.m. between Interstate 10 and the U.S. 101.

And yes, Angelinos have been fretting about the havoc it will wreak for weeks. But on the upside, numerous hotels, eateries and entertainment venues across the city are having "Carmageddon" deals and discounts for locals and visitors, to help ease the pain of the traffic jam of the century.

Shutters on the Beach in Santa Monica is offering a Big Delay Package, a $405 nightly rate on a deluxe room with king bed for three nights. Hotel Oceana in Santa Barbara has an Escape the 405 offer, which includes a 15% discount and $4.05 cocktails and food all weekend. And the Terranea Resort in Palos Verdes is offering 40.5% off room rates as part of its Escape from the 405 Freeway Shutdown special.

The blog WhereLA.com has a list of specials and happenings to get West Coasters through the event.

The closure is to allow for the demolition and reconstruction of the Mulholland Drive Bridge to accommodate the widening of the 405 freeway and to add a northbound high-occupancy vehicle lane through the Sepulveda Pass, according to the Los Angeles County Metropolitan Transportation Authority.

"Plan ahead, avoid the area or stay home July 16-17," LACMTA advises. It has numerous tips and information about how to get around on its website, including "A two-wheeled guide to Carmageddon," about exploring Los Angeles by bike.

LA Inc., the Los Angeles Convention and Visitors Bureau, has launched a section of its website devoted to "405 Things To Do" during the freeway closure.

Additionally, starting at 4:05 p.m. on Sunday July 10th, LA Inc.'s Twitter account started a campaign to tweet 405 fun and iconic things to do in Los Angeles — without a car.

For travelers worried about getting into and out of the LA area this weekend, the Los Angeles International Airport, which lies just off the 405, has a detailed portion of its web page about how travelers should get to and from the airport in order to catch their flights during the freeway closure. In addition to arriving extra early, the airport suggests several shared-ride options, including Nonstop LAX Flyaway buses, shuttle van services, buses and taxis. LAX also suggests taking Metro Rail, Metrolink or Amtrak to Union Station downtown where there will be LAX Flyaway buses to the airport, or spending the night near the airport.