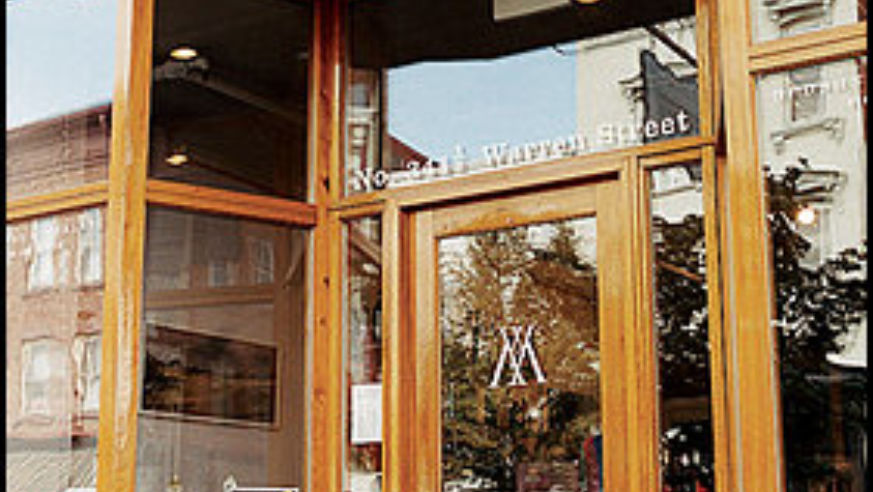 Hudson has come a long way in the last 200 years. The 19th century saw it go from thriving port to mob-run den of mayhem. Drawn in part by the colonial architecture that somehow survived the town's ups and downs, Manhattan designers rediscovered Hudson in the early 1990s as an antiquers' paradise. Today, it's entering its third act. A new community of urbanites is making the two-hour trip up from New York City, downsizing, and living out their low-key fantasies. Take Leong Ong, a fashion designer whose women's clothing is sold at Barneys, Henry Lehr, and Fred Segal; two years ago, he chose Hudson for his only stand-alone store (409 Warren St., 845/687-7516).

"It's eclectic, with lots of artists and writers," explains Michael Albin, a former English professor who moved here in 2004 with his wife, Marianne Courville, and their daughter, Beatrix. The erstwhile Brooklynites filled a niche with their shop, Hudson Wine Merchants. A corner is cordoned off as a play area for Beatrix; the family lives on the second floor; and the top floor houses a photography gallery that's curated by Courville (3411D2 Warren St., 518/828-6411).

Jeff Gimmel and his wife, Nina Bachinsky Gimmel, also decamped from New York. "We were burnt out on the city," explains Jeff, who had been executive chef at power-lunch spot Michael's; Nina worked in the pastry kitchens at Union Square Café and Le Bernardin. In 2004, the couple started their own business: Swoon Kitchenbar, which features food from local farms and flowers picked by Nina's mom (340 Warren St., 518/822-8938, butternut squash risotto $18). "Five minutes away, you're in farmland," Jeff says. "Yet in town, it feels like lower Manhattan--you can see art, get a nice bottle of wine, and still do Pilates."

Kelley Drahushuk is a native Hudsonite who left and moved back. Last summer, she and her husband, Alan Coon, opened The Spotty Dog Books & Ale in a former firehouse. Browsers linger over glasses of wine and pints of Evans' Ale, which is brewed by Drahushuk's uncle, at a bar made from wood that used be a lane in a bowling alley (440 Warren St., 518/671-6006). Drahushuk never imagined she'd return. "There was no café!" she says. "There was no cute lunch spot!" But she couldn't resist the eternal lure of cheap real estate: "I've always wanted to have a little store of my own, and we could do that here."