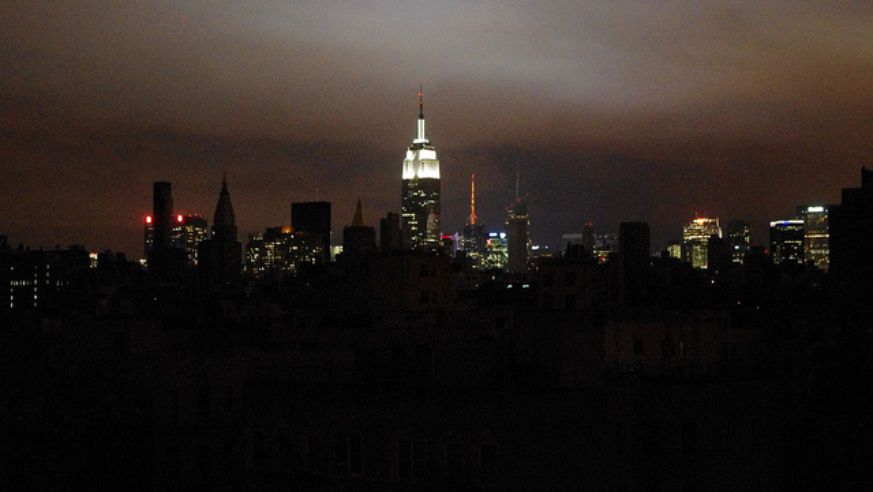 With major damage in the outer boroughs and half of Manhattan in the dark, hotels have been a refuge for displaced residents.

Hotels have played a pivotal role in hurricane recovery in New York City, where residents are still in the midst of putting their own lives back together and trying to clean up what remains of their homes, locating loved ones, and helping their neighbors cope with Sandy's aftermath. There are stories on the news of local residents below 39th Street in Manhattan—where power is nonexistent—who took everything they could carry and chose to stay in hotels until things settle down and power, water, and heat are restored. In parts of Staten Island, probably the most damaged of the five boroughs, people evacuated to stronger built hotels and now have no homes to return to in the wake of the storm. This was a major problem when the marathon was still scheduled, since thousands of runners had reservations close to the Staten Island starting line. The Huffington Postreported that Richard Nicotra, the owner of the Hilton Garden Inn in Bloomfield, New Jersey, was standing up for the evacuees, and refusing to give their rooms to Marathon runners, an act which received plenty of praise on social media as more hoteliers continue to struggle with finding an appropriate solution.

At the same time, hotels in Manhattan below the power line (aka. at this time, anything south of 39th Street) are still putting up visitors on their properties with or without power. According to an article by USA Today, The NYC Pod Hotel is currently offering rooms for $160 a night and telling guests up front that there is no heat and barely any lighting except for the lobby and hallways, but there is hot water in the rooms and elevator access thanks to a back-up generator. Other hotels in the northeast are doing their part to help out, offering Sandy Specials and donating to American Red Cross relief efforts. Alternative hotels are getting in on it, too. Air B&B announced Wednesday it will not charge the extra fees it usually does to make a revenue so the money guests pay for a room goes straight to the people hosting-check out their Discounted Sandy Listingspage for discounted rates aimed at helping out stranded travelers and those displaced by the hurricane.