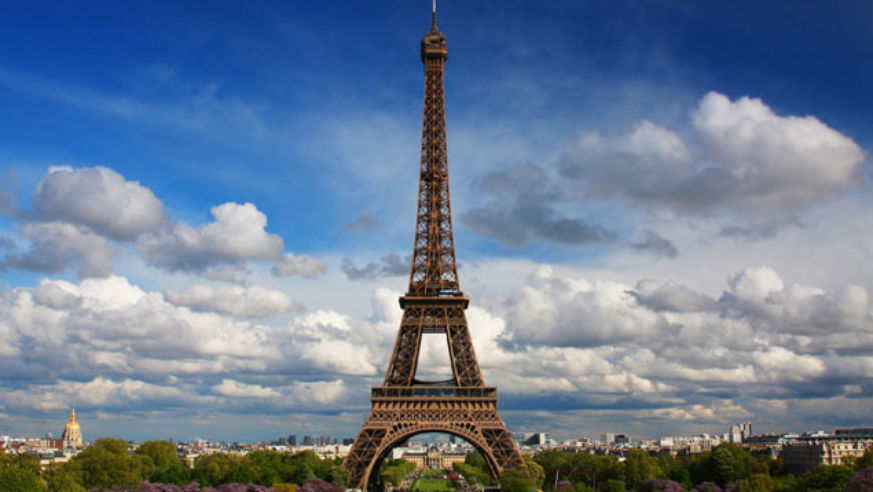 It's a romantic idea in theory, but a destructive one in practice: For years, couples visiting Paris have affixed padlocks to the city's Pont des Arts bridge and thrown the keys into the Seine as a symbol of their everlasting love. Awww. But what happens after the lovers stroll off the bridge hand in hand is far from sweet: The thousands of "love locks" hooked onto the river's bridges cause the railings to sag, forcing the city to replace the panels, only to have them fill up with locks again.

In its latest effort to deter lock-loving couples, the city has announced that it has replaced some panels of the Pont des Arts bridge railings with plates of thick shatter-resistant, anti-glare glass. If the experiment works, panels will be installed on other lock-infested bridges too, the New York Times reports.

Last month, city officials began encouraging couples to take a selfie on the bridge instead of clipping a lock to it and post the pic to Twitter using the hashtag #lovewithoutlocks. The photos then appear in a photo wall on the city's website.

Locals in particular, including the founders of the website No Love Locks, say the bulging walls of locks are eyesores that waste taxpayer dollars and impede historic preservation. That area of the Seine is, after all, a UNESCO World Heritage Site.

Serious conversations about responsible tourism aside, at least taking a selfie is free; buying a lock from a nearby vendor costs 5 to 10 euros, depending on size.