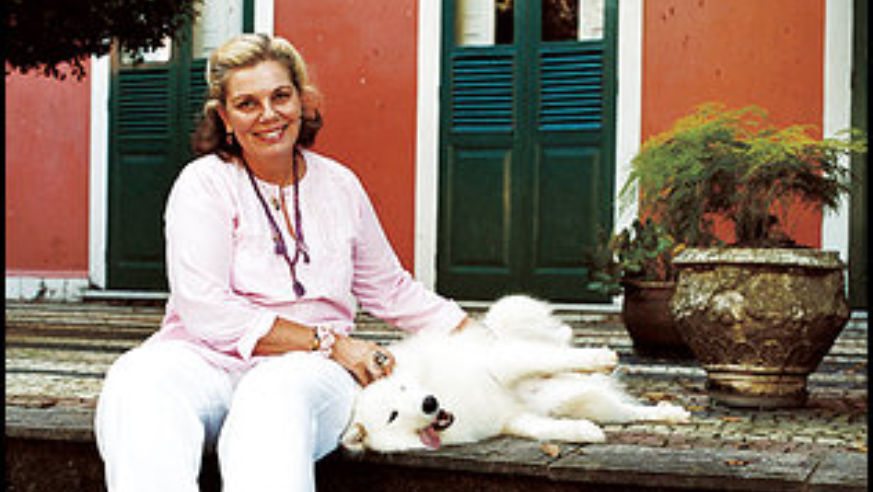 The neighborhood has had highs and lows. Now artist types are moving in--and its faded colonial mansions are being turned into friendly B&Bs

With a creak and a groan, the faded yellow tram lurches to life. As it has several times each day for the last 110 years, the Bonde leaves downtown Rio de Janeiro's Estação de Bondes Carioca station and begins the long, slow climb up the city's famed hills. It passes tall palm trees; groups of kids waving from the nearby favelas, the shantytowns built on the hills; walls speckled with graffiti; and the occasional shirtless man holding a cat as he gazes blankly out a window. About 10 minutes later, the tram grinds to a halt in Santa Teresa, Rio's bohemian quarter.

Everyone knows about the city's gorgeous beaches, its hedonistic Carnaval, the majestic Christ statue known as the Corcovado. But Santa Teresa offers a different experience of Rio: an authentic neighborhood where peasant skirts trump thongs. At once charming and edgy, packed with art studios and gracious colonial houses, Santa Teresa stands in stark contrast to the glitzy scenes of Copacabana and Ipanema. "This is a village, a small city in a big one," says Lucia Miranda, a 20-year Santa Teresa resident and a salesperson at La Vereda, a handicrafts store. "I love it here."

About a century ago, Santa Teresa was one of the most prestigious addresses a Carioca--the informal name for a Rio local--could have. Close to downtown but blessed with a cooler, less humid climate due to its hilly location, the district became home to many of the city's elite residents who built colonial and neoclassical mansions there.

Over time, however, Santa Teresa's charm faded. A devastating flood in 1966 led many inhabitants to leave. In the 1980s, huge influxes of relocated northern Brazilians created favelas in the adjoining hills, and some of their violence spilled over. (It's still wise to be extra cautious in Santa Teresa, particularly at night and while on public transportation.) But in the 1990s, the beautiful buildings--and cheap prices--sparked the current gentrification.

Today, many of those newly renovated mansions are taking guests, thanks to a B&B network called Cama e Café ("Bed and Coffee"). The three-year-old organization--the only one of its kind in Brazil--works with locals to make 50 to 80 houses available for overnight stays. "We really wanted to show the day-to-day lifestyle of a Brazilian family," says Carlos Magno Cerqueira, one of Cama e Café's three founders, who are all natives of Santa Teresa. Each guesthouse owner must complete a special training course with the program to learn the fine points of becoming a host. And using an online questionnaire, organizers narrow down the options, selecting three homes best suited to each potential visitor.

"There's a nice relationship between the hosts and the guests," Cerqueira says. "If they're going to a party, they often take the guests along as a friend." One of the most spectacular B&Bs is a 1932 white art deco house owned by Guido Sant'Anna. Sant'Anna moved to Santa Teresa from a ritzier part of Rio three years ago, drawn by the memory of visiting his grandfather, who used to live in the area. He now rents out three rooms, each for $72 a night, the best of which has romantic blue walls and a terrace overlooking the city.

Sant'Anna is also an accomplished baker; his signature creation is the Torta Crocante, a rich chocolate confection with a gooey interior and a crunchy top. Each morning, fresh breads and sponge cake are laid out for breakfast.

Several other grand houses are open to visitors, though not overnight. The former home of a socialite at the Parque das Ruínas is used for open-air shows and other cultural events. Next door, another mansion has been transformed into the Museu da Chácara do Céu, a modern and contemporary art gallery with works by Picasso and Dalí. Many original objects and furnishings are on display, including a table setting in the opulent dining room.

Cama e Café guests receive a card that entitles them to a free drink or appetizer at many area restaurants and discounts at local shops. La Vereda features crafts from Minas Gerais, the Brazilian state north of Rio. Trilhos Urbanos, a music and handicrafts store, specializes in works by Santa Teresa artists. Out back, there's a postage-stamp-size terrace where you can taste a variety of cachaças, the sugarcane liquor used in caipirinhas.

"I came here for a love affair and never left," exhales Patricia Ford, a silver-haired Canadian, through a cloud of cigarette smoke at the Bar do Gomes, where the crowd spills out into the street. But while the affair ended, Ford's connection to her adopted village didn't. And one of her favorite things about Santa Teresa is the strong community she's found: "Everyone still knows everyone."

"The people that live here think differently," says Ana Maria Clark, a psychologist and 17-year Santa Teresa resident, who rents out one room (for $72) in her bright peach 1908 colonial house. "They are more calm, more sensitive, more artistic." And that is perhaps most apparent at Santa Teresa's annual three-day Open Door Arts Festival, which celebrates its 10th anniversary at the end of July. About 75 artists open their studios to visitors, cafés sponsor poetry readings, and musicians jam on various street corners. Last year, some 30,000 people turned out, and this year, chances are the crowd will be even larger.