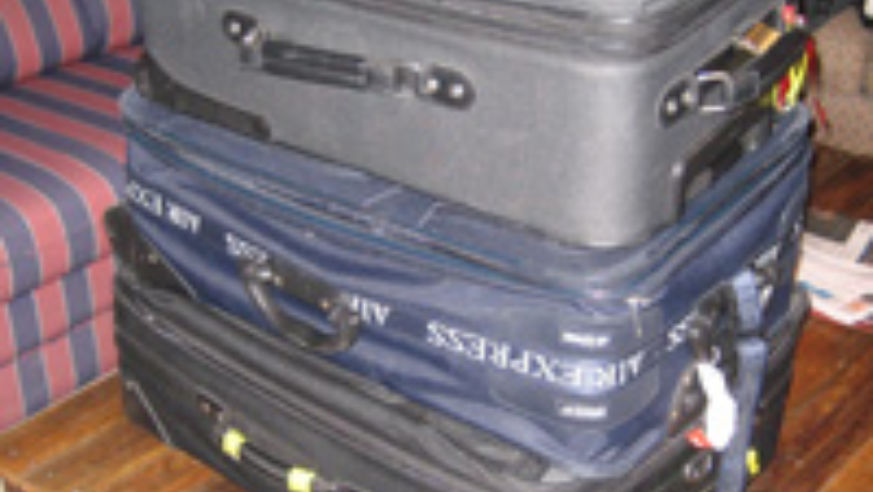 And you thought $25 checked luggage fees and charges for carry-ons were bad.

When it comes to baggage fees, fee-crazed Spirit Airlines might come to mind. More than 20 percent of revenues brought in by the airline, which was the first American carrier to charge for carry-ons, comes in the form of ancillary (a.k.a. not regular old airfare) fees.

Yet, as USA Today reports, arguably the most absurd, off-the-charts expensive baggage fees are now being charged by the "legacy" carriers American, Continental, and United. To check a bag categorized as overweight (between 70 and 100 lbs.), a passenger can expect to pay $400 on international flights with Continental and United, which are now sister carriers after a merger, and $450 on American's routes to Asia.

Delta, by contrast, charges a comparatively cheap overweight checked baggage fee of $200 on most international flights.

It's fees like these that make it increasingly worth your while to consider shipping your bags as an alternative to checking them on flights.

Other ways to avoid these fees should be fairly obvious. Two ideas: 1) Pack less. 2) Pack in multiple bags rather than one overweight bag. On international flights, for instance, Continental allows one bag under 50 lbs. for free, charges between $40 and $70 for a second bag in the same weight category, and charges $100 for the third. Add that up and it comes to a total of up to 150 lbs. of baggage for under $200: That's less than half the price of a single checked bag weighing 99 lbs. ($400) on an international flight with Continental.

8 Common Air Travel Snafus, and How to Beat Them