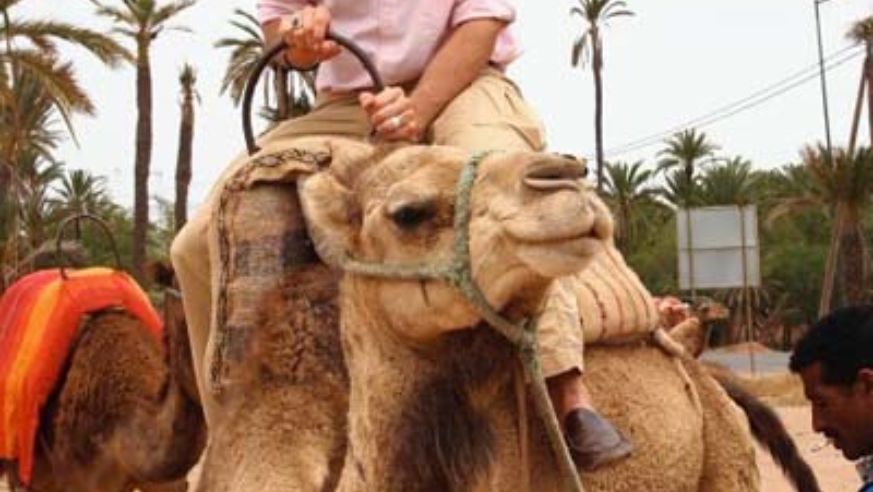 Meet our new blogger Hobart Fowlkes: high-end jetsetter by trade, budget globetrotter by choice. We fell in love with him and his travel tales, and think that you will, too. He'll be updating us regularly from around the world—but first, a personal introduction.

I've seen from the inside how the other half travels, and let me tell you, it involves an awful lot of disappointment and complaints. Here's why: When fabulous folks pay zillions of dollars on travel, they expect perfection; anything less incites anger. Who wants to waste time in Milan, Melbourne, Mumbai—or Montana, for that matter—getting worked up over trifles like no robes and the occasional lukewarm shower?

In 1993, I landed a life-changing gig with a private investment-management firm [the parent company of Budget Travel LLC, the owners of BudgetTravel.com] I was to be a sort of personal travel planner, coordinating and accompanying busy execs on high-end business trips, as well as all of their meetings and conferences. The firm, deeply enmeshed in a deal to open an Italian company at the time, hired me for my foreign-language skills—and I suddenly found myself jetting off on chartered planes, dining at Michelin-starred restaurants, and staying in five-star hotels around the globe. I became quite well versed in luxury travel. And, yes, it was a treat, to be sure, as long as someone else was paying.

It wasn't until my work for the company changed and the travel opportunities slowed a bit, that I reconnected with why I fell in love with travel in the first place. All that fussing with luxury had turned travel into a chore rather than adventure. It had become quite the opposite of what jump-started my wanderlust in the first place.

At the green age of 14, I decamped to Europe as a cheapo student with not much more than a copy of Let's Go Europe, cash for a Eurail Pass and a pocketful of contacts—friends of my parents and grandparents who were sprinkled around the continent and who were kind enough to host a restless, couch-surfing teenager. By the end of that first mind-expanding summer abroad, I was sold, and I continued to globetrot during my college years. For a time I planted myself in Rome, where I studied art and worked for Christie's auction house, scouting for bid-worthy items among the attics of recently divorced or widowed locals, and picking up Italian, French and German along the way. I was officially hooked—even when I had to sleep on sofas or floors.

Nowadays, I mostly (but not exclusively) travel on my own dime. I look for places that cost around $150/night or less. Like us all, I need to get the best bang for my buck, but I've also noticed that it is only through such a venue and experience that a place will reveal itself by showing me local flavor, introducing me to the awesome characters that make a town tick—and, when I am not paying a zillion dollars for something, I'm a lot less likely to freak out if it is less than perfect.

But as Budget Travel readers, you already know all this. It's just when it comes to the specifics—Which hotel in Panama, exactly? And why?—that we could all use a little guidance now and then. To that end, I welcome you to accompany me on my journey. Think of it as a personal-travel-planning service for the down-to-earth set. Follow me!