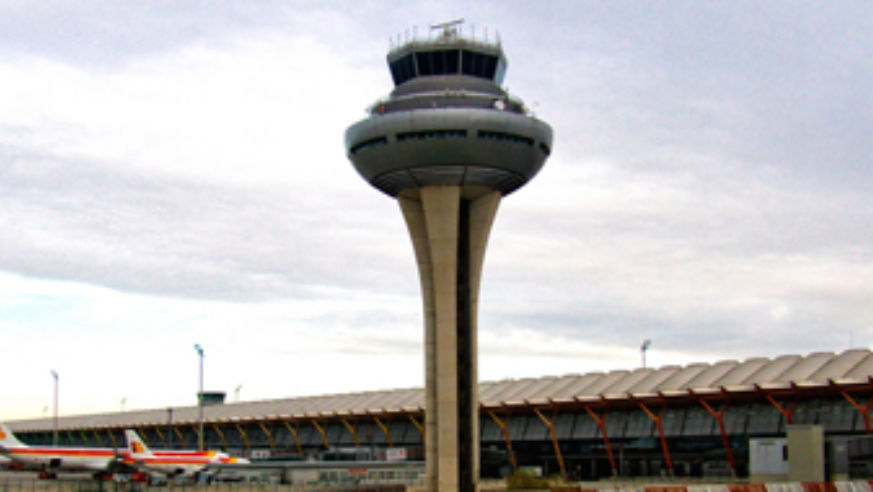 In what has played out like a bizarre chain reaction over the last month, the Federal Aviation Administration has been plagued with a series of unfortunate—and very public—embarrassments relating to their air traffic control.

The latest snafu was about as high-profile as it gets—on April 18, First and Second Ladies Michelle Obama and Jill Biden were flying from New York City, where they were taping an episode of ABC's The View, to Washington, D.C. on a Boeing 737. Around 5pm, the jet came within three miles of a military C17 flying in the airspace directly ahead. Controllers at Andrews grounded the jet, citing a violation of the minimum five-mile buffer zone required between C17s and other aircrafts to avoid excessive turbulence.

An investigation into the incident is still in progress, and FAA regulations have been changed so that an air traffic supervisor, rather than a controller, is responsible for monitoring flights carrying the First Lady. However, According to a statement from the FAA, "the aircraft were never in any danger," and there's been some grumbling among online forums about the media's sensationalism of the Obama-Biden debacle. Not so with the other fiasco that's currently getting damage control treatment from the FAA. No less than seven separate incidents involving air traffic controllers either falling asleep or otherwise idling on the job have made their way into national headlines this month. In case you missed any of them (I'm sure I wasn't the only one who had trouble keeping track), here's a brief rundown of reported events:

• On March 22, an air traffic controller at Reagan International Airport, in Washington, D.C. was suspended after he fell asleep at the controls and two planes with a combined total of 165 people on board were forced to land without his assistance.

• On March 29, two controllers on the graveyard shift at Preston Smith International Airport in Lubbock, TX were suspended after they failed to respond to several calls from aircraft and another control tower.

• On April 6, national media picked up news of an air traffic controller slumbering while on duty at Knoxville's McGhee-Tyson airport. According to some reports, he pulled out all the stops, fashioning himself a makeshift bed of couch cushions from the break room.

• On April 11, Seattle was the scene of the crime—another air traffic controller was suspended after supervisors caught him sleeping on the job.

• Two days later, on April 13, a controller at Reno-Tahoe International fell asleep while a medical plane carrying three patients was attempting to land. Later that day, the FAA announced that 27 towers around the country staffed by a single controller at that point would be supplemented with an additional controller.

• On April 17, an air traffic controller working at Cleveland's Air Route Traffic control center was caught watching a movie on a portable DVD player when the audio was accidentally transmitted over the frequency for the airspace he was monitoring. In case you're curious, the film was reportedly 2007's widely-panned The Cleaner.

• April 17 was a double whammy: a controller at Miami International Airport was also suspended after a co-worker reported him asleep on the job.

The incidents have led to something of a shake-up in the 52-year old government agency. In a statement published by the FAA, US Secretary of Transportation Ray LaHood said controllers are expected to "come to work rested and ready to work and take personal responsibility for safety in the control towers." The FAA has "zero tolerance for sleeping on the job," he continued, "and we will continue to make whatever changes are necessary."

New FAA rules have been instated: air traffic controllers are now required to take nine hours off in between shifts (rather than the previous eight). Controllers are also forbidden to swap shifts unless they would have a nine-hour gap between their last shift and the one they'd be taking on. A debate is heating up among experts and the public alike about whether controllers should be allowed to take naps on their breaks—the FAA does not permit it, but break time napping is allowed for controllers in countries such as Japan and Germany.

What's your take on all of this? Should the FAA make further amendments to better provide for air traffic controllers' needs, or is the onus on the controllers to display more professionalism?

26 places we'd rather be on a Wednesday

What's with all the food photos?

Should we tip flight attendants?