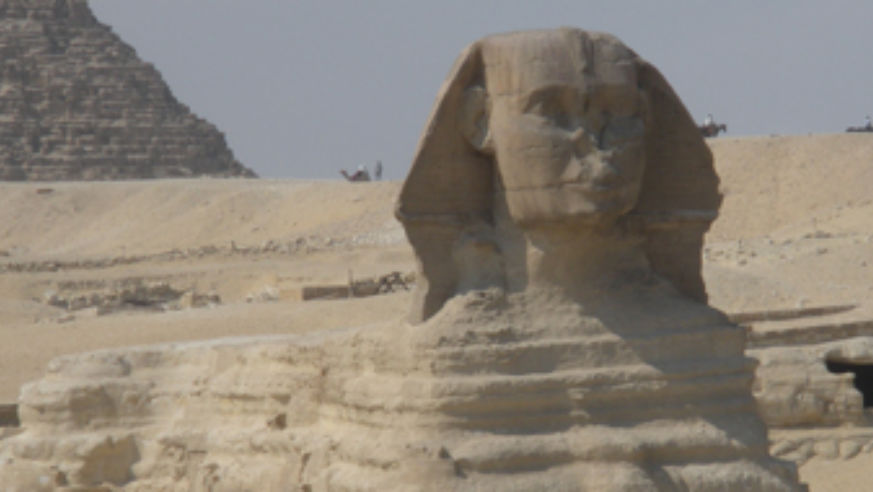 "continues to warn U.S. citizens to defer non-essential travel to Egypt" , but at least one major tour operator announced that it will proceed with guided trips to the tumultuous country soon.

The Boston-based company operates two well-known outfits: Overseas Adventure Travel, which leads small-group tours of about ten to 15 people, and Grand Circle Tours, which leads groups of between 32 and 36 travelers.

For the past month, during the riots and political upheaval in Egypt, GCC suspended all travel there. "We had a lot of trips scheduled, and we gave all our travelers the option to either go to another destination or to postpone their Egypt trip to a later date," said GCC Communications Director Priscilla O'Reilly, in a telephone interview with Budget Travel today. "About half chose another country, but the other 50 percent opted to stick with Egypt and go at a later date. It's one of our most popular destinations. We send about 10,000 Americans there every year."

If anything, O'Reilly continued, the recent political turmoil seems like it increased interest in traveling to Egypt.

"We've had a few calls from travelers who want to know if we're going back there—and request that we do—because they want to visit right now, during such an important time in Egypt's history," she said.

In a statement released today on GCC's website, Chairman Alan E. Lewis said company representatives had toured "all of the sites we visit" and concluded it was safe to resume trips there: "We have been in direct contact with Egypt's Chief of Tourism police, who has confirmed that Grand Circle groups may begin their return to Egypt effective immediately."

Already, many of the country's historical sites—and main tourist attractions—such as the pyramids of Giza and museums on the Nile and in Cairo, have reopened.

A CBS News story last week said that most American tour operators who lead group trips to Egypt "expected business to return to normal within a year."

At the same time, some travel companies are waiting for further developments before announcing concrete plans to resume visiting the country.

All trips with Toronto-based Gap Adventures, for instance, are currently cancelled through March 13th.

"We make regular assessments on a weekly basis as to when we'll be able to start tours there again," public relations manager Billy Connelly told Budget Travel on the telephone today. "Currently we are scheduled for March 14th and beyond—but we'll reassess those plans again on Monday, March 7th."

As for travelers already booked on Gap Adventures tours to Egypt, Connelly said that "most re-booked other trips to other destinations, while a smaller number postponed their trip to Egypt, pending what happens on the ground and when it's safe to return."

In a similar act of hesitation, Continental Airlines announced yesterday that it was "indefinitely" postponing plans for flights into Cairo.

What are your thoughts: Do you think it's safe to visit Egypt again?

Riots in Egypt: How Much Can Travel Insurance Help?