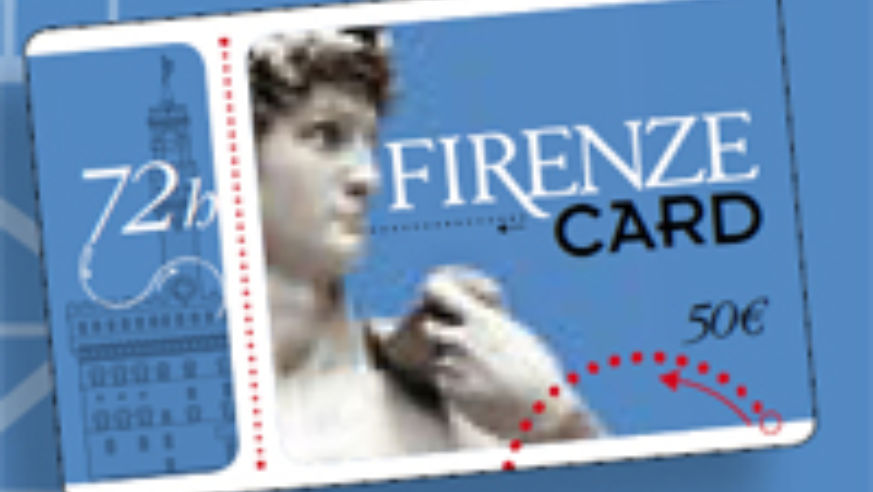 With a dizzying number of masterpieces in its compact historic center, Florence just might be the world's greatest art destination. So it's about time the city got its own discounted museum card like those in London, Rome, and Paris. The only question is whether it's been worth the wait.

The Firenze Card, which should be available as of February 18*, covers admission to 33 participating museums, villas, and gardens over 72 hours (three days) at a cost of €50 per person, which currently translates to $68.

My initial reaction was that the price sounded high. In New York, admission costs have been creeping up to the $20 mark at museums like MoMA and the Whitney, but Florence looks cheap in comparison. Entrance to the Uffizi starts at €6.50 ($9)—higher if you opt for timed admission—and it costs the same amount to see the David at the Accademia; the Museo Archeologico and the Museo di San Marco are priced at €4 ($5.50) each.

I called Antonio Ugolini, who works for the Florence tourism board, to get some context. He was enthusiastic about the card's launch, but admitted the price tag could raise some eyebrows. Antonio pointed out that the card also covers public transportation (typically €1.20 for a single ride) as well as fees for any special exhibits—and allows cardholders to skip the lines. Kids under 18 get in free with a cardholding adult.*

When I questioned the three-day timeframe—Paris offers 60 museums over four days for the same €50 price—Antonio countered that tourists only spend an average of three days in Florence. (If you're planning an extended visit, consider the Amici degli Uffizi card which grants admission to 22 sites over a calendar year for €60 per person or €100 for a family of four.)

If you expect to spend at least €17 ($23) per day between public transport and visits to museums, villas, and gardens, then the Firenze Card is for you. Here's another way of calculating it. Let's say you fit in three sites per day: the Uffizi, the Accademia, the Museo Archeologico, the Museo di San Marco, Santa Maria Novella, the Cappelle Medicee, the Boboli Gardens, the Bargello, and the Palazzo Medici Riccardi. The standard admission costs would total €46.70. Compare that to the €50 Firenze Card, with public transportation and special exhibits included and no long lines, and it starts to be a good value.

But how much art can you handle over three days? Would you purchase the new Firenze Card?

Share your opinion below and check out a complete list of the 33 participating sites and the standard admission for each.

*UPDATED on 2/22: Antonio of Florence's tourism board reached out to say that the card launch has been delayed and is now targeted for between March 1-25, 2011. The card will be sold at major museums like the Uffizi, Palazzo Pitti, and the Accademia and two tourism offices (Piazza Stazione 4 and Borgo Santa Croce 29r). He also corrected his earlier statement: only kids who are members of the European Union get free admission/transportation with a card-holding adult. Sounds to me like two strikes against the museum card...

Florence: What to do with kids and teens