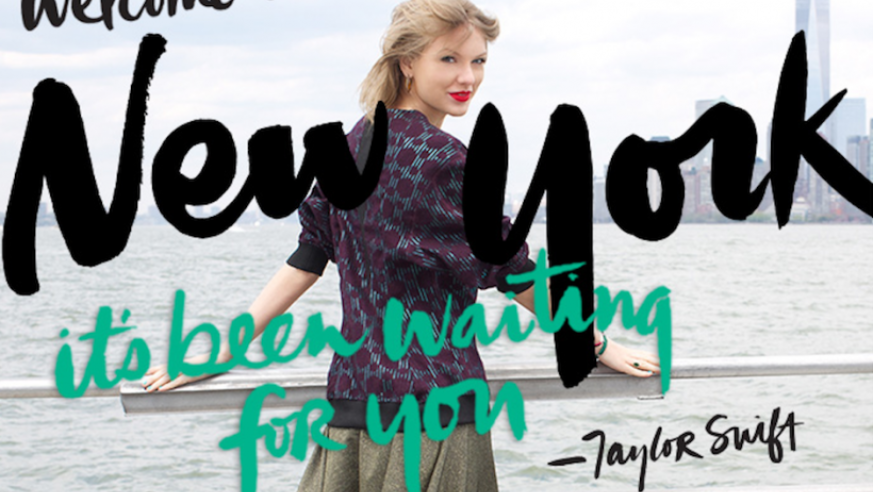 We're still getting our brains around the exciting—but somewhat counterintuitive—notion that pop star Taylor Swift was named New York City's Global Welcome Ambassador. She'll be representing the "Welcome to New York" campaign, named after a hit song on her new album, 1989.

What do we think of the seven-time Grammy-winning native Pennsylvanian representing NYC to the world? After all, Budget Travel is based in New York City, and I was born in the Bronx. Of course, most of our staff, like Swift herself, grew up in other parts of the U.S. It turns out most of us (me included!) are huge fans of Swift's clever and heartfelt songwriting—"Trouble," "Back to December," and the mega-mega-mega hit "Love Story" are just a few obvious examples of her craftsmanship and emotional commitment. But we can't help noticing that she's, um, not exactly Derek Jeter, Lady Gaga, Billy Joel—somebody deeply enmeshed with the city's image and culture.

That said, New York City has been welcoming out-of-towners for a few hundred years now. Heck, a few years back we even elected a native Chicagoan who'd spent most of her adult life in Arkansas and D.C. as one of our U.S. Senators. You may have heard of her: Hillary Clinton. So, after a lively discussion of the pros and cons of the decision by NYC & Company (New York City's official marketing, tourism, and partnership organization), Budget Travel says, "Welcome, Tay-Tay!" However much she's associated with her country-music roots, Swift's towering presence in popular music qualifies her as a citizen of the world—which would make her an honorary New Yorker even if she didn't have swanky digs right here in town.

(a) Taylor Swift is a great choice to represent New York City!