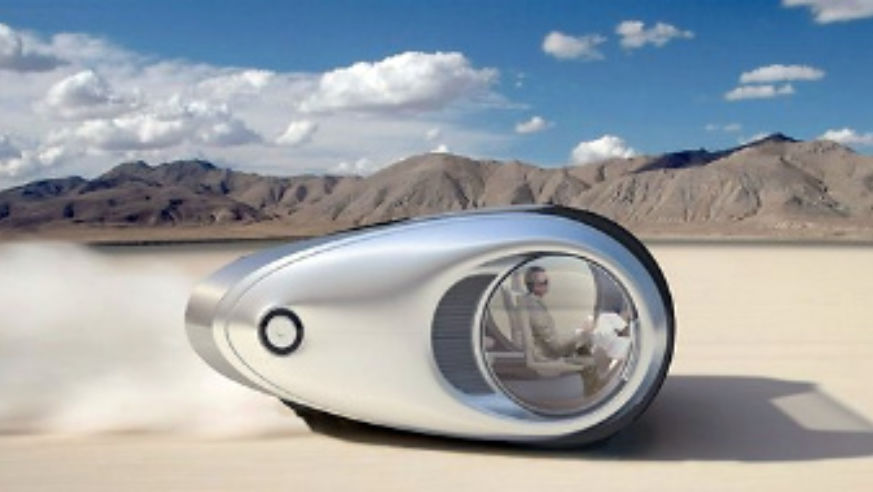 The Swiss have come up with a new recreational vehicle, or camper van, in apparent homage to the legend of Captains Kirk and Picard.

About as long as 1960s Volkswagen van, the Ecco can double in living space by flipping open "like a Swiss Army knife." There's a flip-out deck, expandable walls, and fold-down seats. It can sleep a family of five.

The Ecco is powered by electricity, which means you need to be near a power source to plug it in at night. An eight-hour charge supposedly lasts a full day, providing enough juice to reach highway-driving speeds.

In the auto world, just about everyone lies to you. Is this concept car legit, do you think? The three-wheeled, teardrop-shaped vehicle seems to have little clearance off the ground. No off-roading in it, for sure. And if a tire blows out, what do you do?

The Swiss company NAU promises to put the Ecco on sale in 2014, but hasn't suggested a price. We have to doubt this will ever exist in real-life. But then again, neither did the Enterprise. We still dig both.

5 Road-Tested Tips from an RV Rookie

Japan May Give Away 10,000 Flights to Foreigners

The 787 Dreamliner Debuts This Month

Where to Fly the Superjumbo A380l