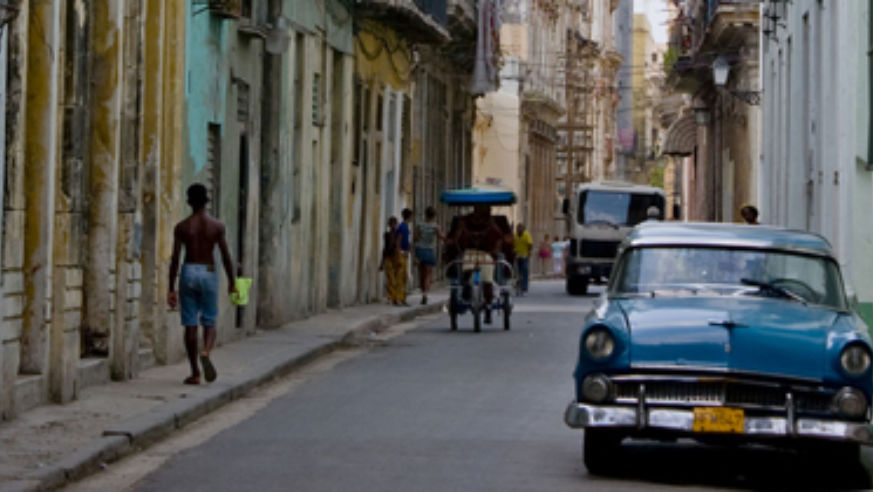 Cuba has long been forbidden territory for Americans. Only the most intrepid travelers have made it to the country, mostly by going through Mexico or Canada.

But the rules are changing. This year, the Obama administration eased restrictions on travel to Cuba, making it possible for Americans to go to the small Caribbean island as long as they make the trip with a licensed tour operator performing "people-to-people" trips. The goal? To encourage interaction between the two countries.

This week we introduced our first-ever deal to Cuba. At $1899, the price tag is higher than most of our deals, especially for a destination that is so close to home.

The rate includes your visa, round-trip airfare to Havana, four nights in the city, all meals, transfers, and your tour guide. During the trip, you'll meet Cuban artists, a professor who specializes in U.S./Cuban relations, and you'll visit an elementary school and housing project.

Our deals team spends an enormous amount of time finding and vetting deals to make sure that the offers we highlight in our Real Deals section are just that—real deals—not the smoke and mirror "discounts" you find on many other sites.

We hemmed and hawed about whether or not to feature this deal. On the one hand, it's an opportunity to experience a picturesque city with a fascinating history, not to mention one that has traditionally been tricky for us to visit.

On the other hand, it's pretty pricey and as anyone who knows anything about Cuba is aware—a Cuban vacation isn't your typical Caribbean getaway. You don't come here to work on your tan, down mojitos, and practice your moves in the disco. You come here to see the sights and learn about history. And careful planning is essential. You have to bring with you all the cash you plan to spend because there are no ATMs in the country and credit cards aren't accepted. WiFi connections are slow, chances are you won't get service on your cell phone, and the lack of streetlights makes it difficult to get around after dark. And good luck getting to know the locals—Cubans are notoriously reserved, especially around foreigners.

Still, the price is pretty good when you consider that it covers pretty much everything you'll need while you're here (food, board, tours). Plus, there is the allure of this part of the world and the novelty of being able to visit an area formerly off limits. The case for including the deal was compelling and eventually, the "for Cuba" contingent of our office won—and the deal was featured. Whether you book it or not is up to you.

What do you think? Were we right to include a deal to Cuba on our site? And would you ever consider booking a deal like this?

8 Most Complicated Countries to Visit