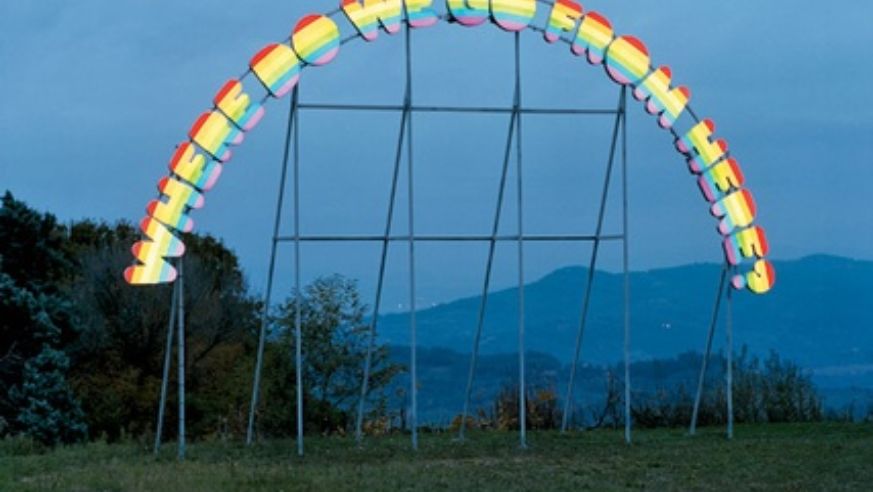 As Rome eagerly awaits the May opening of its Zaha Hadid–designed MAXXI museum, there's a more intimate—but still spectacular—experience to be had 95 miles north, at a 5-month-old contemporary art space in the medieval hillside village of Città della Pieve. Collector and founder Massimo Lauro devised the idea for The Garden of Laurels, a nod to his last name and the laurels that grow on the property, in 2004.

His attempts to show a conceptual work, a life-size cabin made of sourdough by Urs Fischer, in a major museum were roundly blocked, so Lauro, the son of pop-art collectors, took matters into his own hands. With his wife, Angela, he transformed his family's Umbrian winery into 7,000 square feet of galleries, sculpture gardens, and performance space.

It all serves as a showcase for the Lauros' 300-piece collection of paintings, photography, and large-scale installations by artists from Roxy Paine to Dash Snow, as well as the fittingly optimistic entryway sculpture by Swiss mixed-media artist Ugo Rondinone (pictured).

From the February 2010 issue of Budget Travel.