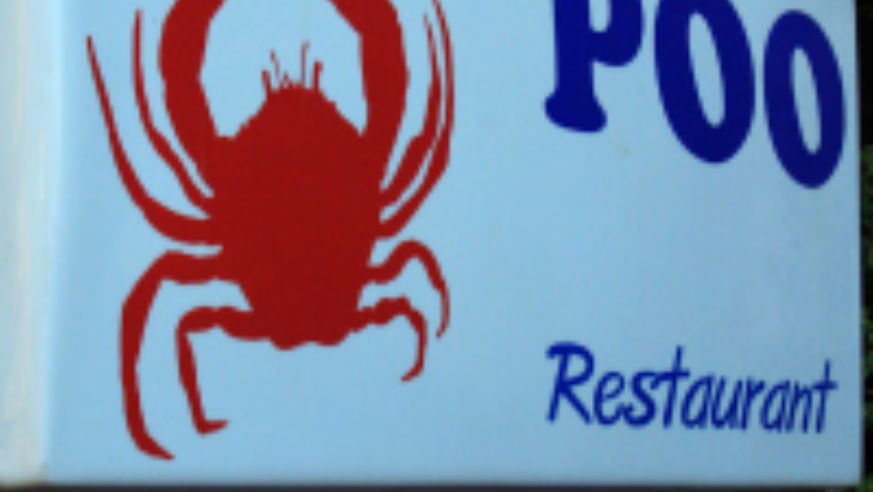 Zagat was bought last week by the search giant Google for its "useful," "eccentric," and "comprehensive in big cities" restaurant reviews by more than 300,000 patrons.

It just so happens that Zagat (pronounced za-GAT with "GAT" like "cat") recently published a list of the world's worst restaurant names.

Here are a few of its picks:

It's hip to have an acronym in the name of your restaurant, which in this case is "Best And Delicious.” The only problem is that, well, it's BAD.

Say the name and you say everything, right?

Californians excel at making Mexican food and they excel at marketing everything known to man, so it's no surprise that this Mexican joint with the goofy name is an import from Las Vegas, which tends to get both things wrong.

And here are a few more nominations for bad restaurant names:

Ruth's Chris Steak House, 130-plus locations across the U.S.

Ruth Fertel bought a New Orleans restaurant, Chris Steak House. The contract said she couldn't move the restaurant and keep the name, so when she eventually moved it she added her own name on it.

The owner's grandmother had a standard reply whenever someone asked her what fish she was cooking any given night: "A dead fish." In her honor, he named the restaurant. Which is a great story, but, still.

Supposedly inspired by a restaurant in France called Flunch. But something got lost in the translation.

Fuddruckers, national chain, about 200 spots.
Love the burgers, hate their name. (Fighting words, I know.) The Fudd is like Häagen-Dazs. It has no meaning, it's merely supposed to catch your attention. Which it does. Like a bad piece of Muzak you can't get out of your head.

Doug Lansky, famous for "The Titanic Awards" and "Signspotting," put out a similar list. Here are some names he found:

What else is there to add?

There are several restaurants named My Dung in California, including one in Rosemead. Go figure.

If you're feeling classy, call this by its likely formal name: Gastrointestinal Examination Bistro.

Have you ever encountered a badly named restaurant? Let us know in the comments. And vote in our poll on the worst of the bunch.

Ask Trip Coach: Top tips for traveling with your pet