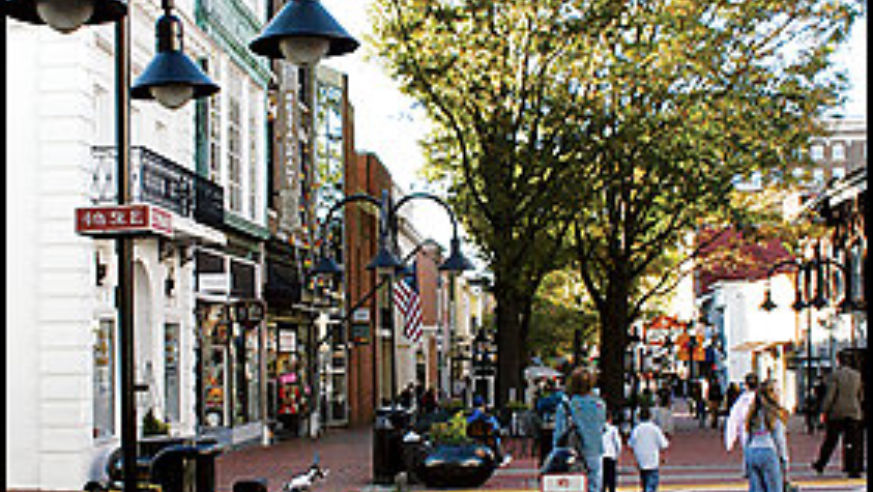 The University of Virginia's founder, however, might not recognize grown-up Charlottesville.

The official mascot of the University of Virginia is the musketeer-like Cavalier, but unofficially it's the wahoo, a fish that, according to student legend, can drink twice its weight in a day. That's probably not what Thomas Jefferson had in mind when he designed U.Va.'s elegant neoclassical brick buildings and colonnades. Having all but completed work on Monticello, his home five miles south of the campus, he spent the last years of his life building the university, which includes the Rotunda, a half-scale version of the Pantheon in Rome. Jefferson died less than 18 months after the first classes were held in March 1825.

But he'd be pleased that nearly 200 years later, the university is still the heart of Charlottesville. In a town of 45,000, the 20,000-strong student population is a visible presence, especially along the historic brick-paved pedestrian mall a mile and a half east of campus. Most of the restaurants have outdoor tables, which fill up quickly on Saturday afternoons. A number of the mall's storefronts are filled with books (New Dominion Bookshop is the best of the bunch).

Thanks to Charlottesville's most famous musical export, The Dave Matthews Band, the town also has big-city-quality nightlife. While some band members still have homes in the area--as do Sissy Spacek and John Grisham--it's DMB's manager, Coran Capshaw, who has made the biggest impact in recent years. He has opened eight restaurants--and counting. "You can definitely feel his presence," says Che Stratos, a Charlottesville native. "Eric Clapton played here. That never would have happened before."

Capshaw's popular Blue Light Grill & Raw Bar is where the young and beautiful go to sip martinis, sitting in leather banquettes in the window that faces the mall. The warm, red-and-orange interior befits the Asian-influenced menu. Grilled Hawaiian wahoo is, of course, a favorite. In the Belmont neighborhood, Capshaw turned what was once a gas station into the industrial-modern Mas, a tapas bar open till 2 a.m. that serves mostly organic small plates, such as wild mushrooms sautéed with garlic, herbs, Mahon cheese, and butter. At Starr Hill, you can try the ale-infused dishes ("beeramisu" and stout-marinated steak) in the dining room and then head upstairs to listen to live music. Bigger acts like Wilco, James Brown, and Willie Nelson have played at the outdoor Charlottesville Pavilion, which Capshaw helped build at the east end of the mall. On Friday evenings in summer, there are free concerts under the tent.

Long before he made the big time, Dave Matthews used to bartend at Miller's Restaurant, a converted 90-year-old drugstore that still has the original pharmacy drawers and tin ceiling. Many fans have made a pilgrimage there, but few realize (or perhaps even care) that Matthews never actually played on the small stage. "Matthews hasn't been back for years," says one of the bartenders, "because this is where people come to look for him."

Students tend to congregate at The Corner, an area on University Avenue right across from the campus. At the Buddhist Biker Bar & Grill, in a Federal-style brick building nearby, they spill out onto the wraparound patio and lawn with glasses of beer in hand. Thomas Jefferson surely wouldn't mind: He used to brew his own over at Monticello.