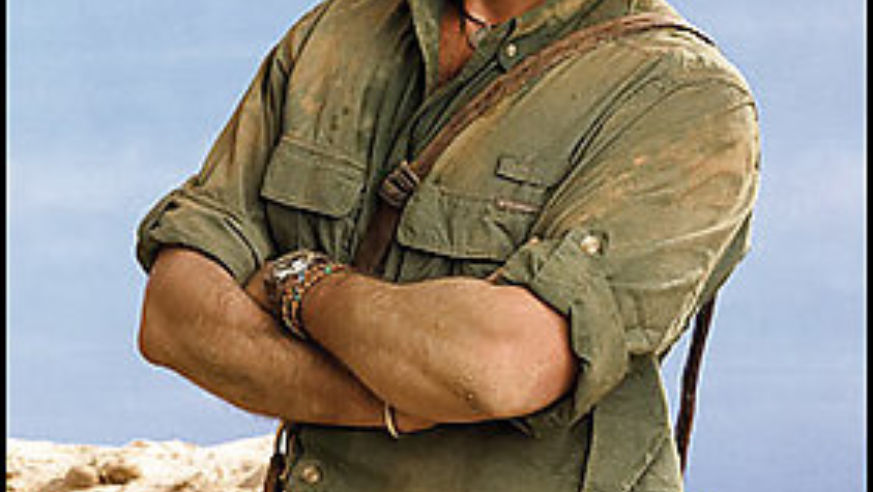 As the host of the History Channel's adventure-archaeology series Digging for the Truth, Josh Bernstein travels the globe searching for answers to age old questions.

As the host of the History Channel's adventure-archaeology series Digging for the Truth, Josh Bernstein travels the globe searching for answers to age old questions: Does the lost city of Atlantis actually exist? Did the Egyptians build the pyramids? Josh discusses these topics and more in his new book Digging for the Truth, out in January, but for a glimpse of his far-fetched adventures on TV, catch his show on Monday's at 9 P.M. EST.

The last thing I ate from a minibar?

I don't usually do minibars, but I think in Egypt I grabbed some tonic water.

I won't leave home without....

My MacBook Pro. It keeps me in touch with Boulder Outdoor Survival School [which he owns and operates] and my family. I love iChat.

The best trip I've ever taken? And why?

Oh boy...I've taken a few. Perhaps my two weeks in Mongolia in 2006, celebrating the 800th anniversary of the country's statehood as founded by Chinggis Khaan. It was a place I'd never been to and I found every aspect of the culture and landscape exhilarating.

Ten days in Australia's outback with Aboriginal elders, followed by five days in New Zealand, then seven days in Nepal, and finally seven days on a Greek island. Or something like that--and preferably with a very sexy and adventurous female co-conspirator.

The movie or book that inspired me to pack my bags?

It wasn't either, but rather the people about whom books and movies are made: Sir Ernest Shackleton, Theodore Roosevelt, Roy Chapman Andrews...

How I deal with jetlag?

Sheer willpower, lots of water, and the curiosity to take a walk around town.

If I could travel with any living person....

Probably Zimbabwe. I've already been (in 2005) and the economy and political situation are not as stable now.

If I could be anywhere right now....

On a beach somewhere warm, relaxing in the surf and sun.