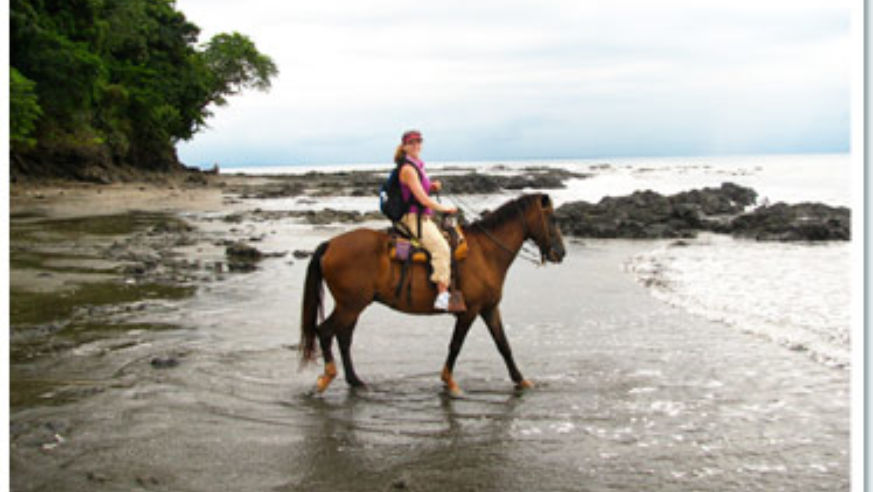 Three friends share highs and lows from their adventures at surf camp in Santa Catalina and their visit to Panama City.

My fellow Lost Girls and I hadn't traveled together since we quit our media jobs to go on an around-the-world journey that ended in summer 2007. We just completed our book and wanted to treat ourselves to another amazing adventure—not to mention make good on our promise to take a trip as a team at least once a year. —Amanda Pressner

Moment when things got tense... After a five-hour bus ride, we took a cab for the last, hourlong leg of the trip to Santa Catalina, a fishing village turned surfers' paradise on the Pacific coast of Panama. [PHOTO] About two miles shy of Santa Catalina, our driver jerked his taxi into the opposite lane at the exact moment a truck whipped around a curve in front of us. Despite the sickening crunch and shattered windshields, somehow everyone involved walked away with little more than scrapes and bruises.

Wish I'd known that... Santa Catalina is almost completely unplugged. There are no cell phone towers and just one working pay phone, and the only Internet access is at a café. Also, there are no banks or ATMs, so you pay for everything in cash. The upside: We were free to relax on the beach without worrying that there was anything else we should be doing.

I should have packed... We needed a Pac Safe, a wire mesh bag that fits over backpacks and suitcases so you can lock them to a bed or another object. None of us had ever had something stolen, so we were lax about securing our valuables at the Oasis Surf Camp in Santa Catalina. [PHOTO] While we were out one day, the maid left the door to our bungalow open after cleaning it, and we returned to find Holly's $750 digital camera gone.

You simply must try... El Trapiche is an unassuming café in Panama City's El Cangrejo district that was recommended by our local friends. [PHOTO]We grabbed a table in the corner (under a wall of carnival masks) and feasted on ceviche, empanadas, grilled octopus, sea bass with shrimp sauce, patacones (fried yucca), and the real winner of the night, cazuelo de mariscos (a creamy seafood stew). [PHOTO] The bill, including wine, was less than $15 a person.

My favorite part... We dove with reef sharks off the coast of Isla Coiba. [PHOTO] For $135, we took an hour-and-a half boat ride from Santa Catalina to Coiba National Park and got two-tanks for diving. Going under was a feeling between floating and flying, and we swam around craggy volcanic rocks while reef sharks circled above us. We saw 14 sharks in all!

Never again... We won't go anywhere again without travel insurance. We would have had to pay big bucks had anyone needed to be airlifted to a hospital after the car crash, and Holly had to eat the money she'd spent on her stolen camera. In the past, we've used World Nomads, which allows you to choose an insurance plan for as short a time as two days and as long as a year or more. The plans cover everything from medical evacuation to stolen baggage, and gives you the option to donate a small portion to charity.

Total rip-off... The property we'd booked for our first night in Panama, Hotel Carib, turned out to be an ultra tacky, run-down casino in a sketchy part of town. The advertised rooftop pool was filled with murky water, the "ice machine" was a dirty cooler with mostly melted cubes, and the bathrooms didn't have hot water.

Fun surprise... When we went horseback riding with a real Panamanian cowboy. [PHOTO] Our next-door neighbor at Oasis Surf Camp had bought a ranch in the next town and invited us over. We'd come to Santa Catalina to surf and dive and didn't expect to find ourselves galloping through green pastures led by a ranch hand named Juan, who rounded up herds of cattle with a trilling call. He even brought us to a volcanic beach to have a picnic lunch. [PHOTO]

A story I keep retelling... The three of us ran into the ocean under a full moon after walking on the beach outside our bungalow at Oasis Surf Camp. The ocean and the air were the same warm temperature, and we couldn't stop ourselves from jumping in. [PHOTO] Every time a wave crashed, it stirred up plankton that glowed like stars in the water. We dove under them, laughing like little kids. Walking back to the shore, we almost stepped on an enormous turtle that had come in to lay her eggs in the sand. It was like a movie moment.

Hotel I liked... Since the rates at properties in Panama City almost rival those in our hometown of New York City, we were thrilled to nail down a reservation for $160 per night at the Courtyard by Marriott Panama Real Hotel. The Real had the vibe of a slick design hotel (complete with a sushi bar, a state-of-the art gym, and free Wi-Fi), but with the inviting feel and personalized service of a smaller property.

Still laughing about... The thunderstorms in Panama are massive, and we were forced to fly through one during our puddle jumper fight to Bocas del Toro. [PHOTO] We were quaking in our boots as we waited in the airport café, but a pair of young Panamanian guys scarfing empanadas at the next table laughed as they told us, "Rain good. You have no fur. Have no fur!" We had no idea what they were talking about until they walked out and another traveler pointed out they were telling us not to have any fear. Thirty minutes later, we spotted the guys again as they climbed into the cockpit—we'd been chatting with our pilots.