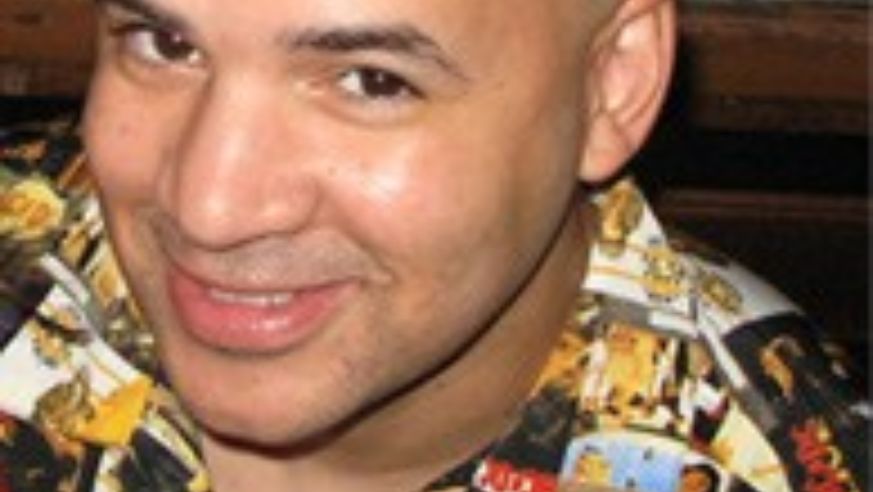 When Tony Pierce became editor of LAist.com, he pumped up the site's metabolism by tapping a lot of great writers and pushing them to cover the city's music scene and outrageous headlines smarter than any other L.A. website.

And his vision seems to have paid off, as LAist's pageviews have soared. The crosstown behemoth L.A. Times has been so impressed that they're hiring Pierce away to be an overlord of many of their blogs, including the spectacular Daily Travel & Deals blog created by Jen Leo.

Today, Tony answers some questions from our readers about L.A. Here are outtakes:

A: They go to the 3rd Street Promenade in Santa Monica or City Walk at Universal and pretend that they're not at an outdoor mall with palm trees. You're in an outdoor mall with palm trees. Get out. In fact City Walk will even charge you to park there. I call it the Tourist tax. If you really neeeed to shop and you love outdoor malls, fine, go to the Grove in the Fairfax District. But on your way there drive down Melrose and I betya you will say Oh This Is Where I Should Be Shopping! Cuz it is.

Q: If I want to stroll around a neighborhood to get a good vibe of how the locals live, where would I go?

A: You will find two things in Beverly Hills, tourists and people who look like tourists. It's a great city to stroll in, but LA locals don't spend a lot of time there. So stroll but realize you're in a really bizarre (in a good way) faux city. Like Venice, Italy without the charm.

WeHo [West Hollywood] has two different major strolling areas. If you're gay or just appreciate alternative lifestyles, you're going to have a great time strolling down Santa Monica Blvd. Start at Doheny which is right at the West Hollywood city limits and stroll East. See if you can get a drink at the Troubadour, one of our many famous rock clubs. Then as you head East enjoy that culture.

The other street is Sunset. Find out where the Keyclub is. That used to be Gazarri's. All your favorite hair metal bands like Guns N Roses and Motley Crue got their start on the Strip. Knock back a drink at the Rainbow Room which is not even a half block next to the Key Club, say hi to the Roxy, walk past the Hustler store for some giggles, check out famous (and gorgeous) Viper Room, as well as the classic Whisky-A-Go-Go. All of these are within a very very short walk of each other. If the night is still young by the time you make it there, keep walking up Sunset (east) and the party will go on at the many swanky bars on that road.

Q: My buddies and I want and only-in-LA concert experience. Help.

A: Concerts in LA are like concerts anywhere if you go to huge arenas like Staples. So if you come in the Summer, figure out when a band you love is playing at the Hollywood Bowl or the Greek Theatre. Two awesome outdoor venues in wonderful locations. If you like smaller acts, go to one of our many rock clubs - The Troubadour, The Viper Room, The Roxy, The Key Club, in West Hollywood. If you are adventurous and you can figure out how to get there Spaceland in Silver Lake is one of my favorites - it's small, packed with hip locals (god I hate that word) and you can find really great bands that you hear on the radio playing there for low prices and its super small.

In Echo Park there are also some really great clubs like The Echo and the Echoplex that are also small, filled with the cool kids who live and breath indie rock. Beck played the Echoplex just a few weeks ago for $20. Have a PBR for me!

Q: Where should I go to see a celebrity in public? (The stars! They're just like us! Some of them even pick up their own dry cleaning!)

A: Go where the paparazzi go: The Ivy on Robertson in Beverly Hills, the Urth Cafe, and Kitson. In Hollywood on Sunset there's a grocery store called Ralphs. No I'm not crazy, go to the Ralphs. It's nickname is The Rock n Roll Ralphs because so many old and new rock stars get their groceries there. (You're right, they ARE just like Us!) Also camp out at LAX (the club, not the airport), Hyde, and/or the Mondrian's Sky Bar. But just keep your eyes open, they're everywhere.

Q: Universal Studios: Hot or Not?

A: Universal Studios Hollywood is an amusement park more than a real Studio Tour. Get yourself (free) tickets to a show taping at Jimmy Kimmel (which is right across the street from the Chinese) if you really wanna see what a tv taping is like, and the best part is its over in an hour so you can enjoy the rest of your trip.

Q: Will be at the LAX Marriott for 3 days in April. I don't drive. Any suggestions for what two seniors can do?

This might come across as snarky. But if you're here for 3 days and you don't drive, please relocate to Santa Monica. The hotels aren't as cheap as at LAX, but there is nowhere to walk to for seniors near that location. Spend a few extra dollars and actually Enjoy your stay here. Get away from that airport. Those hotels are meant for one-night layovers for business travelers, not people who will be here for multiple nights who don't drive. If a travel agent booked that for you, call them up and ask, "why do you hate me?"

Q: What are the city's best cheap eats?

You are talking to the king of cheap eats. Most people don't know that LA has an excellent culture of hamburgers and tacos. And we're not talking that crap they serve in Oconomowoc. You've probably heard of In-N-Out Burgers, which has definitely got its fanbase (and long lines), but throughout our fair city you will see Fatburgers, and Tommy's Burgers. Both of these are very different type of hamburgers. Fatburgers are probably the most expensive hamburgers you will come across, but still cheap when considering what dinner normally cost. And when was the last time you were asked if you'd like an egg on your burger? Meanwhile Tommy's Original *comes* with chili on top. But warning—beware of imitators like Tomy's and Tony's.

When you get sick of that, don't overlook LA's biggest secret cheap eat - our taco trucks. Yes, they might look like everyday "roach coaches", but for a dollar a taco (on average) you can get some of the most delectable soft tacos you've ever had. And it will be a dining experience that 99.9% of tourists here will never have. This is where the real Eastside and Hollywood locals eat after a night of clubbing, working, or just hanging out. If you're really letting your hair down, may I recommend the tounge taco - the Lengua. Me, I usually get three tacos, the asada (steak), the pastor (because of the carmalized onions), and a pollo (chicken) and dress it with some hot salsa.

A: For decades the LA Weekly has been a Must for locals and tourists. It's free, they have great great listings, and you can pick it up anywhere. They have also just renovated their online presence and their calendar is killer. [Plus, their restaurant critic, Jonathan Gold, recently won a Pulitzer.] The blog that I edit, LAist doesn't have as many listings, but we trim the fat and tell you 5-10 of the best shows (in our opinion) that you should see that night. We usually post our list around noon each day.

A: I'd recommend renting a car and driving down Lincoln (north) to Venice and Santa Monica. Car culture in LA is like the jazz and creole food culture of New Orleans. Even if you got stuck in traffic, at least you can say, so THIS is what they're talking about.

If you really don't wanna rent a car, take a cab to Venice Beach($25 each way - told ya to get a cab)and walk around at a leisurely pace. Yes there is public transportation. You can take Santa Monica's Big Blue Bus sorta from LAX but they don't make it easy. If by some miracle you can get on one they're super cheap (75 cents each way) and it will take you down Lincoln (if you get on the right one) and you can explore safe and clean Santa Monica. But I totally stand behind my tip to rent a car. And get the insurance.

Q: Pinkberry: Hot or not?

A: Pinkberry is hot. But so was the hula hoop in its day. It's yogurt. Big whoop. And it cost $5 for a good sized cup that can be split between two people. Eat one, laugh, and get back outside.