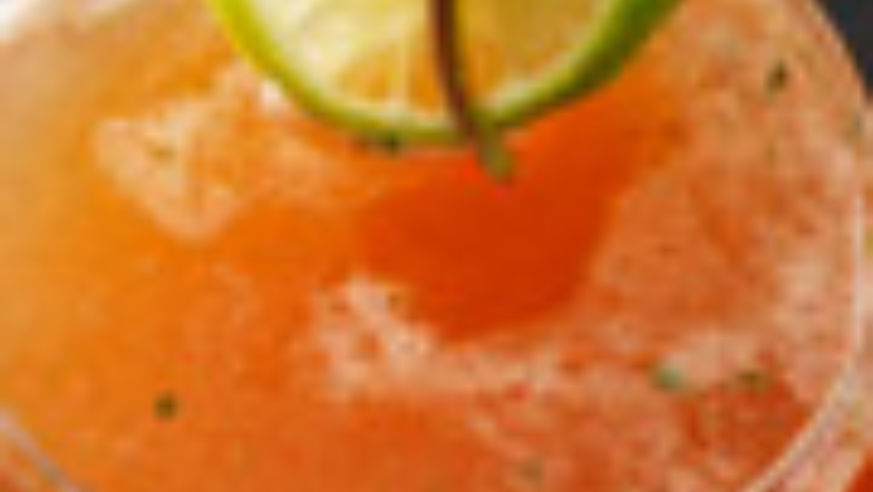 Ambitious mixologists have set their sights on Los Angeles, making it the latest hotspot for groundbreaking cocktails like liquid-nitrogen caipirinhas and mojitos strained through cotton candy.

Seven-month-old The Tar Pit, the latest installment from big-time L.A. restaurateur Mark Peel, takes its inspiration from the art deco age—the mirrored booths and wrought-iron palm fronds suggest the setting of a Howard Hughes flick. Mixologist Audrey Saunders, of New York's celebrated Pegu Club, developed cutting-edge drinks meant to be paired with sweet or savory small plates. The libations are separated into sours, aromatics, and champagne cocktails like the French 95 (bourbon, lemon, sugar, and champagne). Selections off the former two menus get more adventurous. There's the Bees Knees, a joint-tickling blend of gin, honey, and lemon, or the After Glow, mixed with aquavit, amaro, maraschino, and bianco vermouth. 609 N. La Brea Ave., 323/965-1300, tarpitbar.com, cocktails from $12.

Listen up, fans of the smoky spirit mezcal, or the more popular Mexican export tequila—Las Perlas is the bar you've been waiting for. It's named for the bubbles that form when high-quality mezcal is shaken (the more perlas, or pearls, the better). A pool table and a jukebox lend a casual feel to Las Perlas, whose architecturally sophisticated interior is punctuated by custom woodwork and enormous 100-year-old Oaxacan mezcal bottles. Over at the bar, you can help yourself to complimentary snacks, including cacahuates (peanuts) and chicharrones (fried pork skins). Wash it all down with the likes of the Poblano Escobar (mezcal, poblano peppers, and pineapple) or the El Melón (mezcal, goji berries, cantaloupe foam, salt, and pepper). 107 E. 6th St., 213/988-8355, lasperlas.la, cocktails from $10.

Chef José Andrés has racked up critical accolades and awards for the SLS Hotel's Bazaar, his 2-year-old shrine to molecular gastronomy. Another bragging right: It houses one of L.A.'s most-talked-about bars. Directly inside the Mid-City West hotel, guests are greeted by the quirky yet lavish interior of the Bazaar's Bar Centro. Filled to the brim most nights and barely navigable on the weekends, Bar Centro whips up concoctions so complex they're likely only offered at a handful of places around the globe. There are liquid-nitrogen cocktails in the form of potent caipirinhas and mojitos strained through cotton candy. With prices starting at $16, cocktails here are by no means affordable—or forgettable. 465 S. La Cienega Blvd., 310/246-5555, thebazaar.com, cocktails from $16.

In the back room of Cole's restaurant, The Varnish is a speakeasy-themed cocktail joint from some of the biggest names in the business. Sasha Petraske (NYC's Milk & Honey, Dutch Kills, White Star), Eric Alperin (L.A.'s Osteria Mozza), and Cedd Moses (L.A.'s Broadway Bar, Golden Gopher, Seven Grand) teamed up to launch this oak-paneled, transporting one-room space in downtown L.A. With just a few seats at the bar, most patrons are relegated to about a dozen vintage booths salvaged from a graveyard of old trolley cars in New Orleans. While the bar serves plenty of classics, garnished with perfectly oversize ice cubes, especially ambitious—or indecisive—drinkers can choose a base liquor and let a more-than-adept bartender surprise them. 118 E. 6th St., 213/622-9999, thevarnishbar.com, cocktails from $12.

The Roger Room, tricked out with rust-colored mohair booths and murals of carnival performers,follows in the footsteps of speakeasy-themed predecessors like the Varnish. There's no sign outside; look for the bouncer and the barred windows. On any given night, celebrities from Gerard Butler to Jon Hamm can be seen rubbing shoulders—quite literally, as the space continuously flirts with exceeding capacity—with in-the-know Angelenos. Try the Grifter, best described as an absinthe mojito, or the Spiced Mule, an import from Paris that pairs Sailor Jerry Spiced Rum and ginger juice with lime juice, vanilla, nutmeg, cinnamon, and club soda. To avoid being turned away, arrive before 10 p.m. 370 N. La Cienega Blvd., 310/854-1300, cocktails from $12.

The landmark 1923 Millennium Biltmore Hotel has appeared in many films, from Chinatown to Beverly Hills Cop to Wedding Crashers. But the hotel remains most notorious as the last reported location the Black Dahlia was seen alive. Pay tribute to the murder victim at the on-site Gallery Bar, where her namesake martini combines Grey Goose Le Citron vodka, Chambord, Kahlúa, and orange peel garnish.The wood-paneled interior is rarely too packed, making it perfect for chatting over a well-crafted cocktail, minus the see-and-be-seen crowd. Chandeliers and the painted Renaissance-esque ceiling lend an element of Old Hollywood. 506 S. Grand Ave., 213/624-1011, millenniumhotels.com, cocktails from $10.

Hotelier André Balazs knows how to manufacture a scene, and the environment at Bar Marmont, one door down from its namesake, Chateau Marmont, is no different. As a secluded rendezvous point on the Sunset Strip for tabloid fixtures and those whose job it is to keep them famous, Bar Marmont is prime turf for people watching. Bide your time with a cocktail and decadent bites from the Spotted Pig's Carolynn Spence. Libations of choice at this watering hole are the Westside (citrus vodka with fresh lemon juice, a pinch of mint, and a splash of club soda) and the Dorothy Palmer (gin, fresh lime juice, and a splash of Chambord topped with a splash of champagne). 8171 W. Sunset Blvd., 323/650-0575, chateaumarmont.com, cocktails from $10.