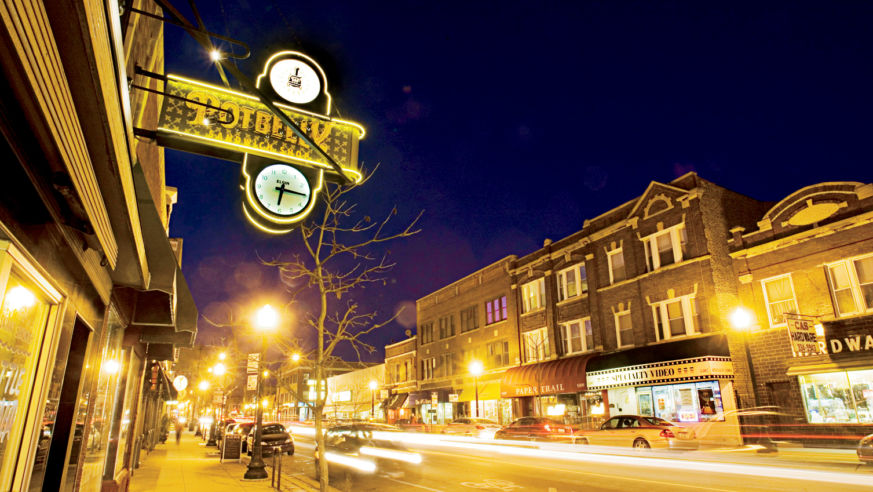 Forget meatballs. This once-sleepy Swedish community has brought a whole smorgasbord of foodie spots to the north side.

THE PIE’S THE LIMIT
With only 14 seats in the house, the competition for a spot at Nick Lessins’s 3-year-old Great Lake pizza is stiff—even more so since GQ magazine called his mortadella-sausage pie one of the nation’s best in 2009. Still, the wait is justified: Lessins updates the menu daily and personally assembles each pie with ingredients made on-site. 1477 W. Balmoral Ave., 773/334-9270, mortadella pie from $22.

TAKING THEIR SWEET TIME
At Flourish Bakery, it takes 72 hours to make a loaf of sourdough bread. That is not a typo. Ehsan Ganji, the high-profile new baker fresh from New York City hotspots Balthazar and Bouley, insists on using a slow-acting natural yeast that needs a full weekend to ferment. It’s worth the wait, as are Ganji’s top-notch baguettes, croissants, and more decadent indulgences (hello, peanut-butter-stuffed chocolate cupcake). 1138 W. Bryn Mawr Ave., flourishbakerycafe.com, sourdough loaf $4.50.

HOUSEWARES WITH STYLE
Andersonville is hardly hurting for decor stores, but Roost has the most kitchen cred. Owner Daniel Malone designed several Chicago restaurants (and even managed some) before he opened his vintage-meets-modern housewares shop in 2008. Local restaurateurs make up Malone’s most devoted clientele, turning to him for handpicked light fixtures, retro china, and rustic furniture. 5634 N. Clark St., roostchicago.com, dessert plate $3.

MORNING GLORY
M. Henrietta, the 8-month-old offshoot of local standby M. Henry, does a brunch that will transport you—and not only because the place takes its design cues from French country houses. The menu skips across continents, from a chorizo-and-salsa-verde scramble to a “rustic peasant quiche” (made with Gruyère and asparagus) to refined takes on American classics: blackberry pan-cakes layered with vanilla mascarpone cream and topped with a brown-sugar-and-oat crust. 1133 W. Granville Ave., mhenrietta.com, pancakes $9.25.

A LATE SHIFT
This North Clark Street spot has always catered to a late-night crowd—it’s just swapped beers and bar stools for local Metropolis coffee and board games. Owned by a former bar manager, the year-and-a-half-old Winston’s Café is still the only java joint in the nabe that stays open until 1 a.m. 5001 N. Clark St., 773/728-0050, coffee $2.