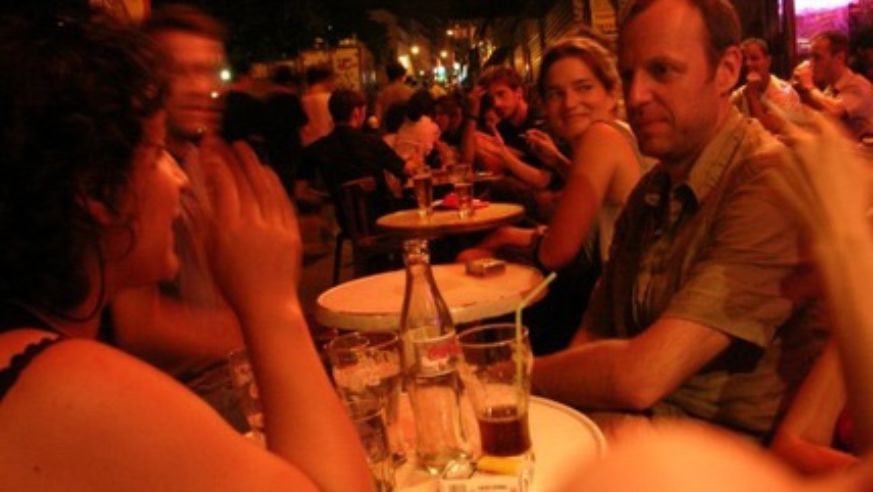 Spending time at a café is one of the greatest (and cheapest) pleasures of Paris. There are more than 2,000 of them in the city, ranging from utilitarian countertops to fanny-pack meccas like Les Deux Magots. They all offer a space to rest, read, refresh, mingle, and openly stare at strangers. What they do not offer, outside of Starbucks at least, is the freedom to "have it your way."

In contrast to their American counterparts, which offer countless ways to customize a beverage, the French café has a short and unyielding list of options. You can ask for decaf by tacking the word déca onto any order, but other appeals will be met with confusion. Half-caf, skinny, soy, and so on just don't play here in Paris. The same holds true for low-maintenance requests like milk, artificial sweetener, and to-go cups.

I wondered for years why Paris hadn't "caught up" with the rest of the world—why its residents were content to sip untailored sludge from tiny demitasse cups. Didn't they know how much better it could be to drink an extra-hot latte while walking down the sidewalk?

I finally realized that the drink is not the point. Parisians love their cafés, but don't care at all about coffee. The beverage is simply an admission ticket, something that's secondary to the human drama all around you.

The cheap seats for this show include un café or un express (a shot of espresso served in a small cup), un double café (two shots of espresso in a slightly larger cup), un café allongé (one shot of espresso with extra hot water). These drinks run less than 3€ ($3.75) if you're sitting at a table. You'll save fifty centimes if you take your drink while standing at the counter, and you'll add a similar amount if you enjoy it on the terrasse.

Milk-based beverages are more expensive, often double the price of non-dairy drinks. Popular orders include un café crème (a shot of espresso with hot milk) and un cappuccino (a shot of espresso with abundant foamed milk). On a touristy terrasse these can top a whopping 7€ ($8.75). My favorite drink—the café noisette—is a cheaper compromise. It's a regular espresso topped with a small spoonful of milk, but it costs only twenty centimes more than a basic café.

Don't feel like coffee? French cafés also serve alcohol, and during the apéro hour you'll find plenty of beer mugs and wine glasses among the coffee cups. Fruit juice, tea, hot chocolate, and soda are also available, but these are among the most expensive items on the menu. For the same price as a lukewarm Diet Coke, you could pay for two glasses of wine. One for you and one for your friend—the one you brought or the one that you're likely to make.

Try our 2008 one-page cheat-sheet to key French café and restaurant terms. (It opens as a PDF file.) It's written by Clotilde Dusoulier, author of Clotilde’s Edible Adventures in Paris.