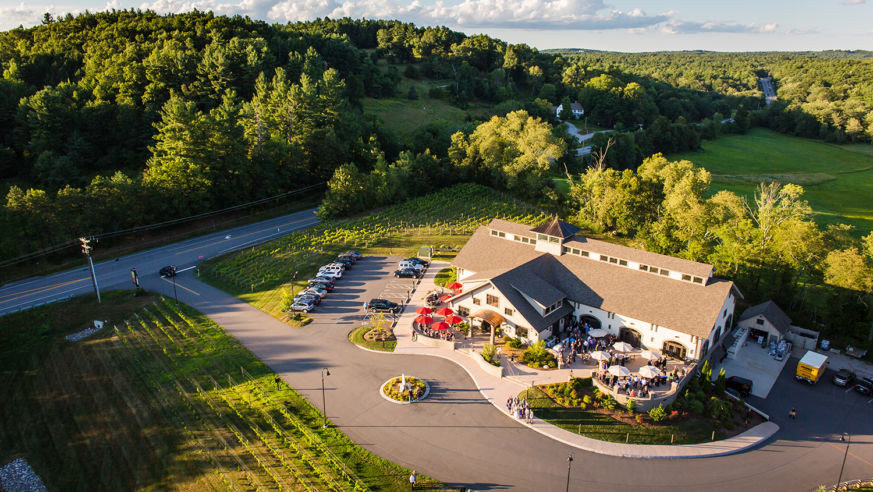 These 8 under-the-radar American wine regions are ripe for visiting.

Sure, Napa and Sonoma are America’s best-known (and most highly visited) wine-producing regions—but the Golden State isn’t the only place to seek out spectacular juice. Serious winemaking aimed at your swirling and sipping scrutiny is happening all over the United States. And while some of these spots might be better known for, say, potatoes, barbecue, or chili peppers, it might surprise you to learn that they're home to bountiful vineyards. Here are eight great wine-producing regions where passionate winemakers and the resulting liquid of the gods are well worth the trek.

About a half-hour’s drive from bustling Boise, Idaho’s Snake River Valley wine region in the southwestern Idaho has become a popular spot to set down vines due to its rich volcanic soil. (Fun fact: Idaho has several active, sleeping volcanoes, best observed in the 53,500 acres of hardened, basaltic lava flow fields and volcanic formations of Craters of the Moon national park.) Don’t miss Huston Vineyards (hustonvineyards.com), in Caldwell, where the floral-and-plum perfumed malbec is a stand-out. But if you’re looking for a tasting room with a view, about three miles south, the bright, zippy Riesling from Ste. Chappelle Winery (stechapelle.com) is nearly as refreshing as the breezes atop Winery Hill, which delivers sweeping vistas of the vineyards and the rolling Snake River below.

Just over the Massachusetts border on the southeastern side of the Granite state lies the highest concentration of New Hampshire’s 25—and counting—wineries, known for everything from traditional wine-grape varieties to thoughtful takes on orchard and berry fruit-based wines and ciders. Make your base camp in pretty Portsmouth (a good choice is the boutique circa-1881 charm of the Hotel Portsmouth near Market Square), and head out to LaBelle Winery (labellewinerynh.com) in nearby Amherst, where owner Amy LaBelle takes wine and food pairing seriously at her three-acre winery and bistro. Another must-visit is Flag Hill Winery and Distillery (flaghill.com), which sources its grapes (and grains) from its 100-acre-plus estate.

Spanish priests planted grapes in New Mexican soil a solid century and change before they hit California, but it wasn’t until a French Champagne maker named Gilbert Gruet set down vines near Albuquerque in the mid-'80s that New Mexico caught the attention of the wine cognoscenti. Grapevines like to struggle a bit, and the arid, sunny, super high-altitude terrain of New Mexico has made it one of the best spots for sparkling, as evidenced by Gruet’s national success. Now, nearly 40 years later, nearby newcomers like Sheehan Winery (sheehanwinery.com) are broadening the playing field with reds that offer the kind of deep, inky extraction that any Napa cab fan would love.

This 100-mile skinny strip of land might be famed for its Hamptons glitz, but the 209 square miles of vineyards split between the island’s North and South Forks (liwines.com) offer spectacular sipping with seaside views of the Atlantic and Long Island Sound. Although the area is best known for its way with the mighty merlot grape, it’s nearly impossible to resist the summery allure of rose here. Producers like Wolffer Estate Vineyard (wolffer.com) and Kontokosta (kontokostawinery.com) provide two of the most beautiful tasting rooms with sigh-worthy views (the former of their vast acreage of manicured vines; the latter of the Long Island Sound), but grabbing a stool at an intimate spot like Peconic Cellar Door (peconiccellardoor.com) will likely afford you a one-on-one with owner-winemakers Robin Epperson-McCarthy of Saltbird Cellars and Allie Shaper of As/If Wines and Brooklyn Oenology. (Do not miss her skin-fermented white, “Broken Land,” made from gewürztraminer and pinot gris.)

The deeper you get into Vermont, the more you’ll notice something is missing: billboards. There are none, because the state banned them along roadsides. All you see for hours on end are towering hemlock, pine, and ash trees. This verdant landscape is also home to some exciting pioneer-driven winemaking, like La Garagista (lagaragista.com), owned by grape-whisperer and winemaker Deirdre Heekin. Heekin and HER husband, Caleb Barber, grow and work exclusively with French-American hybrid grapes (a combo of traditional European grapes, like cabernet sauvignon, and native American varieties), which they’ve dubbed alpine wines for the cold climate the grapes endure here, a mere 160 miles south of Montreal. Lincoln Peak (lincolnpeakvineyard.com) in New Haven and Shelburne Vineyard in Shelburne, both nearby, are also worth the visit. And make sure to nab a copy of the Vermont Cheese Trail map, which includes nearly 50 artisan cheesemakers, for stops in between. 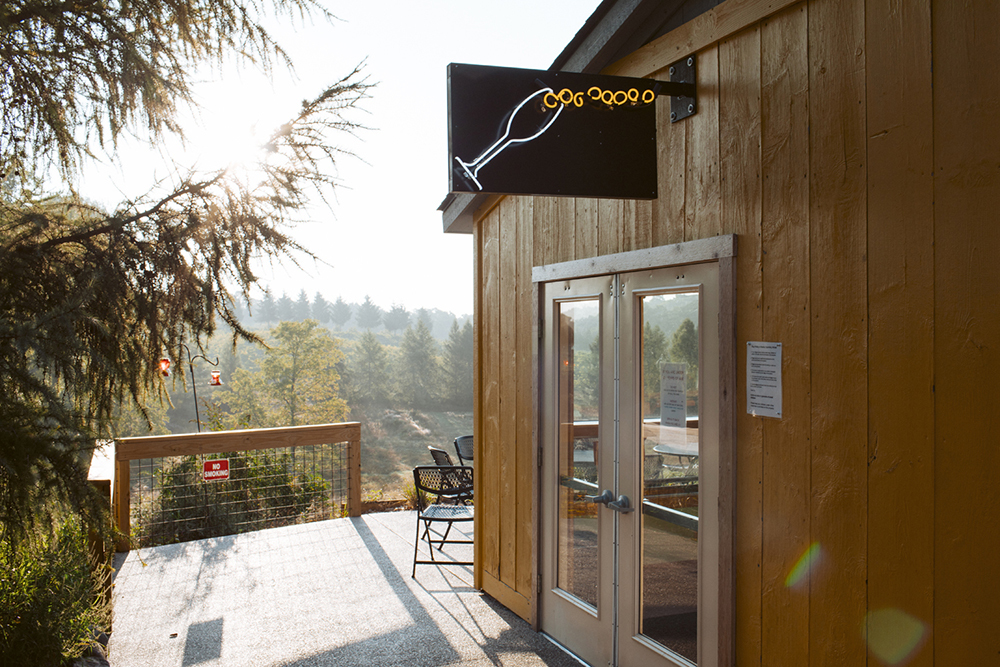 The 20-plus wineries on the Leelanau Peninsula, a broad, ragged land mass jutting into Lake Michigan, are part of the oldest wine trail in the state (lpwines.com), formed in the early 1980s, where whites and sparkling wines are the order of the day. For the latter, a must is L. Mawby Vineyards (lmowby.com), where owner Larry Mawby is as well known for his irreverent wine names as he is for the excellent bubbles within the bottles. Sitting at one of the highest points in the area is Rove Estate (roveestate.com), where winemaker and owner Creighton Gallagher focuses mostly on aromatic white grape varieties like gewürztraminer and pinot gris, but his elegant cool-climate reds aren’t to be overlooked. 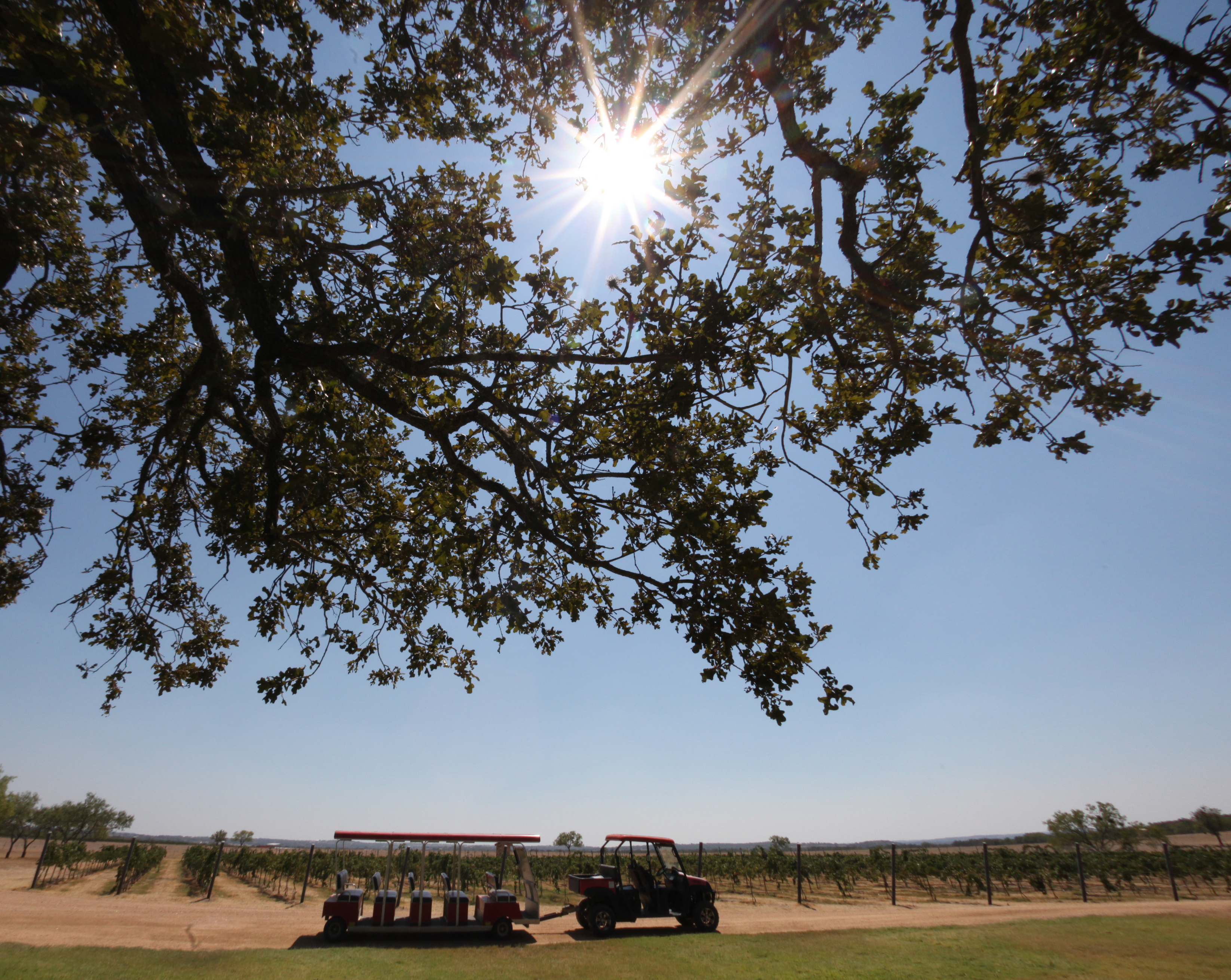 When European grape varieties were nearly wiped out by a nasty vineyard pest in the late 1800s, it was Texas rootstock that saved the day, but it wasn’t until the 1970s that Texas wine started to find its groove. With the sweet little German-influenced town of Fredericksburg at its heart, the Hill Country wine region (texaswinetrail.com) is home to heat-loving grapes like Viognier, Marsanne, Tannat, and Mourvedre, which thrive in the loamy-clay soils of the Edwards Plateau. Stand-out spots: Pedernales (pedernalescellars.com) winemaker and co-owner David Kulkhen makes kick-ass Tempranillo (and hey, you’re in the heart of barbecue country here—what grows together, goes together), and newbie Southold Farm & Cellar’s modern tasting room mirrors the forward-thinking sensibilities of talented winemaker Regan Meader, especially in his petillant natural-style sangiovese or his grape skin–fermented picpoul.

It’s not called the Garden State for nothing, and yet New Jersey may be one of the most under-the-radar wine spots on the eastern seaboard. The wineries of the neighboring Hunterdon and Warren Hills AVAs may be among those poised to change that, though. Producers like Alba Vineyards in Milford are showing finesse with pinot noir and chardonnay, and Beneduce Vineyards in Pittstown has made its mark with aromatic varieties like gewürztraminer.