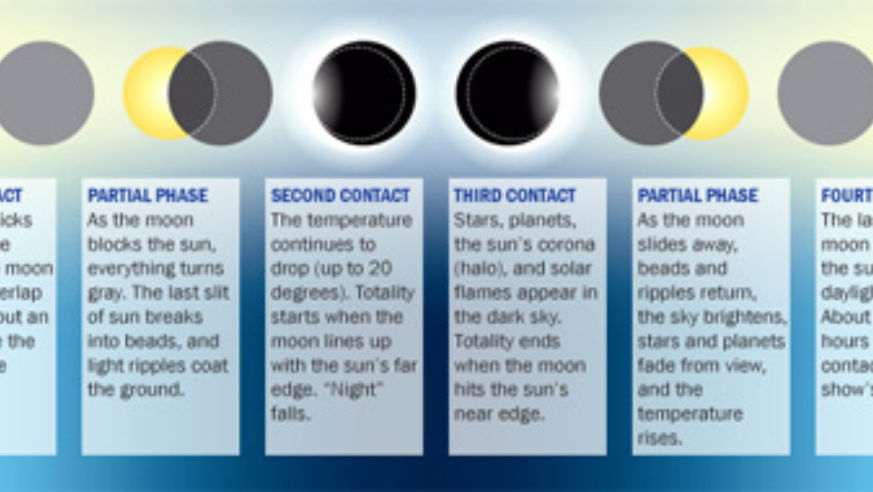 Reports are streaming in from the 21st century's longest total solar eclipse, which unfolded over more than six minutes on Wednesday morning. Special eclipse-viewing glasses were a common theme among spectators who gathered everywhere from the banks of the holy Ganges River to downtown Shanghai.

Watching the sun temporarily disappear as the moon slips between the sun and the earth can provoke astonishing responses, as we noted in a story on how to witness the eclipse.

The BBC reported on mixed reactions in India and Nepal, where some viewed the eclipse as a bad omen. Schools were closed in Kathmandu, and some pregnant women in Delhi hid indoors. The BBC's article includes photos, video, and a first-person account.

The Lede blog has posted videos of the eclipse from several news agencies. A clip from Al Jazeera focuses on the Indian town of Taregna, an epicenter of the eclipse, where residents' enthusiasm about the event (and the related press attention) was dampened by overcast weather.

Among the locally-based news coverage, Xinhua News Agency has posted photos from across China; The Japan Times shows kids in Hiroshima gazing skyward; and Bdnews24 reports that spectators at Panchagarh Stadium in northern Bangladesh broke out in applause and a standing ovation when the sun reappeared.

Wish you'd been there in person? Six more total eclipses are on the horizon between 2010 and 2017, including one that will be visible in the U.S. Our eclipse-chasing story has details and route maps.