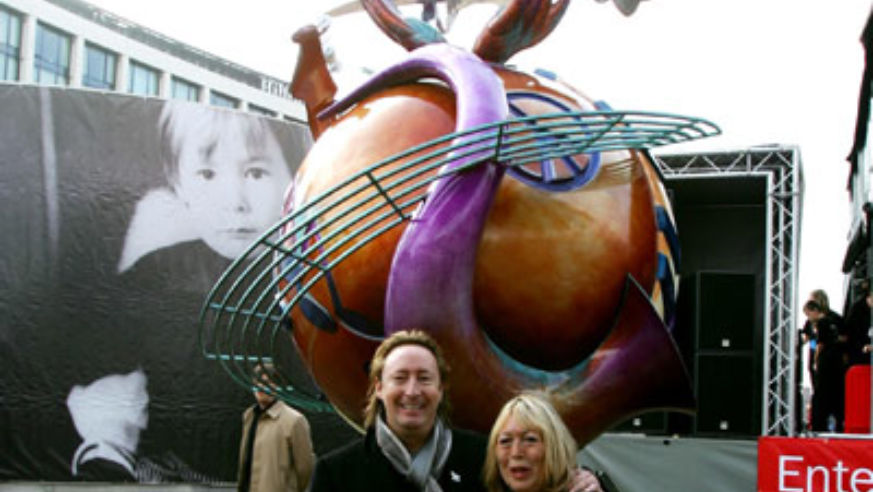 Liverpool is an essential stop on any Beatles-inspired journey, and the birthplace of the band is offering the perfect excuse to make the trip across the pond now—especially if John is your fave of the Fab Four.

Earlier this month, Liverpool launched a two-month-long cultural program honoring the life of former Beatle John Lennon through a series of live music, film, poetry, and art events. Dubbed John Lennon Tribute Season, the celebration kicked off October 9—what would have been Lennon's 70th birthday—and runs through December 9, the day after the 30th anniversary of his assassination.

Leading things off on October 9, Lennon's first wife, Cynthia, and their son, Julian, unveiled the city's newest Beatles-related artifact: an 18-foot peace monument, Peace and Harmony, dedicated to Lennon and now on permanent display in Chavasse Park, a five-acre green space in the city center. Commissioned by the Global Peace Initiative as part of a program to put a peace monument on every continent, the metal sculpture incorporates themes of music and peace, along with a white feather (a symbol of personal significance to the musician).

Other noteworthy tribute events include: "Astrid Kirchherr: A Retrospective," an exhibit of photography by Kirchherr, an early Beatles photographer and the girlfriend of original band member Stuart Sutcliffe, at the University of Liverpool's Victoria Gallery & Museum through January 2011 (free), and Lennon by Bob Eaton, a musical biography playing through November 13 at the Royal Court Liverpool (from $16). Bed-In at the Bluecoat commemorates Lennon's activist side, with a daily re-creation of Lennon and Yoko Ono's 1969 peace protest at the Bluecoat creative arts center; each day, a different set of performers, artists, and organizations will promote peace, tolerance, and nonviolent protest in a new way from, of course, a bed (free).

Capping off the tribute season is a memorial concert, Lennon Remembered, on December 9 at Echo Arena Liverpool. The show will highlight nine stages of Lennon's life, with performances by people who knew and worked with him, including members of his first band, the Quarrymen, and Plastic Ono Band drummer Alan White, who played on "Instant Karma" and "Imagine" and later joined the band Yes (from $31).

Go here for a full list of John Lennon Tribute Season events. For more info about what to do in Liverpool, visit the city's tourism site.

Where to stay: There's nowhere more appropriate than the Hard Days Night Hotel. The penthouse Lennon Suite, inspired by "Imagine" and decked out in a dominant white color palette with a white baby grand piano, might be a bit out of your price range ($1,185 a night!), but there's more than enough Beatles memorabilia to enjoy throughout the rest of the hotel—even if you don't stay there, it's definitely worth a visit.

Getting there: Liverpool is just over two hours from London by train (Virgin Trains, from $17.50 each way).