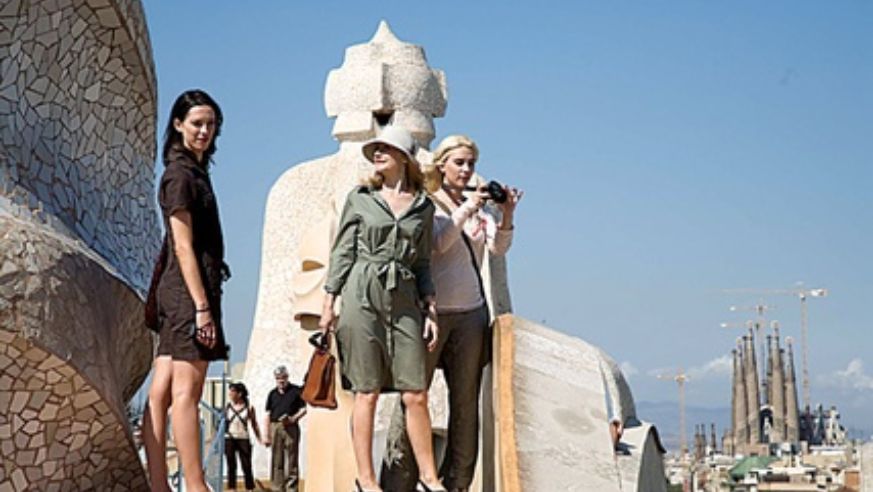 Round these parts, we love movies, especially travel-inspiring ones, and I know where I'll be Feb. 22: watching the Oscars. It's overblown, self-congratulatory, but just so fun—the dresses! The speeches! The awkward reaction shots from the losers!

If the nominees for this year's Best Picture have got you thinking about visiting their locations, Expedia Deals Watch is here to help. The Reader, also known as "that Kate Winslet Holocaust movie," is earning more buzz than industry insiders expected. Modern-day Berlin, where parts of the movie were filmed, is also earning attention—we recently named it one of our 10 Destinations to Watch in '09. Expedia suggests the Melia Berlin hotel, starting at $127 per room per night; that's about 35 percent off the price I got when booking through the hotel's website. (For a DIY bus tour through Berlin's coolest neighborhoods, check out our story).

For the biopic Milk, filmmakers had to convert modern-day San Francisco into a replica of its polyester-and-mustaches '70s self. If you're looking for a place to stay for your own visit, Expedia suggests a stay in the Hilton San Francisco, off of Union Square. You can book a room starting at $99 per night with Expedia; when I tried booking through the hotel's site, the lowest I could get was $129.

One of our 2008 Movie Quest picks, Vicky Cristina Barcelona, grabbed a nomination for Penelope Cruz's performance. I'm planning a trip to Barcelona myself, so I've been checking out two of my favorite sites: hotels.com and EuroCheapo. The latter has a few properties with rates starting at €55 ($71) per night. (By the way, we've blogged before about hotel.com's decent rewards program.)