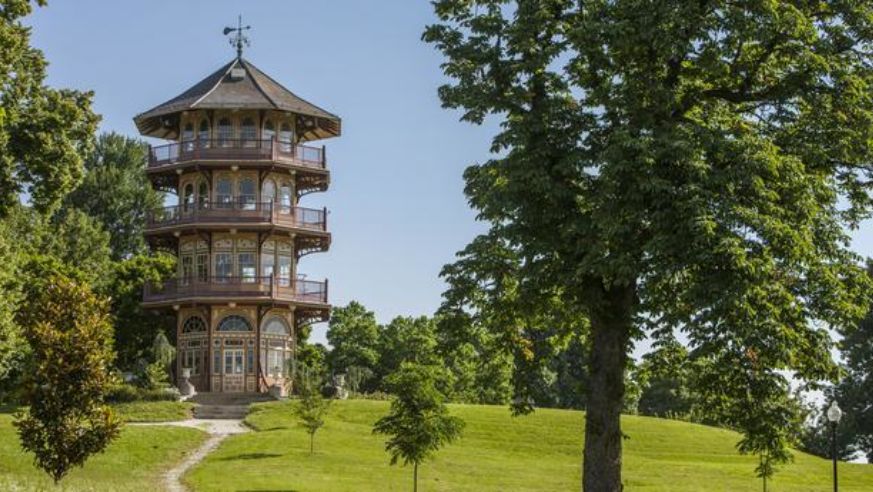 There's no better guide to a city than someone who lives there, so we asked Kathy Horning, who directs Baltimore's Artscape, for her take on culture, food, and drink in the town she calls home.

John Waters, arguably Baltimore’s most famous native son since Babe Ruth, said of his hometown: “You can look far and wide, but you'll never discover a stranger city with such extreme style. It's as if every eccentric in the South decided to move north, ran out of gas in Baltimore, and decided to stay.” Indeed, between its creative eateries, vibrant public spaces, a multitude of free city-wide events, not to mention the historic sites, Baltimore has a character that’s very much its own. We connected to with Kathy Horning, who directs Artscape, the largest free art festival in the US, the Baltimore Book Festival, and more to learn more about the extravaganzas she oversees and get her guidance on where to eat, drink, explore, and just hang out in the city she calls home.

CULTURE! GET YOUR CULTURE HERE!

As Festivals Director for the Baltimore Office of Promotion and the Arts, Kathy knows a thing or two about making sure people get the most out of her hometown. A giant outdoor arts festival is as good a way as any to take in an all-embracing, all-at-once understanding of a city and its people. Artscape, which takes place every third weekend in July, is a three-day extravaganza that lays claim to being the largest free arts festival in the US. Over a 16-block stretch, there are visual art displays as well as dance shows, films, and even concerts with national headline performers. Best of all: everything is free. Same goes with the Baltimore Book Festival, which started in 1996 on the heels of Kurt Schmoke, the mayor of Baltimore in the eary 1990s, declaring Baltimore the City That Reads.

These are all well and good and exciting for anyone who loves the sunshine, but take heart, night owls, you get a festival all to yourself. Light City Baltimore, America’s first and largest international light festival, debuted in 2016 on the 200th anniversary of Baltimore becoming the first US city to illuminate its streets with gas lanterns. The event features 22 giant light art installations, 50 concerts and 150 performances, including plenty for kids.

But there’s plenty to do year-round too. Kathy says the American Visionary Art Museum, is not to be missed. One of those institutions that uniquely Baltimorean, it spotlights artwork created entirely by self-taught visionaries. Paintings and anything with a classical flavor don’t distract from the creative innovation on display in the exhibit spaces as well as in Sideshow the funky, off-beat gift shop. And if you're there in the summer, join the hundreds of locals who gather outside on Thursday nights for Flicks from the Hill, free movies projected on a giant screen outside the museum.

Food halls, those hip, sprawling spaces with food options galore, are popping up in all kinds of once-industrial spacious in American cities of all sizes, but Baltimore lays claim to the first. And Lexington Market, in the heart of the city, dates all the way back to the 1780s. The 101 vendors dish out everything from the classic crabcakes, peeled shrimp, and plenty of BBQ options, but there’s also Malaysian food, Cajun eats, and craft beer served in. “I’m a history geek and I love the juxtaposition of historical aspects with new contemporary things,” Kathy says. The hipster-meets-history vibe is unmissable.

Kathy describes R. House as a food hall for millennials, what with its strong focus on artisanal. Located in a former body shop in Remington, an artsy district, ten chefs occupy the vast space and it serves as an incubator before they go on to open their own restaurants. The craft cocktail bar in the center of the 350-seat marketspace is a lively and popular nighttime hangout.

Patterson Park is Baltimore’s answer to Central Park. The sprawling landscape in East Baltimore has views of the harbor and a history that spans 300 years. Head over in the warm weather and space is a constellation of people picnicking and laying out on blankets. There’s an Asian-style pagoda constructed in the Victorian era and in the summer it’s the site of a free concert series and family activities. Kathy also notes that there’s a large Latino population in East Baltimore and many families have homey mom’n’pop eateries in the area. “They don’t really have formal names,” she warns. “They’re just spots on the corner and I love their authenticity.”

Getting to the park—or anywhere in the city for that matter—is a breeze. Yes, Baltimore is very walkable, but there’s also the Charm City Circulator, a free public bus that gets you all around the city. Also, over the past year, the there’s been a big step up around town when it comes to bike infrastructure with the addition of central bike lanes in the business district and up by the college and university. Even out-of-towners can see easily the city on two wheels, what with Baltimore Bike Share, which was established in October 2016. But if you want another scenic route to the park, Kathy suggests the water taxi to the Fell's Point neighborhood. The main boulevard, Thames Street, is a cobblestone gaslight district that runs parallel to the water. It's home to about 50 bars and restaurants. It’s hard to choose, but Kathy recommends Barcocina, a nouveau Mexican spot with outdoor seating overlooking the water. And brewhounds, take note: Fell's Point's Max's Taphouse, which has over 100 taps and nearly 1000 beers in bottles, is regularly rated one of the top beer bars in the world. The neighborhood's streets are lined with funky indie shops, like The Sound Garden, a store with new and used CDs and vinyl, and Hats in the Belfry, a fancy milliner shop for hats of all styles. Other storefronts house antique stores, book stores, coffee shops.

THE REST IS HISTORY

Virginia, DC, and Massachusetts get lots of love from history buffs, but Maryland has an embarrassment of riches when it comes to sites imbued with historical and even literary significance. Edgar Allan Poe was famously born in Massachusetts, but he died at the young age of 40 in Baltimore and he’s buried at Westminster Cemetery, which is open daily. (Tours are offered.). His life is memorialized at the Edgar Allan Poe House, his home and workspace for about four years. It recently reopened after being shuttered many years, it gives you a close-up snapshot of the legendary writer. “The entire width of the house is maybe six feet across. You really get the sense of how miserable and cramped his living conditions were and insight as to why he created such macabre work. You can really put yourself in his shoes.”

A bit better known, perhaps, is Fort McHenry, where Francis Scott Key penned the Star Spangled Banner as he watched the British bombard the city during the Battle of Baltimore in 1814. To get there today you pass through the bucolic Locust Point, a peninsular neighborhood that’s been home to various immigrant communities over the past century and a half. But it was once the site of much more mayhem.

“Citizens branded together to stop the British navy. Had they succeeded, it’s regarded that they would have gone on to New York and the experiment of 13 colonies having democracy would have been crushed. It incredible—the citizens made bombs, tricked the British," she marvels. "It’s not something the city is particularly well known for, but it should be. I like to say ‘We’ve been stopping bullies since 1812.’”