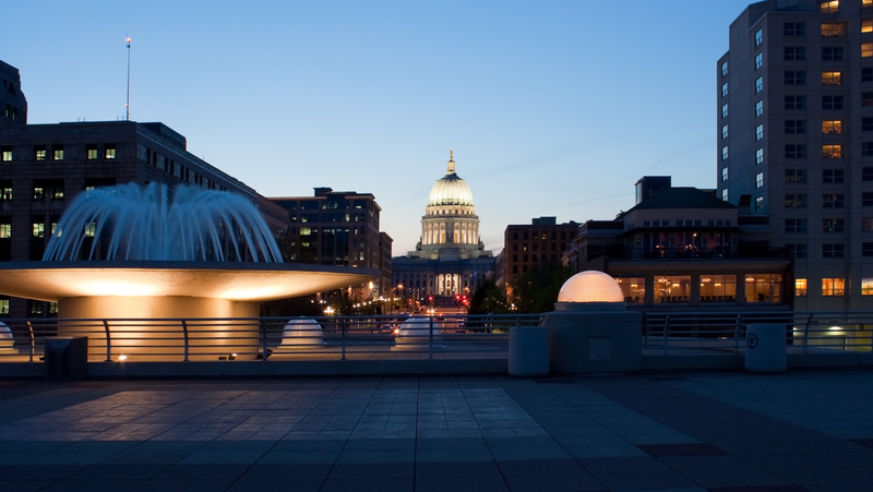 There's no better guide to a city than someone who lives there, so we asked local news anchor Hannah Flood for her take on culture, food and drink on the town she calls home.

Hannah Flood moved to Madison in 2015 to anchor the morning newscast at NBC15 WMTV, the local NBC affiliate. It didn’t take long for her to feel at home—which is especially convenient considering that a newscaster's job depends on knowing the people and places around the city. In the beginning, recommendations from co-workers came at her at lightening speed. But now she’s become so familiar with the area that she can offer her own in return. We checked in to hear her tips on how to make the most of your time in Wisconsin's vibrant capital city.

In addition to University of Wisconsin's huge student population (nearly 30,000), Madison is home to Epic, a massive medical software company, so there’s a steady influx of young people, and where professionals with disposable income go, a hip dining scene follows.

In many urban hubs, “farm to table” and “hyper-local” designations are worn as badges of pride. In Madison, it’s practically a necessity, what with Wisconsin being a huge agricultural state. It's a “super-foodie city,” Hannah assures—almost anywhere you go to eat, staff will tell you that the cheese is from a creamery 30 minutes down the road, and the beef is from a farm not much farther.

Hanna's many favorites run the gamut. When the night calls for a high-end yet still casual meal, Graze (grazemadison.com), a modern restaurant near the capitol building, answers. The chef, Tory Miller, recently broke onto the national culinary scene when he appeared on Iron Chef Showdown, winning out against Food Network star Bobby Flay. At Graze, his dishes are Korean-inspired but, this being Wisconsin, cheese curds make a few cameos on the menu. Cheese curds also show up at Lucille (lucillemadison.com), a sweeping warehouse-chic eatery retrofitted into an old bank and known for its craft cocktails and wood-fired pizza. The deep-dish and thin-crust options are both fine, but the absolute necessity is the pan nachos. Yes, cooked like a deep-dish pizza, with Wisconsin cheese.

If you’re looking for an ultra-casual meal, check out the Plaza Bar (theplazatavern.com) off of State Street, a main thoroughfare. With leather booths, old-school arcade games, and a frenetic open kitchen, it looks as though it’s been untouched since the 1970s, says Hannah. “It’s very Wisconsin,” she asserts. The spot is known for its burgers, slathered in creamy Plaza sauce. (The owner allegedly keeps the recipe locked up in a safe-deposit box).

Then there are the supper clubs, Wisconsin’s answer to the steakhouse. They were a new discovery for Hannah when she moved here and, she suggests, something any guest visiting the region should explore. One of her favorites is the Tornado Steak House (tornadosteakhouse.com), a true classic with a speakeasy element to it: If you didn't know to look for it, you might miss the discreet entrance, despite it being on a busy street. Like the Plaza Bar, it looks like it’s been unchanged by time. “The first time I took my boyfriend there, he seriously said he felt like a mobster,” she says. And pro tip: After 9 p.m., menu prices are slashed. A sirloin, for instance, is less than $15.

A City of Neighborhoods 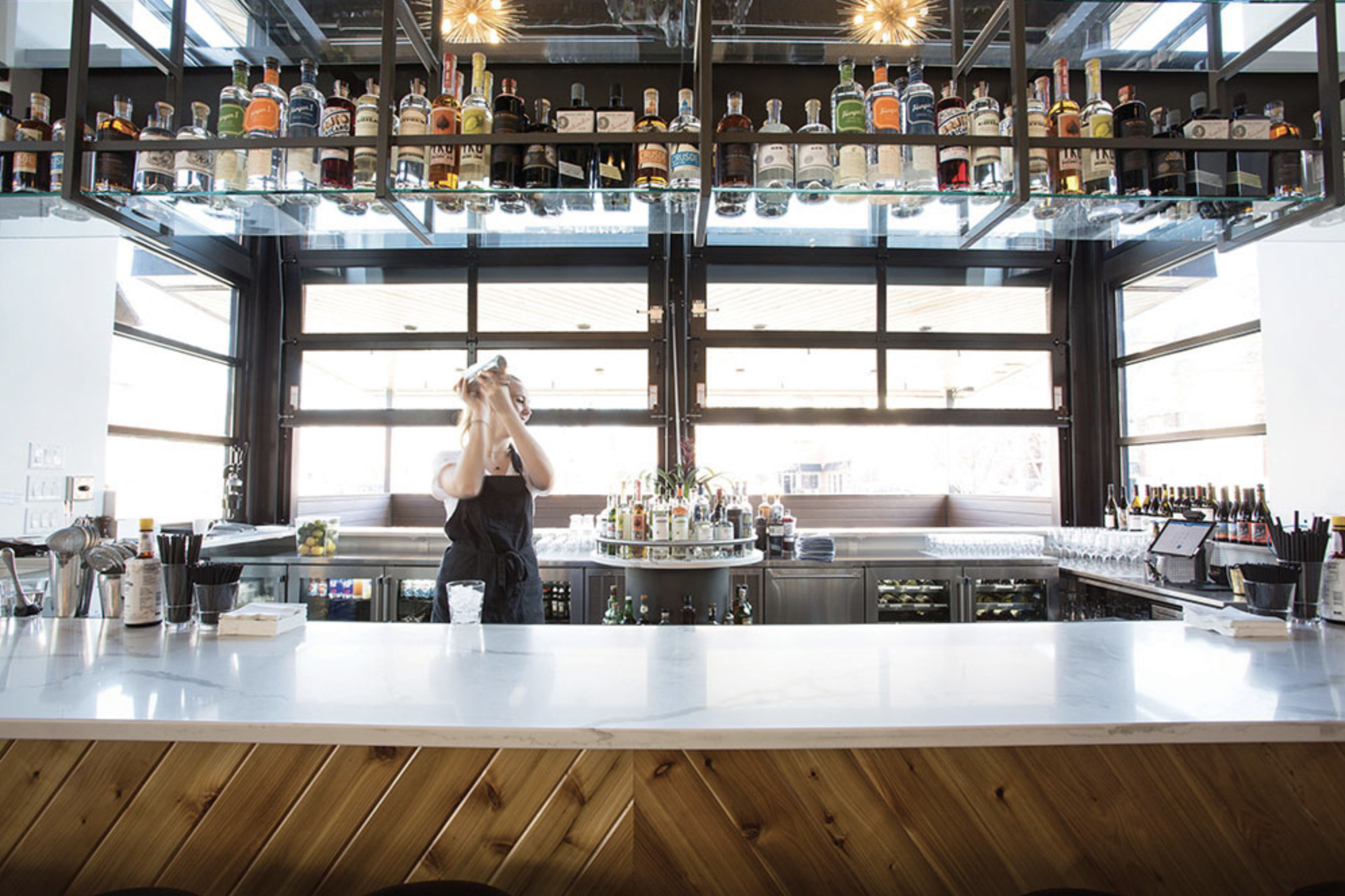 Madison’s geography is distinctive: It’s situated on an isthmus between Lake Mendota and Lake Monona, and there are four lakes located downtown. The capitol building is in the center, and all the neighborhoods radiate out from there.

Locals refer to Madison as the most liberal place between Berkeley and Brooklyn, and that long legacy is perhaps best personified by the moment, in the late '60s, when the city erupted in protest against Dow Chemical, maker of napalm gas. The neighborhood known as Willy Street, on the near east side of downtown, perhaps best typifies that free-spirited past. (Hannah describes it as “artsy, eccentric, and granola.”) Home to many young creative types and families with small children, it’s a vibrant destination for nightlife. Start with pre-dinner cocktails at Gib's Bar (gibsbar.com), a converted old house that's so cozy it reminds Hannah of hanging out in a friend's living room, then dinner at Texas Tubb’s Taco Palace (textubbstacos.com). Wrap the night across the street at Alchemy, a low-key joint with a dependable calendar of local bands.

Across town, the Monroe neighborhood embodies a different vibe. Situated near Camp Randall Stadium, home of the university’s football team, its winding streets are lined with longstanding houses, architectural eye candy. The area’s businesses are a little more “uptown,” so to speak, than Willy Street. The Everly (everlymadison.com), for one, serves California-style fresh meals, a far cry from the region's classic meat-and-potatoes fare. Small independent businesses abound. Hannah suggests visiting Zip-Dang (zip-dang.com), a husband-and-wife-run shop specializing in funky prints, many of which are inspired by the husband’s obsession with Wisconsin folklore (see: lake monsters). And don’t leave the neighborhood without stopping by Bloom Bakeshop for cupcakes. The presence of all these cute newer shops, however, doesn’t mean the neighborhood has abandoned its history. Mickies Dairy Bar (mickiesdairybar.com) is a relic that Hannah adoringly describes as a hole-in-the-wall. Diners committed to the eatery’s milkshakes, malts, and classic breakfasts dependably form lines out the door on weekends. 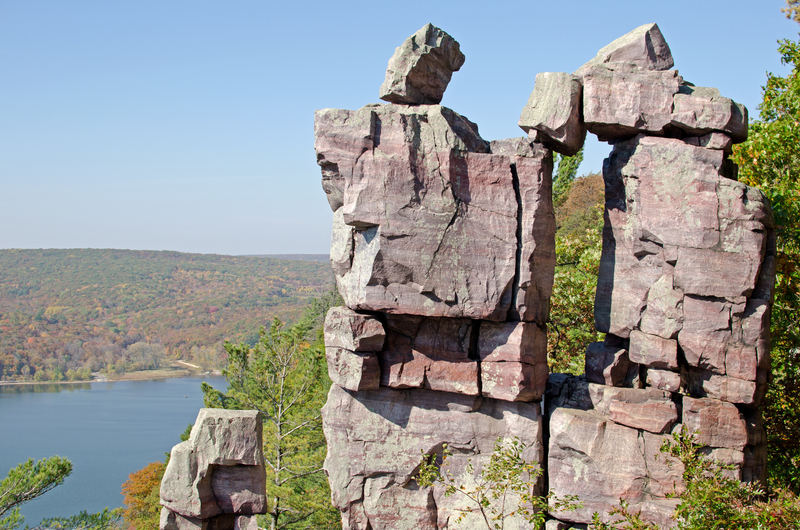 There is plenty to keep a visitor busy throughout a long weekend—or more—in Madison, but it’d be a faux pas to travel here and not explore the surrounds. One place Hannah always insists her out-of-town friends see is Devil’s Lake State Park—by her estimation, the most beautiful thing the state has to offer. The lakeside park, rimmed by colossal cliffs, offers paddle-boarding and hiking trails for all skill levels. It’s best known, however, for Devil’s Doorway, a colossal boulder precariously balanced on a cliff. There are two roads that lead there from Madison, each of which delivers its own rewards. Route 113 runs through Lodi, a sweet little enclave with a downtown worth stopping for, not least because of Buttercream Bakery, a local favorite (buttercream-bakery.com). But Hannah prefers the 40-mile drive along Route 12, which cuts through Prairie du Sauk, home of Blue Spoon Café (bluespooncafe.com), a vintage-style joint for burgers, breakfast fare, and gelato. There’s also an eagle-watching center nearby.