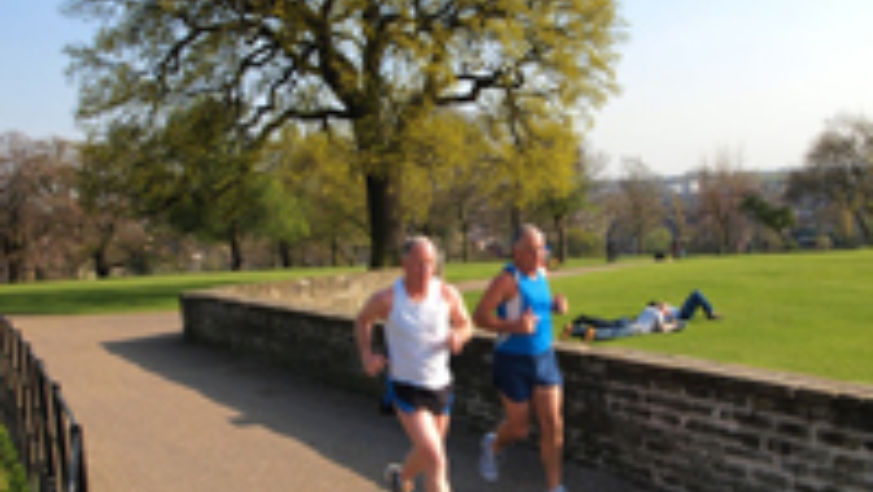 The recent London Marathon has inspired Londoners with an urge to shed their winter beer bellies and work on their six-pack abs. You see lycra-clad joggers everywhere. New arrivals looking to keep up the fitness regime during their stay will find that London's a great place for urban running. Here's the best of three routes.

The Thames Path, location: central London to the eastern and western suburbs

This pedestrian path fringes both banks of the river Thames for 180 miles, cutting through the heart of London and offering the chance to enjoy one of Europe's most scenic jogs. Runs vary from stretches along one bank to loops taking in both banks and two bridges. To take in the most famous sights as you run begin at Tower Bridge (subway: Tower Hill) and jog to Westminster Bridge finishing up at the Houses of Parliament (subway: Westminster), a run of five-and-a-half miles.

You never leave the city on this hilly run, yet with the muddy footpaths, extensive stretches woodland and welly boots and Labradors you'd be forgiven for thinking you were in the heart of rural England. The run begins at urban Kentish town subway or prettier Hampstead. From either location it climbs up onto Hampstead Heath, a huge hilly park covered in woodland and offering sweeping views out over London. Either option gives a run of four to five miles.

Central London's biggest green space is criss-crossed with running tracks. The longest is the outer circuit, a long oblong loop taking in the entire park and adjacent Kensington Gardens and passing Kensington Palace and the Princess Diana Memorial. The total distance is four-and-a-quarter miles and the park can be reached via the following subway stations: Hyde Park Corner, Marble Arch, Lancaster Gate, Notting Hill or Bayswater.

In the far south of the city is one of the largest urban green spaces in Europe, so much so that it is home to herds of wild deer. Hampstead Heath in the north has wonderful views out across the city, whilst Battersea Park a mile south of Victoria rail station across the Thames is the only large park in Central London which abuts onto the river.

There are many more jogging route options in London, with maps on run.com.