London springs back to life with the first buds and leaves. This month, locals begin to leave the fireplace and venture outdoors with a series of festivals and events.

The British Museum's African season continues with one of it's 2010 flagship exhibitions, showcasing 109 superb pieces of haunting sculpture, from the powerful medieval West African kingdom of Ife (pronounced ee-fay). It's one of the first times that such an extensive collection — which is mostly drawn from museums in Nigeria — has been seen outside Africa. Previews have been hot with the critics. The Daily Telegraph heralded the show as "potentially the exhibition of the year." In Bloomsbury, the central London neighborhood north of the West End theater district. britishmuseum.org, March 4–June 6, $12.

This six-day festival, opened by the Mayor of London, celebrates the cultural life of the East of London — famous abroad as the perennial home of the crafty Cockney but known to Londoners for its striking architecture pre-Olympic games architectural renaissance, its cool Hoxton clubs, and vibrant South Asian cultural life. This year's East programme focuses on these—with music and art shows from British India and the Indian sub-continent, a series of events for families at the Barbican Center, architecture shows, and free concerts throughout the area. March 4–9 visitlondon.com/events/east

This year St Patrick's day falls mid-week on March 17. So London's huge Irish community kick off several days of Guinness- and Beamish-soaked celebrations on the weekend before. Parties in scores of London pubs and bars kick off on March 13th and the following day there's a huge St Patrick's Day Sunday Parade with marching bands, floats, street theatre, music and a procession of representatives of all 32 Irish counties, dressed in their traditional colours. Parallel with the parade is a festival in Trafalgar Square with Céilidh music and dancing. The parade starts in Piccadilly at noon (subway: Piccadilly) and continues through Central London and Trafalgar Square, finishing at Whitehall Palace.

This spectacular night of ballet features stars from Europe's top ballet companies—including the Royal ballet, the Bolshoi, Kirov, Paris Opera, the Berlin, and the Vienna Staatsballet paying homage to one of the twentieth century's greatest dancers. It's a rare treat to see so many wonderful dancers gathered on one stage, especially when tickets start at $19.50. March 21 at 7 p.m., eno.org

The Head of the River Race

London's largest and most spectacular rowing race takes place over a few hours on the Thames between Mortlake and Putney on the last weekend of March. Some 400 boats leave at timed intervals to create a colorful procession along the river. No one knows who wins until the last boat arrives at Putney Bridge. And only the crews really care — the point is the spectacle and an afternoon whiled away on the banks of the Thames the day before Summer time officially begins in Britain. Let's hope it doesn't rain. The Oxford and Cambridge Boat race (which I'll profile in a separate blog) also takes place in March. Mar 27, 1:15 p.m., horr.co.uk 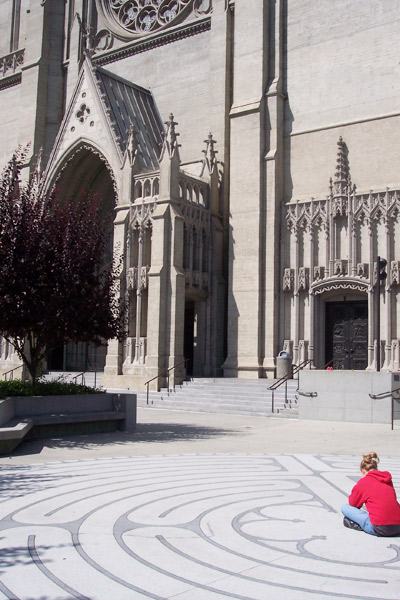 Crabbing off the pier March marks the beginning of California's crabbing season, and you can get in on the action with a free pier-crabbing demo offered by the National Park Service every Saturday. After class, borrow the free equipment and put your skills to the test. At Historic Fort Port in the Presidio. Saturdays from 10 a.m.-12 p.m., Make a reservation at 415/556-1693. Demonstrations are free. The St. Patrick's Day Parade Join in the celebration on March 13 during the annual St. Patrick's Day Parade and Festival. Floats, Irish dancers, and marching bands troop from Harrison and 2 Street in SOMA to the Civic Center, where the party continues outside City Hall with live music, beer gardens, and kids' activities. The city's large Irish population, which includes many expats, has made this the largest St. Patty's Day parade west of the Mississippi. Parade begins at 11:30 a.m.; Civic Center Festival from 11:00 a.m.-5:00 p.m. Head to Market Street between 2 and 6 streets for the best views. Culture at First Thursdays On the first Thursday of every month, many of the city's art galleries hold evening receptions featuring artwork from both local emerging artists and the more nationally renowned. Wine flows as galleries stretching from the Mission to North Beach party on (you can download a map at firstthursdayart.com), but the best way to enjoy the night is at the 49 Geary building downtown, home to a dozen or so of the city's top galleries. This month at 49 Geary, make sure to check out photographer Diane Arbus, known for her portraits of the deviant and marginal at the Fraenkel Gallery. 49 Geary, 5:30 p.m.-7: 30 p.m. Free admission. Organ recitals at the Grace Cathedral Visitors come to tour the French gothic Grace Cathedral because of its floor labyrinths, soaring stained glass windows, Keith Haring altarpiece, and Interfaith AIDS chapel. But another huge draw is its famous 7,467-pipe organ, which draws renowned organists from around the world. The cathedral hosts a free concert series; this month features soloist Susan Jane Matthews who has played in Europe and the U.S. (including at the Washington National Cathedral). Sunday March 14, 4:00 p.m. 1100 California Street, 415/ 749-6300, http://www.gracecathedral.org Weeklong Happy Hour Thanks to Yelp, 25 of San Francisco's most popular bars are holding a seven-day happy hour the first week of March, offering half-priced signature cocktails for about $5, many crafted especially for the event. Some favorite bars taking part are the Michelin-rated, swanky Fifth Floor restaurant, the classic art deco Grand Cafe, the famed Yoshi's jazz club, and Credo, the newest hot spot in the Financial District. March 1-7. 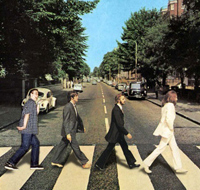 Over the past few weeks Londoners and Beatles fans the world over have been up in arms about EMI's possible plans to sell Abbey Road Studios, the legendary location where the Fab Four recorded many of their greatest albums. The studios are a prime piece of real estate near Madonna's old home and around the corner from Kate Moss in ever-so-fashionable St John's Wood, and there were fears that they'd be snapped up and turned into swanky apartments. The rumors became a scandal that soon made the national news&mdash;on all channels. Concerned fans launched a huge Facebook campaign and Paul McCartney was rung up and interviewed repeatedly, expressing concern and proclaiming sadness. On February 17th, the National Trust&mdash;which preserves many of the country's heritage buildings&mdash;announced that it was thinking of launching a campaign to save the studios. And two days later, Andrew Lloyd Webber said he was "very interested" in buying should EMI formally decide to sell. Last week, the government finally stepped in, giving the building Grade II listed status&mdash;the third-highest legal category for protection of buildings and monuments in the country and preserving the shell&mdash;if not necessarily the studios themselves for posterity. Culture Minister Margaret Hodge explained that Abbey Road had "produced some of the very best music in the world." EMI have announced that they no longer have plans to sell Abbey Road. This is much to the chagrin of taxi drivers. The studios are a little way from my home and whenever I pass, there are always dozens of tourists holding up the impatient London traffic by photographing themselves on the zebra crossing in emulation of the Beatles. Abbey Road's greatest hits Sgt. Pepper's Lonely Hearts Club Band &ndash; The Beatles Tales of Mystery and Imagination &ndash; The Alan Parsons Project Year of the Cat &ndash; Al Stewart Never Forever &ndash; Kate Bush Notorious &ndash; Duran Duran Jesus Christ Superstar &ndash; Andrew Lloyd Webber The Bends &ndash; Radiohead Be Here Now &ndash; Oasis Safe Trip Home &ndash; Dido Love Never Dies &ndash; Andrew Lloyd Webber EARLIER London: A sequel to Phantom of the Opera Tickets go on sale March 9 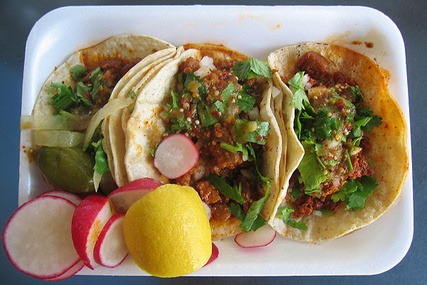 Women's Day Italy celebrates the annual Festa della Donna on March 8 with discounts for ladies at bars, clubs, cinemas, and some restaurants. Over the weekend of March 6-7, all state-run museums and archaeological sites let women in for free. The Casa Internazionale delle Donne sponsors free exhibits, film screenings, and dance performances at Campo de' Fiori on March 7, from 11 a.m. to sunset. And don't be surprised if you see women across the city with mimosas, yellow puffy flowers on stalks that are traditionally bestowed by men (glorified rag weed, if you ask me). "Our World" photo exhibit Take a break from Rome's ancient glories to contemplate the modern human condition at the free National Geographic "Our World" exhibit at the Palazzo delle Esposizione. Ninety photographs are organized in a progression (kids, women, men, group) meant to highlight both our differences and similarities. via Milano 13, open Tues-Thurs and Sun 10a.m.-8p.m., Fri-Sat 10a.m.-10:30p.m., through May 2. Organic food fair La Citta' dell'Altra Economia, an organic food collective inside former slaughterhouse grounds in Testaccio, hosts its monthly fair on Sunday, March 21. Known as Altradomenica, the fair encompasses stalls selling locally grown produce, activities for children, and lectures. The marketplace is free and open 10 a.m. until sunset; enter at Largo Dino Frisullo. While you're in the neighborhood of Testaccio, you might stop to see statuary at Centrale Montemartini. Ara Pacis in its true colors The Ara Pacis&mdash;Emperor Augustus's Altar of Peace&mdash;will stay open after hours over the weekend of March 26-28. Visitors can see a multimedia exhibit devoted to singer-songwriter Fabrizio De Andr&eacute; and another exhibit, "L'Ara Pacis in Color". Color will be projected onto the monument to recreate what it would have looked like when painted during ancient times. Evening visits March 26-28 from 8-11 p.m.; &euro;9 ($12). Landscapes of the American West Museo di Roma in the medieval neighborhood of Trastevere is the unlikely site of an exhibit on the American West. American photographer Stephen Shore snapped the images for "Biographical Landscape" during his cross-country journeys from 1969 to 1979. Piazza S. Egidio 1B, Tuesday to Sunday 10am-8pm (last entrance 7pm) through April 25; &euro;5.50 ($7.50).