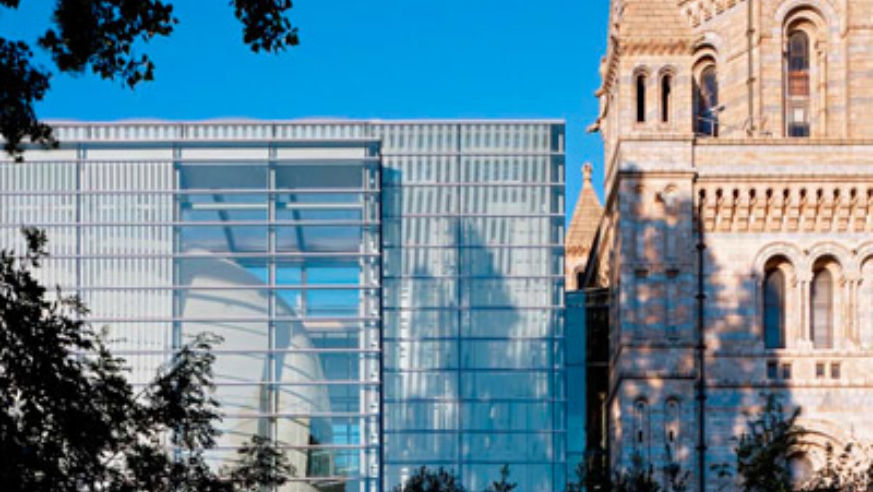 The Natural History Museum's $127 million Darwin Centre (opened in September 2009), looks like an eight-story-high termite egg. It's bizarrely propped up against the grand neo-Romanesque 19th-century edifice which houses the main museum galleries.

Inside the new building, a winding, slowly ascending walkway leads visitors past fish-tank like galleries showcasing the museum's collection of over 17 million insects and arachnids, three million plant specimens and, at the apex of the egg, white-coated entomologists beetling away in what must surely be the world's first open-plan lab.

Interactive displays alongside exhibits have the pinioned bugs spring to life on screen, where they can be examined and scrutinised at leisure, magnifying body parts or clicking on menus explaining everything anthropoid from spiracles and chitin to insect sex. And there are games and educational exhibits for kids.

It seems an unlikely place for tapas and chardonnay, but the Darwin Centre has an increasingly popular bar, attracting young workers for happy hour as much as post-museum drinkers.

The Blue bar serves cool cocktails (we liked the blueberry bellini), bottles of pilsner, European and new world wines and up-scale bar snacks and light food (a seafood platter for two costs $28), to the accompaniment of live jazz. If you stick to beer, a round of drinks in the Blue Bar will set you back no more than it would in a London pub.

Darwin Centre is open until 10 p.m. on Fridays (and slightly later on the last Friday of every month). See nhm.ac.uk for more information. You need to reserve free tickets in advance.

Meanwhile, the Natural History Museum itself is free, and is open until 5:50 p.m. most evenings. At the South Kensington stop, on the Circle, Kensington, and Piccadilly Tube lines.