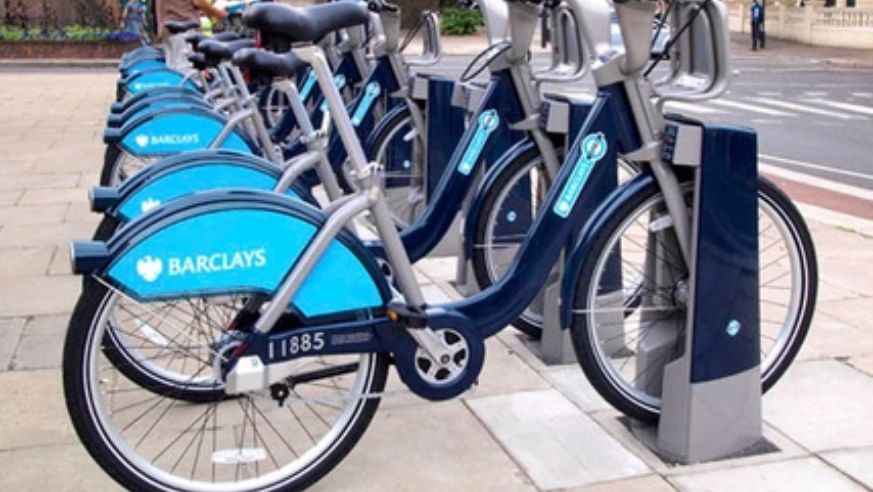 This past weekend saw the launch of London Mayor Boris Johnson's much vaunted bike rental plan (known as a "cycle hire scheme" to locals). About 6,000 bicycles are now available to rent. They've been distributed around town at about 400 docking stations, similar to Paris's program (which we tested out in a recent video report).

Soon American visitors will be able to join Londoners in renting bikes to tool around town. The annual membership plan just announced by the mayor is aimed at residents, while vacationing Americans will only want the occasional usage plan—set to launch in late August or September. Occasional usage will cost $1.55 per trip.

London is one of the best cities in Europe for cyclists. Hills are few and generally shallow and there are none at all downtown where you'll find most of the major sights. For instance, it's only a 10-minute ride between the Houses of Parliament and Buckingham Palace. And it's about 30 minutes from the Houses of Parliament to the Tower of London (where the Crown Jewels are displayed)—all of ride along a designated river bank walking and cycling path.

It's easy to rent a bike. The cost depends on the duration of your trip. Journeys of half an hour or less are free. For the first few weeks at least, you'll need to sign up online with a credit card before you can use the bikes.

On top of membership and the occasional use fee is a bicycle usage fee based on the amount of time you spend cycling. The first thirty minutes cycling are free. An hour costs $1.55, a 90-minute trip costs $6 and costs climb in increments from there to a steep $78 for 24 hours. You will rarely be cycling for more than an hour though, as you'll drop off the bike when you reach your destination. So renting a bike in London is far cheaper than taking the subway or bus on a one-time, one way basis.

The bikes are kept at docks, most of which are near subway stations. Look for the blue and white circular "cycle hire" symbols. If there's a red light above any given bike, it means the bike is not available—probably because it is in need of a repair.

Here is how you get the bike out of the dock:

Insert your credit card into the credit card reader. An amber light will illuminate while your membership account or verification code (given to occasional users after they enter their credit card) is being verified. A green light flashes, and then you can unlock your bike and head off.

When you return your two-wheeler, make sure you get a green light and clicking sound. Otherwise, you will continue to be charged after you've walked away. There's a video showing you how the scheme works on www.tfl.gov.uk/BarclaysCycleHire