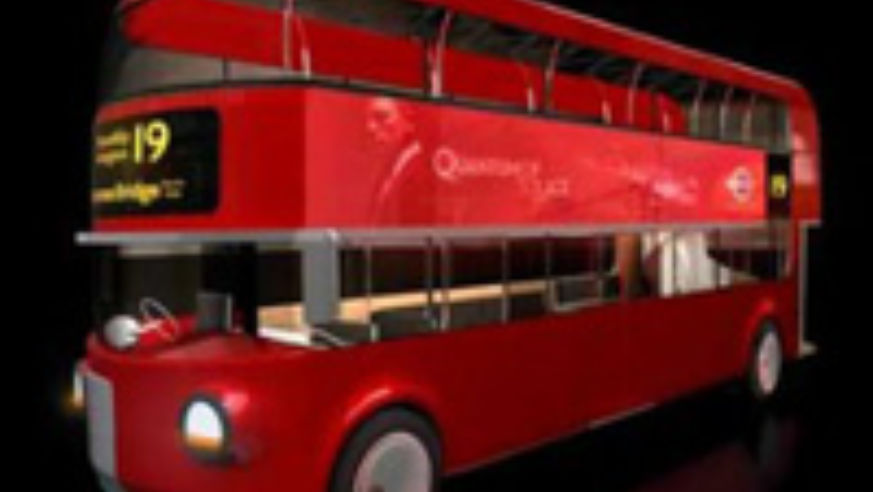 London was the only world capital with an iconic bus, the royal red Routemaster, a double-decker, hop-on hop-off, totally British bus that for more than four decades transported riders on routes all over town. The bus wasn't glamorous, but it was as memorable as Big Ben.

Yet in 2005, authorities replaced the classic Routemasters with bendy buses that could carry more people and were "safer" because they no longer allowed a hop-on, hop-off system (which required a conductor to check tickets, an additional cost).

But the replacement bus has been a bust. And the city's recently elected mayor has been trying to fulfill his campaign pledge to bring the Routemasters back.

A new bus design has been cooked up by Aston Martin (maker of James Bond's favorite time of sports car). This design brings back the hop-on, hop-off model, while adding wheelchair-accessibility (which is something the old buses sadly lacked).

The new bus is also is "greener." It has solar panels built into a glass roof and an energy efficient engine and interior-heating system. Frankly, I'm not sure how much sun the solar panels will see in London, but co-designer Aston Martin insists that the buses will prove their environmental friendliness.

The cost of producing the new buses isn't certain. But the mayor insists they'll be installed on city streets by 2011.

The Paris-London train line will get faster in 2010

A large new rail system is coming to London