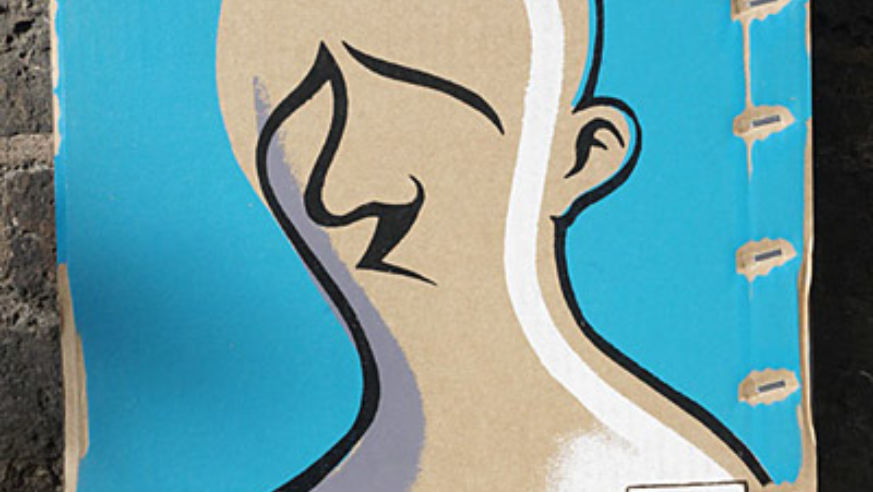 © Adam Neate, courtesy of Elms Lesters Painting Rooms
This is an example of the art being given away

If you're walking the streets of London tomorrow, you might stumble upon a piece of artwork by Adam Neate, one of the world's top street artists. Unlike some of his famed graffiti, these pieces are portable—feel free to take one home with you.

Just before dawn on Friday, Neate's helpers plan to distribute 1,000 screenprinted paintings all over the city, starting on the outskirts and working their way inward. The pieces—printed on cardboard, wrapped in cellophane, and autographed by the artist—will be placed everywhere from outside public landmarks to questionable alleys in sketchy neighborhoods, until their new owners pick them up.

Neate's giving back to the streets, where he began his career as a graffiti artist. He pulled stunts like this before he made it big, but these days, his works fetch as much as $100,000.

He told the Independent earlier this week: "It has always been a dream of mine to do a show around the whole of London, to take over the city in one go. I want everybody to be able to see it, but once the pieces are out there, I don't mind what happens to them."

It'll be a heyday for budget art collectors—if you find anything in Neate's London gallery, be sure to let us know.