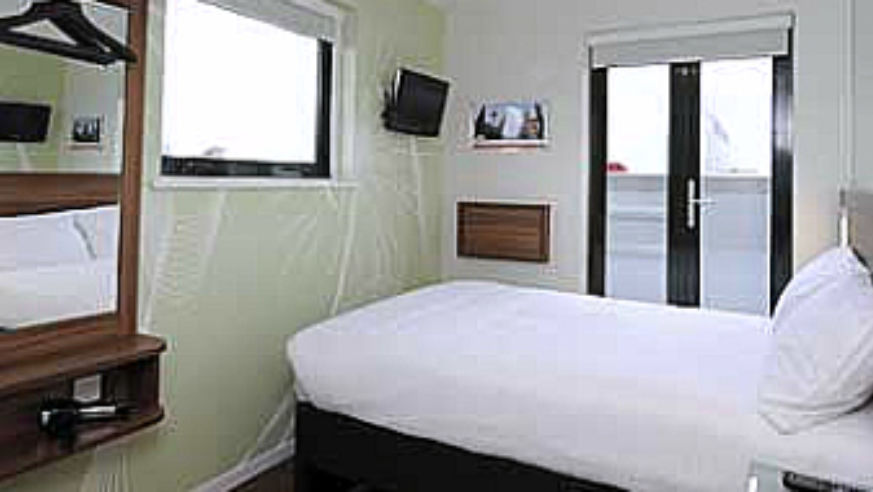 London's newest, most affordable, and well located new hotel, Tune Hotels Westminster, is the complete opposite of the city's iconic hotels, with their doormen in long coats and top hats. Imagine if Spirit Airlines ran a hotel in its famous, fee-for-everything, self-service style, and you'd be closer to the mark.

Budget hotel chain Tune Hotels doesn't cut costs so much as pass them on. Free toiletries, in-room safe, and hair dryers are goners. Guests are greeted at the front-desk with all-new costs. Pay $2.40 for a towel rental, $4.80 to activate the TV each day, and on and on. Most astonishingly, your room only gets a housekeeping visit before your arrival and on every third day. More frequent cleanings cost $12 each.

The surprise: It's worth the hassle. Tune Hotel Westminster's regular rates start at $54 and have, so far, never topped $99. That's a super deal. Anything under $100 a night in London is amazing, especially for a just-renovated building that's within six subway stops of the city's most iconic attractions.

The location: Fantastic. The hotel is 30 feet from a Tube station on the Bakerloo line, which can take you to Buckingham Palace in 10 minutes and to the shops at Oxford Circus in only five stops. That said, the Lambeth neighborhood immediately around the hotel is boring.

Other hotels may soon follow Tune's lead and charge fees. What do you think of this trend of renting towels, TVs, and more? Post a comment!

The setup: From the outside, the 79-room Tune Hotels Westminster looks like a boxy airport hotel, given its former life as bank and government offices. But swing into the candy-cane colored lobby, and there's a fresh modern look in every corner.

Sleeping arrangements: Tiny! As in, 90-square-feet tiny. As in, enter-the-room-and-hit-your- head-on-the-far-wall tiny. America's top hotel blogger Juliana Shallcross recently stayed at Tune Hotels Westminster overnight for $91 after all taxes and add-ons, and reported, "The room is incredibly small yet everything is somehow just where you need it." For example, there's plenty of storage space under the bed. Gadget charging is easy with ample, well-placed power outlets.

Unexpected extras: Shower pressure is strong and the temperature control is precise. For about $7, a substantial breakfast from local chain par excellence Costa Coffee can be delivered to your room.

The details: tunehotels.com, 11 private rooms without windows from £35 ($56), with windows from £40 ($64). Even better, sign up for the hotel's mailing list and you could catch a sale offering rooms for less than a dollar a night.

14 more Tune Hotels will be built around London by the end of 2012. Would you stay at a hotel that charged fees for using their towels, using their TV, and using housekeeping every day? Sound off in the comments!

The Breakdown on 8 Membership Programs