London: How staying near Paddington can make your trip better 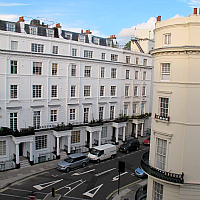 In west central London, it's smart to stay in the quiet area near Paddington Station, which provides speedy access to the city's iconic destinations.

Once gritty zones where the final drug deal in Trainspotting was filmed, the neighborhoods of Paddington and Bayswater have softened their edges to become a haven for value-priced hotels.

Hotels here—unlike those downtown—are quiet and roomy, and most are inside white and black Victorian town houses that have been refurbished. Couples and families make up most of the guests in the local hotels—not business people with expense accounts or backpackers who make lots of noise late at night.

Here's what to expect, plus four Budget Travel-recommended hotels:

Lying on the north side of Hyde Park, it's a short walk from here to the famous clothing shops on Oxford Street. On weekends, it's easy to visit the famous Portobello Road market from here. Hop on the Tube (or subway) at Lancaster Gate station and go two stops to Notting Hill Gate station.

Heathrow is the airport most Americans fly into, and the Heathrow Express rail service takes you nonstop to Paddington. Drop off your bags at your hotel a few blocks from the station, and then get on with your first day of exploring the city quickly—without paying for any pricey black cabs.

In London, the pubs with the best ale and lager are usually owned by local breweries. Fullers is one London microbrewery with pubs around town, including two in this district: The Swan and Victoria.

Be sure to buy a Paddington Bear, the famous character from the children's book series. Look for the kiosk on the eastern side of the station, close to the entrance to the train platforms under the station's cavernous roof (and just outside of the shopping concourse shrouded in glass), It costs £10, or about $16. You may also want to check out the statue nearby of Paddington. It's cute, and quite the contrast to the statues of generals seen elsewhere.

Truth be told, this is not a food-centric part of town. Best to grab a breakfast to go at a small shop in or by Paddington Station, such as Marks & Spencer Simply Food, and set on about your day exploring the city.

This newly refurbished Victorian town house is next to Hyde Park. From $108.

This Georgian town house is a great choice for families, given its unusually spacious top-floor rooms. From $108.

A modern 140-room retreat in west-central London with touches of antiquity. From $141.

This traditional hotel near Kensington Gardens is known for its crisp, formal service. From $141. 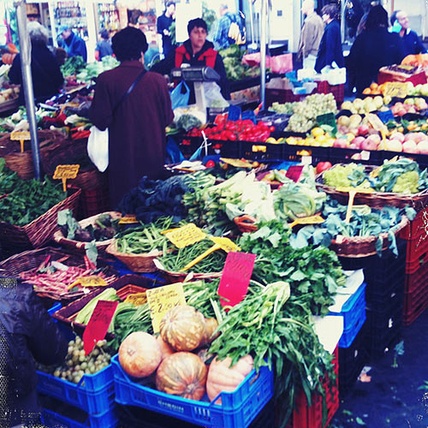 Halloween marks the beginning of the holiday season&mdash;before we know it Thanksgiving will be here, followed by Christmas and Hanukkah. You know what that means&mdash;time to start thinking about vacation. Since we love fantasizing about what's next on our travel list, we decided it was high time to dig through our files to find photos that are so spectacular they're bound to jump-start plans for a new adventure. See the slide show and tell us what you think&mdash;will you visit any of these places in 2010 (or 2011)?

Espresso drinkers in Rome should prepare for a jolt of another kind. The inflated price of coffee beans has increased the likelihood that local caf&eacute;s will hike up prices before the new year, according to a report in the Italian daily paper Corriere della Sera. Coffee futures broke the $2-a-pound level for the first time in 13 years earlier in October, and coffee makers have already begun communicating the upcoming increase to businesses in Rome. Prices are currently around &euro;0.80 ($1.10) for a cup of espresso, but experts predict an increase of about &euro;0.20 ($0.28) cents to a new price of &euro;1 ($1.38) in Rome, where caf&eacute; owners have so far managed to keep coffee prices comparatively low. In cities like Milan, the Italian hub of luxury, you can easily be charged between &euro;1 to &euro;1.50 ($2.07) at the bar. I checked with the staff at Rome's La Bottega del Caff&eacute; (Piazza Madonna dei Monti, 5, 011-39/06-474-1578). They said they will definitely be compelled to raise prices, though they don't know by how much yet. Last time they raised prices was in 2008 when an espresso went from &euro;70 ($0.97) to &euro;80 ($1.10). Some bar owners interviewed by Corriere della Sera said they only plan to up the cost of coffee served tableside and not the quick cup you drink standing at the bar. Most Italians on their way to work in the morning sling back coffees standing up and don't take more than a minute or two to drink a cappuccino. At La Bottega del Caff&eacute;, coffee at the bar currently costs &euro;0.80 ($1.10) compared to &euro;2 ($2.76) at the table. Watch this video clip for tips on how to order coffee like a Roman. On my way to a meeting last week, I stepped into a bar near the Vatican called La Bottega di Raffaello (Via dei Corridori, 42), which has started serving American-style coffee to go. An American coffee costs &euro;1 ($1.38). If you have ever been to the Eternal City, you would know that this kind of Starbucks or Dunkin' Donuts coffee is a serious anomaly. I personally think that the traditional Italian coffee experience is a treasure worth preserving and experiencing. But if you're desperate for that warm paper cup and plastic cover to take with you, now there's a place to find it. MORE ON ROME How to tip in 6 situations Neighborhood watch: Monti, Rome How to get tickets for Rome's film festival

San Francisco's innovative hands-on science museum the Exploratorium will get a new home in 2013. Construction has just started on nine acres of waterfront at Pier 15 and 17, on the Embarcadero between the Ferry Building and Fisherman's Wharf. The museum is known for its original educational programs and explore-for-yourself exhibits that explain science and technology. There's even a program where artists and scientists work together. The new building will offer gorgeous bay views, not to mention twice as much exhibition space, a new restaurant, a glass observatory building, and two acres of outdoor space. The construction itself is a feat, involving the repair, replacement, and installation of pilings that extend 160 feet into the sea floor. The sustainable design also includes green elements, like a heating and cooling system that uses bay water. In the meantime, you can still visit the Exploratorium at the Palace of Fine Arts, 3601 Lyon Street. admission $15, but free on the first Wednesday of the month. MORE ON SAN FRANCISCO A Shorthand Guide to Burritos 12 Things You Didn't Know About San Francisco 8 Perspectives on the World's Most Beautiful Cities