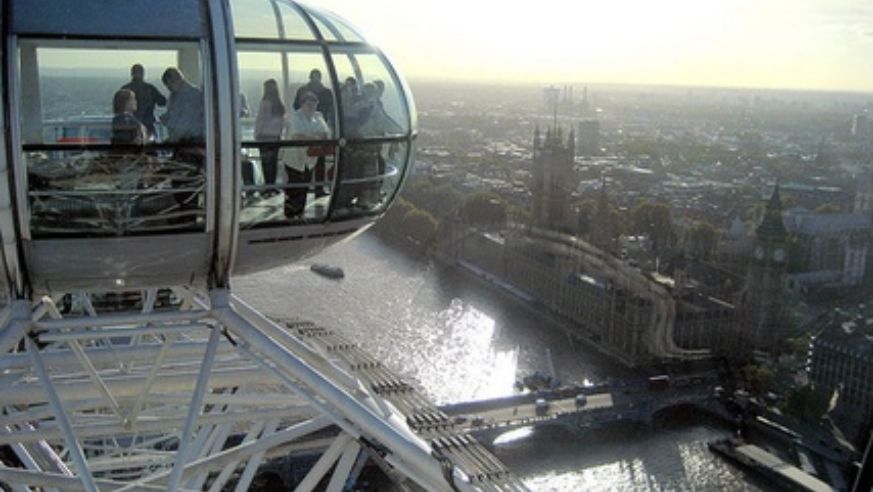 London's biggest end of the summer party takes place on the 11th and 12th along the banks of the River Thames between Westminster and Tower Bridge. There are free concerts from the likes of fusion band Saravah Soul, a nighttime carnival, circuses, firework displays, markets and all manner of street performers. Free

Between September 9th and 12th throughout England, historic buildings which are normally closed to the public throw open their doors to visitors. The city of London has also organized Open House London, with an additional list of open sites the following weekend (September 18-19). All in all, hundreds of

wonderful buildings and tourists sights are open—for free—including the Bodleian Library in Oxford, great Masonic Temple in Covent Garden (where there is a huge painting of George Washington in full Masonic regalia), The Royal Society buildings in Westminster (where Newton and Priestley were members), and tourist attractions like

The biggest annual race on the Thames takes place at 12:15 pm on September 25th, when river craft—everything from adapted bath tubs and Polynesian war canoes to svelte competition kayaks—gather in Ham in West London to race 21 miles to the Docklands in the East. It's far less exclusive than the more famous Oxford-vs-Cambridge boat race, but far more colorful—and if you can get hold of a boat you can even enter the race, instead of just watching it. Free

Between September 8th and 19th, Prince Charles throws an 11-day shindig in the gardens of his London Palace. It's to raise money for his favorite charities. Tickets are a snip at US$23—which includes privileged access to the royal lawns and flower beds, as well as a full program of entertainment. This year this includes music by Jools Holland, comedy by local stars Marcus Brigstocke and Hugh Dennis, and a fashion show by Vivienne Westwood.

A coterie of London and the world's top designers gather at Somerset House in the city center between September 23-26 to parade their latest wares on the catwalk and offer the hoi polloi the chance to buy their gowns and garb for 70% of the retail price. Designers who will be showing this year include John Galliano, Chloe, Mawi, Herve Leger, Vivienne Westwood, Beatrix Ong and Pyrus. Get tickets (from US$20) and more information here.