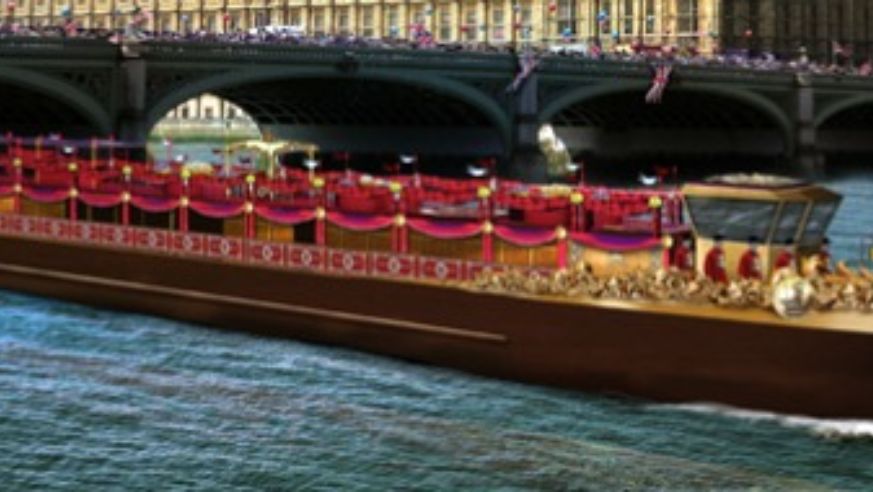 On the first weekend of June, the United Kingdom celebrates the 60th Anniversary of Queen Elizabeth II's reign with a seven-mile flotilla down the Thames River, an open-air concert with performances by Sir Paul McCartney and Sir Elton John, and—around the country—bonfires and ox roasts, fireworks displays, and museum exhibitions.

June 3 is the biggest day. The Thames Pageant, free for visitors, will bring about 1,000 boats done up in bunting to the Thames River. They'll float past the Houses of Parliament to the freshly renovated Tower Bridge (circa 1894). A floating belfry will chime along with the bells in riverside churches. About one million people are expected to line the riverbanks and cheer their royal majesty.

Lucky visitors may glimpse the Queen herself as she floats on the Spirit of Chartwell. Get info at thamesdiamondjubileepageant.org.

There will also be an open-air festival at riverside Battersea Park all afternoon.

Nationwide, about 10 million people are expected to host thousands of street parties, with tea and cakes a typical treat. The British Boy Scouts and other volunteers will work to make sure that the elderly are able to participate in the community celebrations. At night, fireworks displays will take place nationwide.

On June 4, tens of thousands will attend a concert by Buckingham Palace, while more than 2,000 beacons will be lit by communities and individuals throughout the UK.

On June 5, a special Christian service will take place at St. Paul's Cathedral, followed by a carriage procession through London's streets. The nation's businesses are closed on the Friday and the Monday of this four-day holiday weekend, meaning that everyone will be out in force.

The Diamond Jubilee is a historical rarity last seen in 1897, which was the only other one in history. In 1952, Queen Elizabeth II acceded to the throne, yet she has been in public service even longer. A media star since birth, she made the cover of Time at the age of three.

This year, at age 86, the queen can look back proudly at having only misbehaved once in public, namely, at her christening. (She cried all through it.) In other words, Her Maj has given tireless service. Even today, she's known as "one-take Windsor" for her ability to master a speech on the first try.

Bitsy is also a model traveler. On journeys abroad, she only insists on taking with her "some marmalade, bottled water, tea, and her own pillows." Her travel budgets are typically less than those of US presidents.