Courtesy of Bermuda Department of Tourism

In the rest of the European Union, it is legally required for employees to have 20 days of paid vacation each year, though many companies count national holidays toward that 20 day quota.

In comparison, workers in the US typically take only a dozen days off a year of paid vacation, according to a 2011 survey by Hotwire.

One in four US private-sector workers doesn’t receive any paid vacation at all. US workers who do receive vacation days often fail to take all of the days they’re entitled to. In fact, nearly half of workers don’t use all of their days, a recent Ipsos survey found.

Productivity per hour, and not total hours worked, seems to be a more important factor in determining which people and countries get rich. Workers in Germany and the Netherlands produce just as much work per hour as Americans do on average, even though they take four times as many paid-vacation days (six weeks, on average).

What about Greece, lately often criticized in the media? Well, the average Greek who is employed works more hours than workers in any other European Union country. But more than one in five Greeks is unemployed, leading to an impression that the country doesn’t work hard.

Why is America the “no vacation nation”?

Maybe it’s because we like working more than other countries do. Working makes Americans happier than it does for Europeans on average, according to a study published in the Journal of Happiness Studies and written by Adam Okulicz-Kozaryn, an assistant professor at the University of Texas at Dallas.

What do you think? Do the Europeans know something we don’t? Should we have more paid-vacation in the US? Can vacations restore one’s mind, body, and soul—leading to more productive efforts when people are back on the job?

Or should the US continue keep paid vacation time to a minimum, given that it makes us happy to work and given the growing competition from workers in countries like China, India and Brazil who almost never take vacation.

How to Have a Happier Vacation

8 Ways to Save on Hotel Rooms

The vacation home rental market is booming, but what protections do renters have in the face of potentially inconsistent properties? In a step towards attempting to alleviate that concern, VacationHomeRentals.com has added an optional insurance product for its rentals that is meant to protect against a home that has been foreclosed on or is in bankruptcy, an owner who has double-booked the property, or a property that has been misrepresented in the ad. The insurance starts at $29, and goes up from there. For instance, for a total rental price of $2,000, the insurance costs $65. For a $10,000 rental, it runs $325. The protection is good for up to $10,000 in coverage. But as with any insurance policy, renters should read the fine print. For example, the item that probably catches most potential renters’ eyes is protection against a property that has been misrepresented. Anyone who has ever rented a vacation home has probably had some encounter with this item, but misrepresentation can be broadly interpreted. In the terms and conditions section of what VacationHomeRentals.com calls the "Happy Rental Guarantee," the site breaks down what the clause doesn't include in very precise detail. Additionally, VacationHomeRentals.com claims to prohibit owners from inflating their property reviews by having friends or family weigh in. How the site monitors this activity is not explained, however. But it did say that owners must pass a "rigorous screening process before being allowed to advertise their property on our site," executed by a third party "security enhancement firm." What has been your experience with vacation home rentals? Do you feel the market needs to have more protections like these for renters? Why? More from Budget Travel: The Dark Side of Vacation Rentals A service for finicky vacation home renters READERS' CHOICE: Which Airline Has The Nicest Flight Attendants? 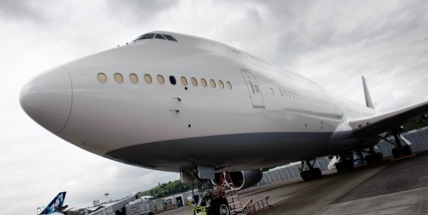 Tired of the growing number of hidden baggage fees, seat upgrades and meal costs the airlines keep springing on us? Well, the U.S. Department of Transportation has vowed to put an end to the endless surprises. Starting Jan. 24, the DOT is putting into effect a new rule whereby all taxes and fees will have to be included in the advertised airfare. Specifically, the DOT is requiring all fees for optional aviation services be prominently displayed on carriers' websites. Already, some carriers and travel companies are starting to display their fees and taxes upfront in advance of the DOT's deadline. MLT Vacations, for instance, which operates United Vacations, Delta Vacations, Air France Holidays and Alitalia Vacations, this week started including all hotel and flight taxes and fees it its pricing, ahead of the full fare advertising requirements. Previously, MLT noted all of the taxes and fees separately in the terms and conditions section of each advertised special. MLT calls its new way of displaying its prices "No-Surprise Pricing." "Technically, our prices won't increase because we are only adding in taxes and fees what would have been added further down the booking path," explained Bryan Olson, director of revenue and distribution programs at MLT. However, he noted that specials and promotions "will appear higher than our competitors' because many of them have not yet updated their pricing to fit the DOT’s full fare requirement." Lufthansa has also started including taxes and fees in its fare prices in response to customer feedback. "The shift comes in response to recent conversations with customers through various social media channels," Lufthansa said in a statement. The message, according to the airline was "that the public wants immediate access to final ticket prices when researching fares." "Travelers want the bottom line figure spelled out for them upfront," Juergen Siebenrock, vice president for Lufthansa’s Americas division, said in a statement. Doubtful few flyers would disagree with that. More from Budget Travel: Hotels: What on Earth Are "Tax Recovery Charges?" Should Airlines Have to Allow One Free Checked Bag By Law? Are holiday sweaters the new TSA target?

What Do You Think About The New Brand USA?

Unlike many other countries (think those ads you often see for Mexico, India or Thailand), the United States has for a long time lacked a unified tourism marketing strategy to represent our country elsewhere. But there's a new push to try to change that. Earlier this month, a new name, logo and campaign to market the United States to visitors the world over was unveiled as Brand USA, "America's first-ever global consumer brand." Brand USA will launch its first official advertising and marketing campaign in March of next year with the aim of promoting and increasing international travel to the United States to drive job creation and economic growth. It was initially established as the Corporation for Travel Promotion in response to the Travel Promotion Act, federal legislation passed in March 2010. According to Brand USA, the logo was created to be "fresh, welcoming and inclusive," and to remind the world of the "awesome possibilities" here. DiscoverAmerica.com is Brand USA's official consumer website. "What is so compelling about the United States is that no one thing can explain who we are as a nation," said Brand USA Chief Marketing Officer Chris Perkins. Brand USA is a Washington, D.C.-based private corporation overseen by the Commerce Department and Congress. The program is funded through a combination of private sector investment, which represents at least half the program's budget, and funds collected by the Department of Homeland Security for the visa waiver program. International travel to the United States supported 1.8 million jobs in 2010, and the average overseas visitor to the U.S. spends $4,000 per trip, according to Brand USA. What kind of message do you think Brand USA should send to foreigners about our country? About why they should visit? And who we are? More from Budget Travel: Does the DOT Tarmac Delay Fine Help Consumers? New Site Advises on How Not to Be a "Tourist" Mexico’s New Tourism Campaign: Are You Convinced?

The first penalty under the tarmac delay rule was issued this week by the The U.S. Department of Transportation, the agency fining American Eagle a whopping $900,000. The move promptly launched a debate on whether such fines might actually hurt consumers. At issue is whether airlines will cancel more flights to delay large tarmac delay penalties. The rule, which took effect in April 2010, allows the DOT to fine carriers as much as $27,500 per passenger for delays on the tarmac of more than three hours. In the case of American Eagle, 608 passengers on 15 planes arriving at Chicago's O'Hare, amid thunderstorms on May 29, were cooped up beyond the limit&mdash;45 minutes beyond in one case. The fine reflects a settlement between the carrier and DOT. "A total of $650,000 must be paid within 30 days, and up to $250,000 can be credited for refunds, vouchers, and frequent flyer mile awards provided to the passengers on the 15 flights on May 29, as well as to passengers on future flights that experience lengthy tarmac delays of less than three hours," the DOT said. For its part, American Eagle said it apologized to passengers on the delayed Chicago flights and provided either travel vouchers or frequent flyer program mileage credit. The carrier also said it had a new plan in place to avoid such tarmac delays in the future. The sizeable fine&mdash;the largest penalty to be paid by an airline in a civil protection case not involving civil rights &mdash; would appear a victory for consumers, and that's what DOT officials are touting. “We put the tarmac rule in place to protect passengers, and we take any violation very seriously,” said U.S. Transportation Secretary Ray LaHood in announcing the fine. "We will work to ensure that airlines and airports coordinate their resources and plans to avoid keeping passengers delayed on the tarmac.” Transportation officials have credited the threat of fines with dramatically reducing tarmac delays&mdash;from 693 delays of more than three hours during the 12 months before the new rule took effect to just 20 between May 2010 and April 2011. Except analysts and some in the airline industry are saying cancellations are one reason for the reduction, and that airlines will only cancel more flights under threat of big fines. "If there's a 20 percent chance of this happening, an airline will cancel," airline analyst Michael Boyd told the Associated Press. Ken Quinn, a former Federal Aviation Administration chief counsel who now represents airlines, told AP the tarmac rule will turn out to be inadvertently "anti-consumer," for the cancelation reason. But in a press release issued yesterday, the consumer group FlyerRights charged the airline industry was resorting to "scare tactics" in an attempt to thwart the reforms. "The purpose for the new passenger protections, including the fines, is to create incentives for the airlines to treat passengers more fairly, not give them an excuse to punish their customers further," said Kate Hanni, Kate Hanni, FlyersRights founder and Executive Director. "Hopefully the airlines focus their energy to comply with the new DOT rules, rather than thwart them." The DOT is completing a comprehensive study regarding the impact of the passenger protections, Hanni added. The passenger-focused group also called the $900,000 fine a "slap on the wrist." Meanwhile, all this comes as the feds are also looking into possible fines for tarmac delays last month during a freak Northeast snowstorm. Passengers on JetBlue and American flights sat for hours on the tarmac at snow-covered Bradley International Airport in Connecticut&mdash;those on one flight trapped on the plane for more than seven hours despite pleas by the captain to airport officials. More from Budget Travel: How Far Should the DOT Go to Protect Travelers? New Day for Fliers Rights Stuck on the Tarmac? How Long is Too Long