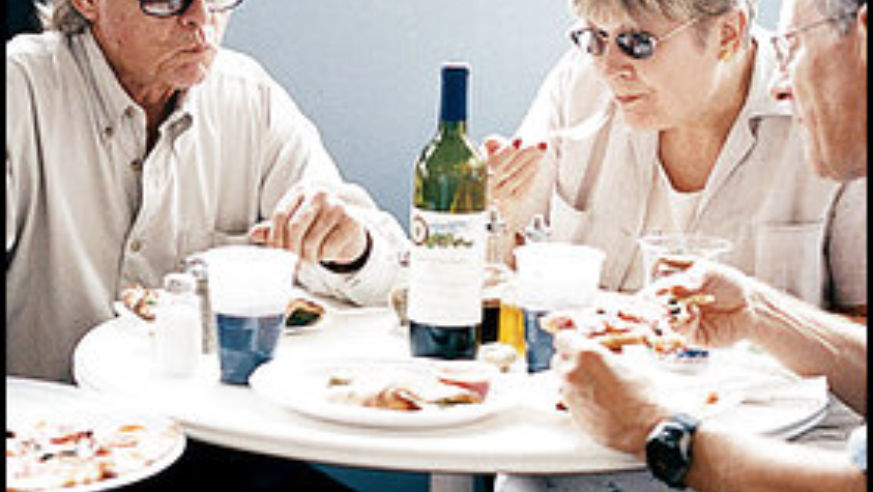 A dusty three-hour drive southeast of El Paso, Marfa couldn't be more off the map--except to the art world.

For years now, artists and writers have been making the pilgrimage to the Chinati Foundation, a museum founded by artist Donald Judd and dedicated to the preservation of minimalist art. Two artillery sheds house Judd's giant, block-like aluminum sculptures; also on the grounds are works by Dan Flavin and Claes Oldenburg (One Cavalry Row, 432/729-4362, chinati.org, mandatory tour $10, reservation recommended).

A new generation of artists/entrepreneurs has followed in Judd's footsteps. "The vast emptiness is relaxing, and the sunlight is amazing, even in winter," explains Saarin Keck, co-owner of the Pizza Foundation, in a former car repair shop (100 E. San Antonio St., 432/729-3377). Saarin's sister, Maiya Keck, runs Maiya's, a restaurant serving Northern Italian food (103 N. Highland Ave., 432/729-4410, grilled radicchio with Gorgonzola $8). Both Keck sisters are former artists and graduates of Rhode Island School of Design, and when they're not working they join their arty friends at the bar at Maiya's.

New hotels, cafés, and shops are constantly entering the scene. The Thunderbird is a year-old reinvention of an old horseshoe-shaped roadside motel, courtesy of the folks behind Hotel San Jose in Austin (601 W. San Antonio St., 432/729-1984, from $95). The Brown Recluse, a used bookstore and breakfast café in a cute bungalow, also recently celebrated its first anniversary (111 W. San Antonio St., 866/731-1811).

Rumors are flying, meanwhile, that a gourmet food shop and a hipster boutique may be in Marfa's future. "There's a lot happening," says Krista Steinhauer, general manager of the Thunderbird. "But it's still definitely the Wild West."