Maybe if we could get through security faster, we'd travel more 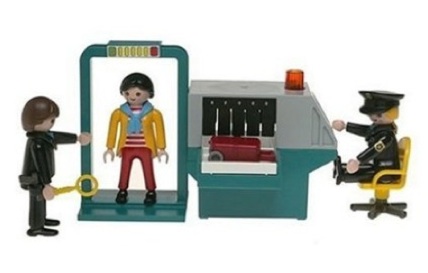 There has got to a better way to move people through airport security, according to the U.S. Travel Association, a travel and tourism advocacy organization.

In light of the Transportation Security Administration's proposed "trusted traveler" program that would offer expedited screening at major U.S. airports for those willing to undergo a background check and pay an annual enrollment fee of between $100 and $150.

Travelers would take two to three more trips per year if the hassle involved in flying could be reduced without compromising security, according to a TSA study.

"Travelers deserve a trusted traveler program that provides predictable wait times at airports and a screening process that recognizes their low-risk nature," said Roger Dow, president and CEO of the U.S. Travel Association, which has been advocating that the TSA go forward with the trusted traveler program. "We now know that frequent travelers are willing to pay for a better security experience."

The TSA officially recognized the need for change in a report released in March, which acknowledged that "each day in the United States, roughly two million air travelers are advised to arrive upwards of two hours before a flight in order to be processed through a one-size-fits-all security screening system."

The TSA noted that while there have been no successful terrorist attacks on an American aircraft since Sept. 11, 2001, the current security screening system is not the most cost effective or efficient system the U.S. is capable of carrying out.

"The country that put a man on the moon, invented the Internet and creates daily innovations in manufacturing can and must do better," the TSA stated.

What about you? Would you pay to be able to zip through security? Would you take more flights if you could?

Let us know by voting in our poll or by commenting below. 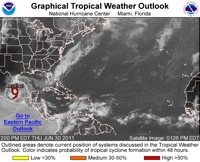 It seems a bit unfair that some of the most alluring beach destinations throughout the Caribbean and Mexico are tormented by the annual threat of hurricane season. But it's a fact of life for the destinations and the bathing suit-clad travelers heading there, so better to be prepared than to be caught, literally, in the eye of the storm. According to the National Hurricane Center, hurricane season runs from June through November. In fact, "the first named storm of the season hit Mexico's East Coast this morning," noted Travel Weekly's Caribbean Editor Gay Myers. Tropical Storm Arlene hit near Veracruz, which is not a tourist area, "but it doesn't bode well," said Myers. "It's predicted to be an active season." So if you've booked, or plan on booking, a vacation to hurricane-prone destinations, there are some precautions you should take that could salvage your trip in the event of a storm. First, double-check the cancellation and refund policies of the airlines, hotels and car rental companies you are booking for your trip. "If you're traveling to a hurricane zone during storm season, you'll want to make sure your travel insurance policy covers you for delayed flights, trip interruptions due to severe weather and trip cancellations due to a hurricane threatening or destroying your destination," advised Brenda O'Neale of Homstead, Pa.-based Global Travel International, who specializes in the Caribbean and Mexico. If the hurricane happens before your trip, you'll want to make sure that your travel insurance plan includes trip cancellation for hurricanes and natural disasters and that it will refund you any pre-paid non-refundable trip expenses if you have to cancel before your scheduled departure due to a hurricane, explained O'Neale. Read the fine print. The policy has to be purchased pre-hurricane in order to cover for the hurricane. "My advice for travelers in hurricane season is to purchase cancel for any reason insurance," said Ellen Paderson of Boston-based Smiles and Miles Travel. "This way if they see on the weather that there may be a hurricane at the time they are traveling, they may want to cancel or postpone their travels for another time." As for whether and what to pack in an emergency kit, the advice varies. O'Neale said that if you feel obliged to pack a kit, it should include cash, a radio and batteries, a flashlight (with more batteries), non-perishable food and water for three days, rain gear, insect repellant and sunscreen, and your prescription medications. Myers however feels that packing flashlights, batteries and ponchos "doesn't make a lot of sense and takes up space in carry-ons." More from Budget Travel: Five Questions to Ask Before You Go New boarding procedures lead to chaos in the cabin Why cruise ships almost never stay in port overnight 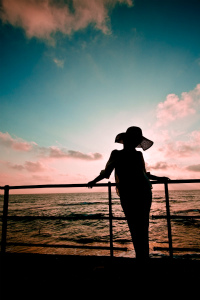 For years, Time Out London has been publishing Lies to tell tourists, a weekly series of "cheeky misdirections" for locals to say to visitors. The city magazine recently invited Twitter users to chime in, and the response was enormous. A sample lie: "When on the Tube, it's customary to introduce yourself to the people sitting next to and opposite you." The Economist got into the fun by inviting its readers to share their ideas, expanding the concept to destinations worldwide. More than 300 readers chimed in with their own. An editor then picked his ten favorites. These are a couple of them: davidovada: Here in Italy it's smart to order a cappuccino with your meal. It alerts the waiter that you know what you're doing and you won't get the "tourist treatment". Robert Acquet: When visiting the Bernabeu [football stadium] in Madrid, don't forget to wear the national colours: blue and burgundy vertical stripes. It's worth it to click through to the full list. Ditto, for Time Out's original one. But don't stop there. Why not get it on the fun? Share with us the worst tourist advice you can imagine. Extra points for humor. MORE FROM BUDGET TRAVEL The disappearance of cheap red-eye flights in the US The dozen best photos shot by readers and submitted to Budget Travel in the past year The five smartest vacation photos you've never taken 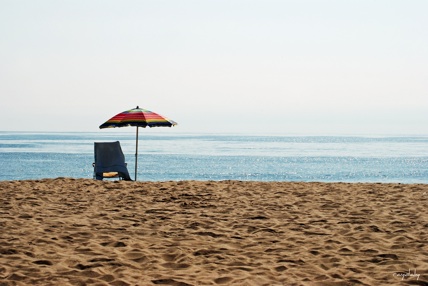 Is tanning worth it?

It's the official start of summer, and as such it's also the unofficial start of tanning season. But with increasing research and information available about the risks of tanning, is that beach-bronzed skin worth the health threats? First off, let's go over sun basics 101. According to the American Academy of Dermatology, sunlight consists of two types of harmful rays: ultraviolet A (UVA) rays and ultraviolet B (UVB) rays. UVA rays (which can pass through window glass) penetrate deeper into the skin. UVA rays can suppress the immune system's ability to protect against skin cancer and exposure to UVA can lead to wrinkling and age spots. if (WIDGETBOX) WIDGETBOX.renderWidget('9f2fe998-0e21-4f79-88dc-7e2cd816e19f');Get the Poll Creator Pro widget and many other great free widgets at Widgetbox! Not seeing a widget? (More info)The UVB rays are the sun's burning rays (which are blocked by window glass) and are the primary cause of sunburn. The Academy has this good tip: "A good way to remember it is that UVA rays are the aging rays and UVB rays are the burning rays." And note that excessive exposure to either form of UV rays can lead to skin cancer. In other words, there is no safe way to tan (sigh). But, there are safer ways to tan. This is the American Academy of Dermatology's recommendations for how to be "sun smart:" - Generously apply a broad-spectrum, water-resistant sunscreen with a sun protection factor (SPF) of at least 30 to all exposed skin. "Broad-spectrum" provides protection from both UVA and UVB rays. Reapply about every two hours, even on cloudy days, and after swimming or sweating. - Wear protective clothing, such as a long-sleeved shirt, pants, a wide-brimmed hat and sunglasses, where possible. (Check out Japanese clothing store Uniqlo's new line, Uniqlo UV Cut, that claims to filter out UV rays.) - Seek shade. The sun's rays are strongest between 10 a.m. and 4 p.m. (That's right, time to invest in a beach umbrella. I'm on the hunt for a 1950s-style, nautical striped number&hellip;) - Use extra caution near water, snow and sand because they reflect the sun's damaging rays, which can increase your chance of sunburn. - Get your daily dose of vitamin D safely through diet and vitamin supplements. - Avoid tanning beds. Ultraviolet light can cause skin cancer and wrinkling. If you want to look tan, consider using a self-tanning product, but continue to use sunscreen with it. - Check your birthday suit on your birthday. If you notice anything changing, growing or bleeding on your skin, see a dermatologist. Skin cancer is very treatable when caught early. What about you? Are you planning on tanning despite the odds? Let us know by voting in our poll or commenting below. More from Budget Travel: 5 best new ice pops in the U.S. New budget airline Vision delivers cheap fares Great surf spots you've (probably) never heard of

The disappearance of cheap red-eye flights

Whatever happened to the cheap red-eye flight? It seem as if the discounted overnight U.S. flight is vanishing, going the way of the hotel bathtub, the airplane no-smoking sign, and the daytime soap opera. You might assume that a flight at a witching hour is cheaper than a flight during the day. Yet that's not true anymore, as airline analyst Jared Blank has pointed out in a post at Online Travel Review. As Blank notes, in the mid-'80s, Eastern Airlines ran "night coach" fares for coast-to-coast red-eyes for half the regular fare. The catch? There were layovers in the middle of the night in Chicago, Houston, or Kansas City, Mo. Today, not only is Eastern Airlines long gone, but the entire idea of a low cost middle-of-the-night plane trip has vanished. Few airlines would allow a 3:30 a.m. stopover today. They want to avoid having tired pilots make mistakes and having residents near the airports complain about noise. Sure, the airlines still run transcontinental flights that take off and land at odd hours. But these flights aren't bargains anymore. In some cases, they cost more than flights at reasonable hours. JetBlue's overnights from Seattle to NYC, for instance, depart at 10 p.m. and arrive at 5:52 a.m. (local time) yet are more expensive than daytime flights on the same route. Such pricing is typical for fares for cross-country trips from the West Coast. Perhaps American workaholics are now willing to pay top dollar for absurdly scheduled flights that airlines used to have to give away on the cheap. if (WIDGETBOX) WIDGETBOX.renderWidget('001297bb-4787-4acd-84a2-6deeb6bc57de');Get the Poll Creator Pro widget and many other great free widgets at Widgetbox! Not seeing a widget? (More info)Red-eyes exact a brutal toll with jetlag because of their short duration and the resulting time zone change. How much savings would be worth it for you to take a redeye if it were cheaper? $50? $100? $200? Vote in our poll. MORE FROM BUDGET TRAVEL Hotel bathtubs are an endangered species What's your take on Airbus' vision for the future? Open secret websites for booking hotels Should airlines allow U.S. soldiers to board planes first? Photo: Courtesy Departed Flights