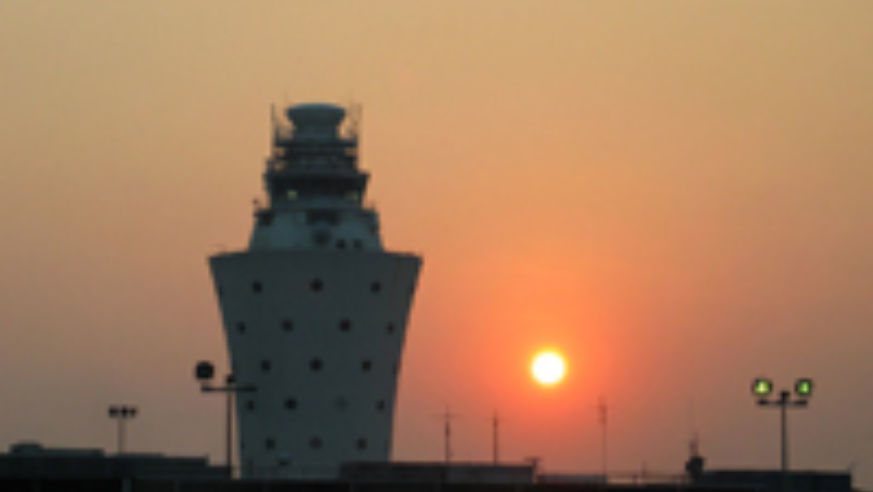 Trash LaGuardia and rebuild it.

Ward said, "LaGuardia should not be the gateway for domestic fliers into New York City. He added that the airport "should fundamentally be torn down and rebuilt."

Good news: Three months ago, the Port Authority approved a $40 million contract to plan a re-design for the airport's largest terminal.

LaGuardia's delays make everyone in the country late. About 30 out of every 100 flights out of this airport were delayed last year, with effects rippling across the nation.

Pilots hate LaGuardia, too: Says one, after a typical take-off:

The taxiways are asphalt so the plane sinks every time we stop. 40% power on one engine won't move the plane, so we have to gun it. Every plane is shaking every other plane trying to get going. They land on a crossing runway and with the IFR spacing restrictions, takeoffs happen half as often as normal.

Why would rebuilding LaGuardia be good for the city? New York City could become a global showcase for transport. Redesigned runways would be safer and more efficient. Easy-to-understand, speedy rail links into Manhattan, would allow visitors to hop trains and shuttles that run into the wee hours. The city could exploit its position between China and Europe and create an infrastructure to support a truly 24-hour airport for a truly 24-hour city. It would make a positive first impression on visitors.

Yet a wholesale rebuild isn't likely given our financial crisis. The Port Authority is low on cash, partly because the federal government puts limits on the so-called passenger facility charges that are added to plane tickets and are currently $4.50 per passenger, according to the Federal Aviation Administration's site.

One solution: Privatize the airport. A private firm might much more quickly hand out the contracts to cutting edge design and architecture and engineering firms, reinventing LaGuardia more cheaply.

What do you think? Should LaGuardia—invented as part of F.D.R.'s New Deal for about $600 million in today's dollars—be re-built from scratch, in phases? Or should we make do with what we have, which has been working well enough?

Post updated on May 12 to add the quote from the pilot.

CORRECTION: Post updated on May 14 to correct the name of JetBlue's JFK Terminal. Sorry.