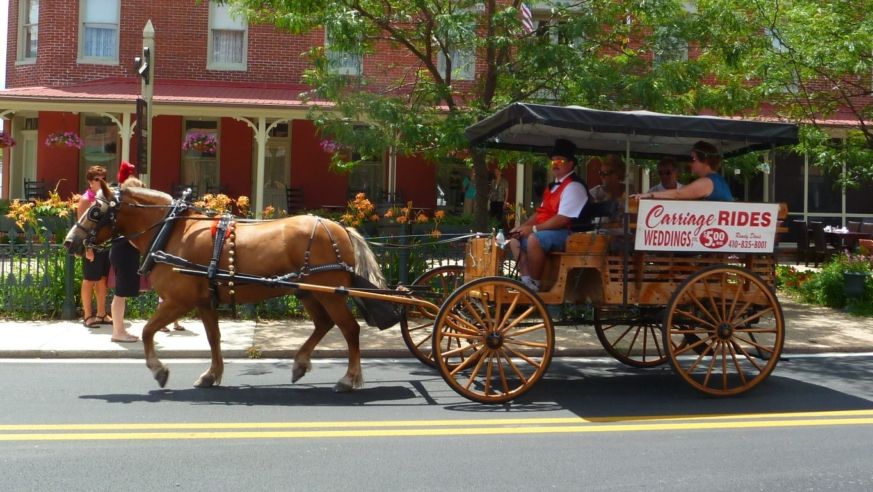 Berlin's citizens—and fans from around the U.S. and beyond—helped get the town nominated last fall when Budget Travel solicited suggestions from tens of thousands of online readers. The editors tallied up the nominations, added a dash of editorial discretion for regional and cultural diversity, and came up with a list of 15 finalists—cool burghs from Upstate New York to the foothills of the Sierra Nevada Mountains in California, from northern Colorado to the Everglades, and, of course, the Maryland shore.

Now, after more than a month of online voting, Berlin, MD (population 4,563), has earned the title of "Coolest."

Berlin not only has a dedicated citizenry and fan following (it grabbed more than 28 percent of the votes among the 15 finalists), but it's also a truly spectacular place to visit or put down roots. Like the beautiful backdrops in the films Tuck Everlasting and The Runaway Bride? Thank Berlin, where both movies were shot. Ready for a getaway that includes Maryland's awesome Ocean City beach and boardwalk and gorgeous Assateague Island? They're just a few miles from Berlin's downtown (a National Register Historic District), which plays host to fun events all year long, from the regular farmers market to one-of-a-kind bashes like the Berlin Fiddlers Convention, New Year's fireworks, Victorian Christmas (complete with horse-drawn carriages), and even bathtub races! Whether you're a beach lover, hiker, kayaker, bird watcher, or history aficionado, put Berlin on your list of small-town must-sees (in fact, put it at the top of your list—we just did!).

So, congrats to the people of Berlin, MD, and its mayor, William "Gee" WIlliams III (who just earned a growler of craft beer from second-place finisher Cazenovia's mayor, Kurt Wheeler). And let's join them in a rousing chorus of "Cool Berlin," by local songwriter Steve Frene, written especially to promote the town's campaign for the top spot.

Here are the top 10 towns in Budget Travel's 2014 America's Coolest Small Town contest. (Online voting among 15 finalists began in mid-January and ended at 12 a.m. Tuesday February 25. Total votes cast were 137,819, with the winner receiving 39,285 votes.) Each of these 10 towns will be honored in an upcoming feature on BudgetTravel.com and an upcoming story in Budget Travel's tablet edition: