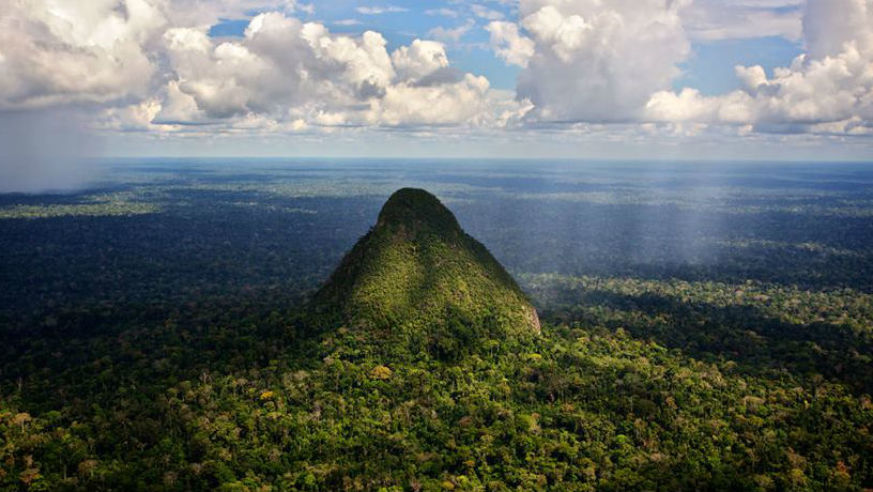 Peru has announced the establishment of Sierra del Divisor National Park, a 3.3-million-acre reserve in the Amazon that will protect endangered wildlife and indigenous communities.

Some are celebrating the new park by dubbing it the “Yellowstone of the Amazon,” but in fact Sierra del Divisor is bigger than Yellowstone and Yosemite put together, and is the final link in a much bigger chain of protected areas, the Andes-Amazon Conservation Corridor, which will now cover 67 million acres.

Reflecting nine years of work by nonprofits such as Rainforest Trust and the Center for the Development of an Indigenous Amazon and the Peruvian government, the new park is, according to Paul Salaman, CEO of Rainforest Trust, “one of the greatest refuges for biodiversity on Earth.”

The area, which, thanks to this national park designation, is now protected from logging, oil exploration, coca cultivation, and other deforestation activities, is home to 21 indigenous groups, and animal species that include giant armadillo, jaguar, the unusual bald uakari monkey, and others.

Budget Travel will keep an eye on new opportunities for U.S. travelers to responsiby (and affordably) explore the Amazon region in light of this new park designation. If you've got the Amazon on your to-do list, we’ve recently recommended Friendly Planet’s Exotic Ecuador and Peru tour.

TALK TO US! We want to know: Have you visited the Amazon? Are you planning a visit in 2016?