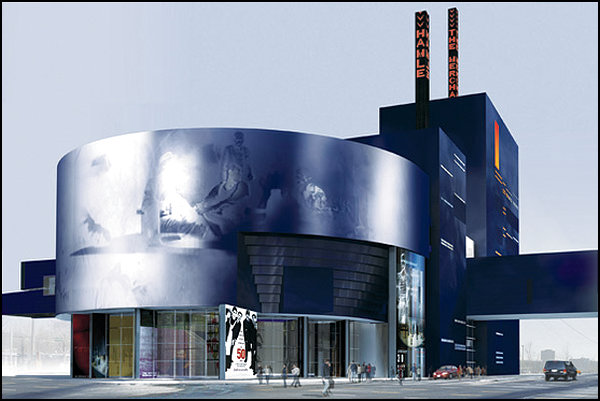 Last spring, when the Walker Art Center unveiled a $74 million addition by Swiss architects Herzog & de Meuron, it was only the beginning of Minneapolis's architectural moment.

There's the Central Library's new home by Cesar Pelli, a $139 million glass-and-limestone building on the south end of Minneapolis's pedestrian mall. A café and bookstore open off the soaring Library Commons atrium, where there's an Egyptian-marble floor with inlaid glass and marble designs by artist Lita Albuquerque. The collection is spread across four floors, and reading areas have fireplaces with mantels by local artists (300 Nicollet Mall, 612/630-6000, mpls.lib.mn.us).

South of downtown, at the Minneapolis Institute of Arts, a three-story wing by Michael Graves opens June 11. The $50 million Jura-limestone addition creates 40 percent more space for the multiethnic and modernist collections. The architect's signature aesthetic can be seen in the maple trim and doors accenting stark white walls that surround a three-story rotunda (2400 Third Ave. South, 612/870-3200, artsmia.org, free).

Less than two weeks later, the new residence of the Guthrie Theater will be inaugurated. The $125 million complex, designed by French architect Jean Nouvel, features ghostly images of past productions printed on the blue steel exterior of the 10-story building. A 100-foot-long escalator leads to a fourth-floor lobby, from which an enclosed walkway is cantilevered 178 feet (about half a block) toward the Mississippi River. At the end, an outdoor terrace has an unparalleled view of the river and St. Anthony Falls. Nouvel calls the walkway "the endless bridge." The fourth floor contains two main theaters: a 1,100-seat one and a 700-seat one. A third theater, with just 250 seats, is on the ninth floor. It has its own windowed lobby, constructed entirely of yellow glass (818 Second St. South, 612/377-2224, guthrietheater.org). 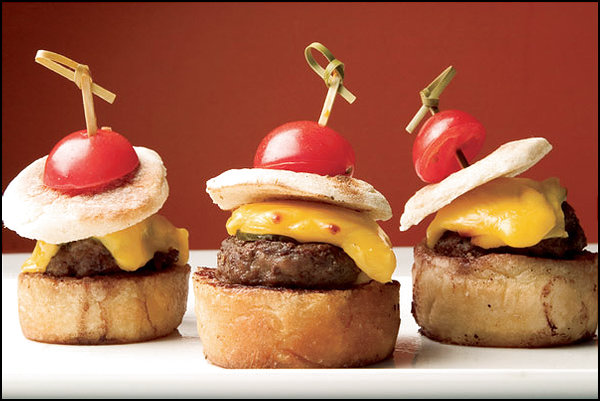 Fast Food With a Pedigree

The latest point of pride for star chefs has more to do with French fries than foie gras. In December, David Burke, of New York's Davidburke &amp; donatella, launched Burke in the Box in the flagship Bloomingdale's (1000 Third Ave., 212/705-3800). A Kobe beef hot dog ($14) pairs well with fries topped with Asiago cheese and truffle oil ($4.50). Burke doesn't like to call it fast food--&quot;I think of it as fast casual&quot;--and, to add to the distinction, diners who eat in are served on real china. Thomas Keller, the chef at two of the country's best-reviewed restaurants (French Laundry in Napa Valley and Per Se in New York), is expanding the reach of Bouchon Bakery, his Yountville, Calif.-based boulangerie. In March, a New York outpost opened one floor below Per Se, in the Time Warner Center (10 Columbus Cir., 212/823-9366). Next month, a third location makes its debut in the Venetian in Las Vegas. The menu now features more substantial fare, including a delicious Ni&#231;oise salad sandwich ($13.25). Three years ago, Tom Colicchio, of Craft in New York, spun off a sandwich shop cleverly called 'Wichcraft, where deli standards like roast turkey get dressed up with avocado, grilled onions, and thick bacon (sandwiches from $6, wichcraftnyc.com). The burgeoning chain now has three outposts in New York and one at the MGM Grand in Las Vegas. This year, Colicchio plans to open six more in Manhattan, as well as one in San Francisco. One of the pioneers of the haute fast-food trend is Spanish chef Ferran Adri&#224;, of El Bulli. His Fast Good opened in Madrid in 2004; a second recently followed, in the city's upscale Salamanca district (3c Juan Bravo, 011-34/91-577-41-51); and there's a third in Santiago, Chile (2890 Av. Isidora Goyenechea, 011-562/326-2604). The company plans 12 more locations across Spain and an expansion to international cities, including New York, within the year. The famously experimental chef is less ambitious than at El Bulli, but fare at Fast Good is hardly run-of-the-mill. Burgers are made of veal and served with Manchego, Gorgonzola, or Tetilla cheese on crusty Galician bread ($7). In October, Rick Bayless opened Frontera Fresco at the food court in downtown Chicago's Marshall Field's. Sweet corn, goat cheese, and green chili tamales go for just $2.75 each (111 N. State St., 312/781-4483). The same month, also in Chicago, Charlie Trotter introduced Trotter's To Go Express. His Darjeeling tea--cured smoked salmon sandwiches ($8) became an instant hit (200 W. Monroe St., 312/499-0640). Known for 10-course degustation meals, Trotter says his own need for speed inspired him. &quot;As the parent of a busy teenager, I don't have the luxury of sitting down for hours at each meal,&quot; he says. &quot;A fast meal doesn't have to be fast food as we know it.&quot;

The basics of ecotourism are fairly easy to grasp: Businesses that cater to tourists follow special policies to protect the environment, aid the local community, and educate travelers. But considering there's no universal set of standards, and nearly 100 groups offer various &quot;eco&quot; certifications and memberships, doing the right thing is a lot more complicated than one would hope. A vacationer looking to spend time and money in an environmentally conscious manner might run across names such as Sustainable Travel International, Conservation International, Rainforest Alliance, The International Ecotourism Society, Green Hotels Association, and EcoClub, as well as regional associations like Ecotourism Australia and Travel Green Wisconsin. Each has the same idea at heart, but good values can be put into action in very different ways. Ecotourism Australia awards attractions, tours, and accommodations three categories of certificates: Nature Tourism, Ecotourism, and something called Advanced Ecotourism. The Costa Rica Tourism Board tabulates the results of questionnaires and on-site visits to rate eco-lodges on a scale of 0 to 5 green leaves. The Green Hotels Association sends members a 136-page booklet with info about noise control, composting, and other environmental issues, but the only real qualification to join is payment of an annual fee of $100-$350. Adding to the confusion are operations that eschew official recognition yet stick to rigorous environmental guidelines, such as the adventure outfit Mountain Travel Sobek. The best way, then, to find out what a hotel, resort, or tour operator does--and doesn't do--for the earth is to ask questions. You may not completely understand the answers; what does sustainability mean anyway? But you should listen closely nonetheless. If it sounds like the employee you're talking to is making things up or has never heard the questions before (let alone answered them), there's a problem. How do you conserve resources? It's easy to request that guests reuse towels; hotels taking water conservation a step further irrigate lawns and gardens with gray water (from bath and laundry sources) rather than fresh water. Guests should be encouraged to walk, ride bicycles, and take advantage of public transportation and energy-efficient vehicles such as hybrids. Renewable energy sources, such as solar and wind power, are good signs, as is the separating of trash and composting. Whenever possible, buildings should be constructed with recycled materials and timber from renewable sources. Disposable items are best avoided. How do you protect plants and animals? Pedestrians and cyclists should stay on trails, and vehicles on roads. If your guide hacks up trees for firewood or your group disturbs wildlife and doesn't back off, something's wrong. Outside of qualified breeding programs, wild animals are never to be caged. What do you do to help the community? Not every company will be locally owned and operated, but outfitters and lodges should at least hire local staff. Beyond jobs, many operations emphasize charity. The owners of Lapa Rios, a five-leaf eco-lodge in Costa Rica, helped build a school in a rural area that lacked electricity and phones, while Guerba, a U.K.-based tour company, has raised more than $64,000 for homeless kids in Tanzania. When it's time to eat, look for restaurants selling regional, organic food. What ecotourism activities do you offer? One of the best things an eco-resort can do is impart awareness to guests. Snorkeling above coral reefs, hiking in rain forests, and rafting in remote rivers can be both thrilling and educational. Shopping excursions should focus on goods made locally, ideally with opportunities to learn about workers' lives and culture. And of course, activities ought to be respectful and avoid damaging the environment. Cooking with lightweight gas stoves causes less harm than using campfires. If you do light a campfire, always set it up in an established fire pit or ring. When you're snorkeling, never touch the coral. Optimally, you'll bring these practices home. Truly successful ecotourism changes not just the way you vacation, but the way you think--no matter where you are. 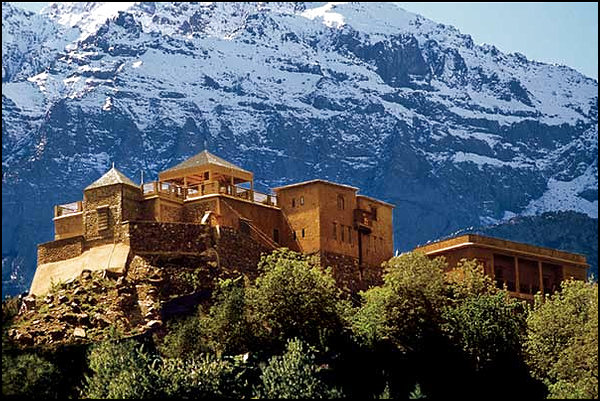 Hotels.com--to pick just one major booking engine--says it allows customers to search among and make reservations at &quot;more than 25,000 properties worldwide.&quot; Sounds impressive, until you realize the U.S. alone has more than 47,000 hotels with at least 20 rooms. Why don't travel sites offer more options? There are two main reasons. First, they choose not to list certain properties. Big sites may not work with lodgings outside the mainstream--a converted medieval castle, for example, or a harborside boat that rents cabins. Expedia believes travelers aren't coming to its site if they're looking for a hostel or one-star hotel, so Expedia doesn't list any of them. The fact that it's easier to make money on upscale hotels--there's a higher profit margin--certainly influences the decision. Second, you can't assume that a property will want to be featured on a site. Hotels pass on a booking engine if they believe it attracts the wrong clientele, if it takes too big a cut of the cash, or if they simply think it's unnecessary. Searches at Expedia and Hotels.com occasionally turn up totally different properties, even though the sites are owned by the same parent company, because some luxury hotels, for example, don't want to be listed at the latter, which is perceived largely as a hotel clearinghouse. If you're planning a visit to a popular tourist area and you're interested in a moderate to upscale hotel (a chain in particular), the major sites will absolutely do the job. But for out-of-the-ordinary places to stay--which are often the most memorable, for better and for worse--take a look at these out-of-the-ordinary websites. Inns and B&Bs BedandBreakfast.com A database of 28,000 B&Bs worldwide, including nearly 6,000 that can be booked through the site--with photos and expanded descriptions. English-Inns.co.uk More than 500 historic hotels and country inns. OZBedandBreakfast.com About 1,400 B&Bs throughout New Zealand and Australia. Rustic DudeRanch.org A round-up of more than 100 places for cowpokes in western North America. EstanciasArgentinas.com Hundreds of Argentinian ranches open to day and overnight visitors. Gites-de-France.fr France's resource for 55,000 B&Bs, apartments, and chalets, most in rural areas. NZHomestay.co.nz Dozens of homes and farms in New Zealand that rent rooms; the same company also operates AustralianHomestay.com. Agriturismo.com Italy's association of 1,200 farmstays and countryside villas. One of a Kind HistoricHotelsofEurope.com A collection of 16 associations with about 1,000 extraordinary properties in total, including Irish manor houses, Austrian castles, and hotels in the Swedish countryside. TravelIntelligence.com Some 3,000 hotels handpicked by 120 travel writers; you're able to search by category, such as Urban Hideaways, Barefoot Luxury, Budget Chic, and Off the Beaten Track. Uhotw.com Unusual Hotels of the World lists 127 lighthouses, prisons, caves, and other unique places to spend the night. Inexpensive Venere.com Italian booking site for more than 12,000 European properties, including one- and two-star hotels, as well as B&Bs, apartments, pensions, and hostels. CheapAccommodation.com Thousands of properties, most skewing to the low end. Like sister site Cheapflights, it doesn't search availability. ViaggiaeDormi.it Hundreds of moderate Italianhotels and more: pensions, B&Bs, apartment rentals, and agritourism stays. Condos &amp; Apartments VacationSpot.com A partner of Hotels.com, it focuses on private homes, condos, villas, and resort suites. Vrbo.com Basically, classified ads for 52,000 condos and vacation homes, booked directly through the owners. ResortQuest.com Management company handling about 17,000 rentals in popular North American destinations. ApartmentService.com Catering primarily to business travelers since 1981, it rents 2,000 apartments, the vast majority of which are in Europe.